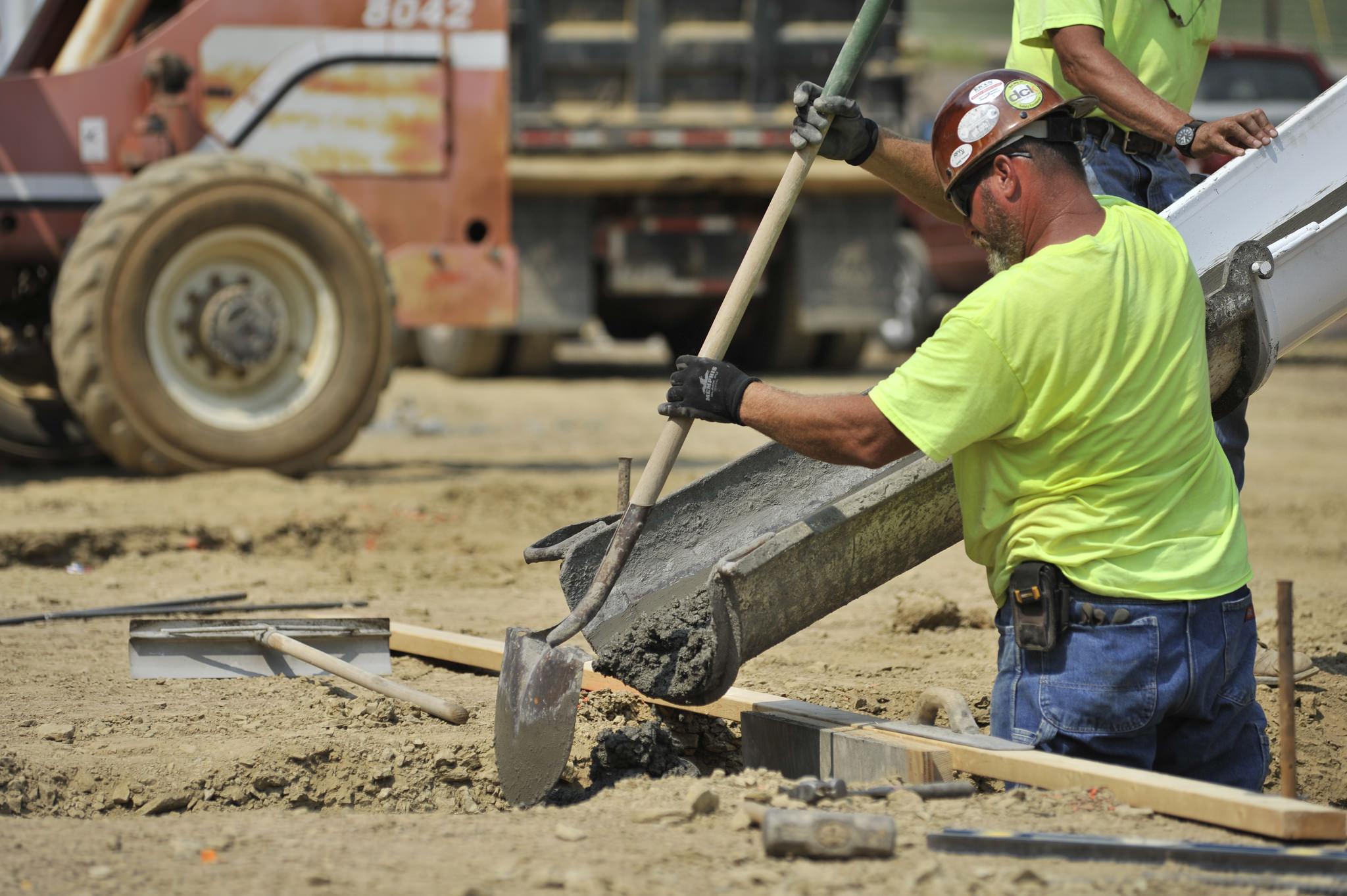 The construction of the first phase of Franciscan Square, which is to include the new Best Western Plus University Inn and the two restaurant spaces, is on schedule with a September 2016 completion date.

Joe McGurn, director of Physical Plant Services at Franciscan University, said that the plan for Franciscan Square, which has been in the works for at least four years, has involved working with real estate consultants, architects, lots of numbers, schemes and ideas.

He said that it has been exciting to see the square come to life and “getting it off of paper.”

What used to be the town dump before the 1960s is now being transformed into the “largest commercial development in Steubenville in decades,” according to a press release.

McGurn explained, “Back in those days, most people heated their homes with coal, and so you have all of the clinkers and chunks after burning coal,” which were dumped in the property across the street from the eventual university property.

The remains of the dump that workmen have been clearing away contain glass bottles and cinders as opposed to sewage, chemical compounds or kitchen waste, said McGurn.

The foundation of the first three buildings has been completed as the cold weather begins to arrive, and the framing of the space will begin within the next two weeks, said McGurn. Once the roof and structure is up, the electrical and plumbing can continue throughout the winter months, he continued.

“The full build-out of the site would be the hotel, two outparcel buildings which is the restaurant discussion and a central green in between those,” said McGurn. “Starting out that would just be grass, but could change into an outdoor skating rink, outdoor farmers markets or things of that nature eventually. And then there is room for four other office buildings.”

He further said that there are currently expressions of interest being put forward for the restaurant space in the square.

“We are aggressively talking to a number of interested parties, but there is nothing definitive yet,” said McGurn about the search for the restaurant addition to the square.

About the search process he said, “There is a lot more to it than meets the eye.”

Alongside the three buildings currently being built, there is room for four other buildings on the green strip that are “pad-ready” for any interested businesses, said McGurn. He explained that “pad-ready” means all of the underground plumbing, electric, drain lines and other utility feeds running in and out of the buildings has been completed.

McGurn said that he believes that in another five years, the other four buildings will be completed and fully functional.

He also said that the foundation for the buildings of phase one have been completed and the construction workers have begun pouring the concrete floor for the buildings. Within a couple weeks the “exterior skin” of the building will be going up, said McGurn.

Dispelling the rumors, McGurn said the tower that can be seen by those who pass by is not actually an elevator shaft that takes people to a bridge to cross to campus, avoiding the long walk up the hill. It is simply one of the stairway shafts located within the hotel footprint, he said.

The construction will continue throughout the winter with the goal of opening for business near the start of the next school year, he said.

“There is a lot to happen between now and then,” said McGurn.

McGurn said the concrete slab that can be seen from the roadway is a reinforced concrete wall to eliminate the “hillside stability issues” that the construction crews have faced.

The construction crew is placing 600 nails in the hillside, said McGurn. These nails are an inch and a quarter diameter and about 50 feet long, he said. They dig a hole into the hillside, position the nail inside, and then pump the hole full of gravel to strengthen the nail, he explained.

While normally only 50-60 bags would be pumped into each hole, with some of the nails they are putting in about 300 bags of gravel, weighing 80-pounds each, per hole for the safety of the hillside.

The extra pounds of gravel placed in some of the openings are “filling up all of the fractures,” said McGurn.

McGurn also said that the construction workers tie the individual nails together with reinforcement steel mesh and then spray eight inches of concrete on top of it, which is what students can see from lower campus.

The projected opening date for the renovated men’s dorm, currently the Best Western University Inn, is August 2017, he said. With the estimated capacity being 180 students, it would first be used to eliminate the compression that Franciscan housing has in the current dorms and then to increase enrollment numbers, he said.

McGurn also said that both Damon’s Bar and Grill and the swimming pool will be removed once the renovation of the inn into a men’s dormitory is completed. The area that is now the pool will be turned into a multipurpose recreational area with a basketball court, indoor school or something of the like, he continued.

With the residence halls full to bursting, McGurn said the addition of this new dorm will help to alleviate the close quarters.