Fine arts department brings “Enemy of the People” to Franciscan 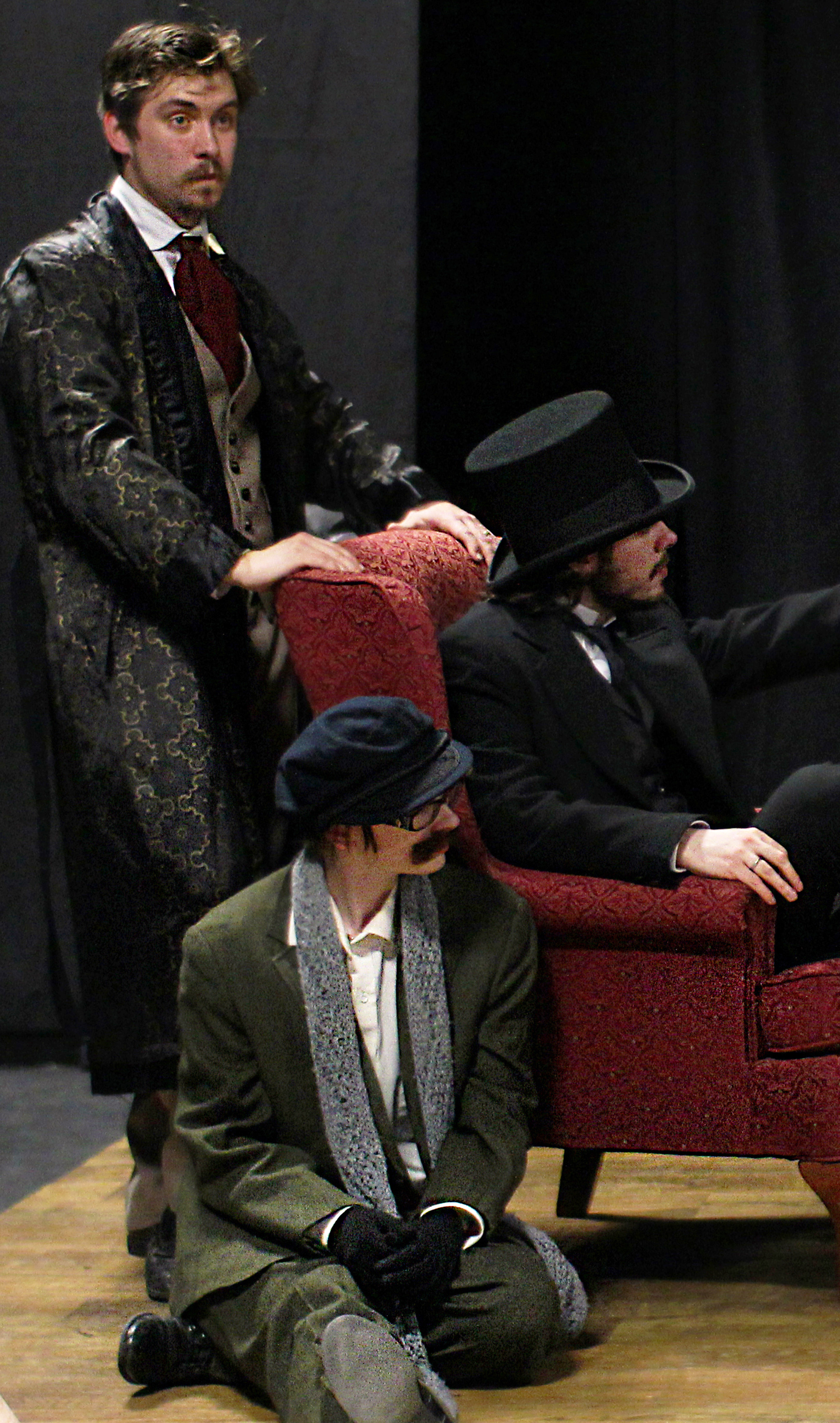 “Without power, what good is the truth?”

Such lines of dialogue captivated audiences in Anathan Theater from March 20 to 29 as Franciscan University’s many showings of Henrik Ibsen’s “Enemy of the People” provided entertainment, philosophy and high-quality theatre.

Presented by Franciscan’s fine arts department, this version, adapted by Arthur Miller from the classic into a more appropriate theatrical production, tells the story of Dr. Thomas Stockmann. In his continuously refuted efforts to inform the town of contamination in its spring water, the character, portrayed by student actor Michael Stetson, is eventually ostracized by all members of the town.

Mayor Patricia Stockmann, played by Caroline McCaughey, is the first to outcast the doctor followed by Hovstad (played Chris Bradley), the editor of the People’s Daily Messenger. Act One climaxed when Thomas Stockmann finds the mayor’s cane in the newspaper office, a discovery which establishes firmly the confrontation which must occur in the following act.

The play itself was written by Ibsen in 1882, in his native Norwegian language. Although without a doubt the play contains multiple threads of possible interpretation, it was actually written as a response to the public outcry following one of his previous works, “Ghosts,” in which Ibsen publicly challenged Victorian ethics. Interestingly, upon its publication, the playwright himself was unsure whether to label the work a comedy or a tragedy, as “it may have many traits of comedy, but it is also based on a serious idea.”

Student-actor David Johnson, responsible for a masterful representation of Captain Horster in the production, expressed his pleasure in being paired with such a wonderful cast. “I just enjoyed getting to know everyone in the drama department and making some good new friends.”

Johnson was also quick to identify the hardest part of his preparation for the play: “The main thing was that I was forced to grow this beard.”

As stated in the pamphlet distributed at the doors of the production before the play’s beginning, the fine arts department is dedicated to “follow the instructions of Pope John Paul II, who calls upon all men and women to make their own lives ‘works of art.’” Judging by the resounding standing ovations which frequented the conclusion of nearly each showing, the characters, set and dialogue surpassed this standard of art, in a truly masterful student representation of Ibsen’s dramatic work.

2015-03-31
Previous Post: Graduate students no longer to be housed in Assisi Heights
Next Post: The 40 Film: presenting the pro-life movement in a new light