Drink and discuss seeks to bring out masculinity 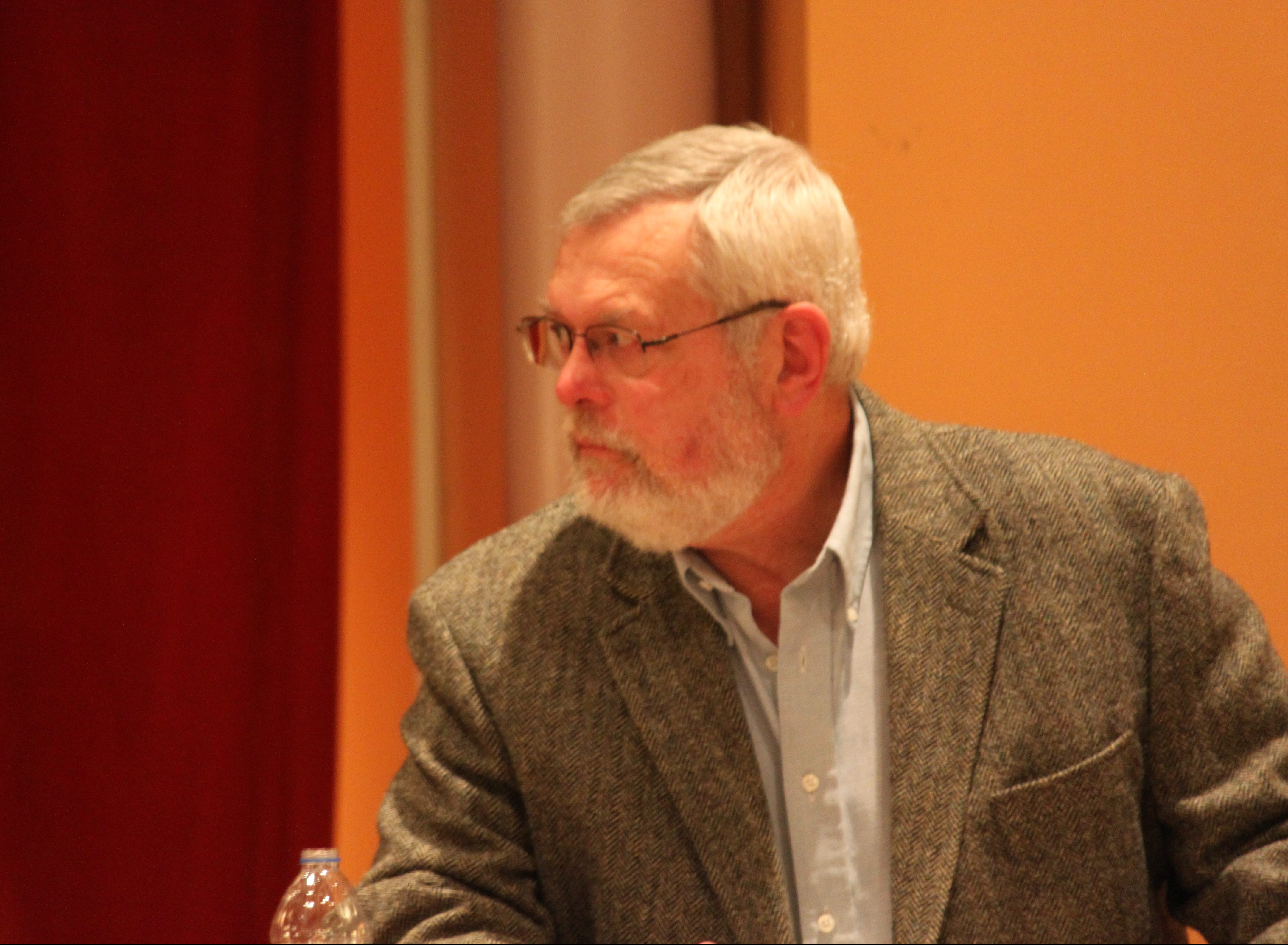 On Wednesday, the final Men’s Ministry Drink and Discuss of the fall semester was a powerful one: James Gaston, a professor at Franciscan who holds a doctorate in history, defined the concept of Catholic masculinity as an unceasing adventure.

Gaston addressed an attentive Gentile Gallery. “Students often fail to internalize what they are learning,” he began, after Bob Siemens, director of the Office of Evangelization, began the night in prayer.

The internalization of knowledge into the heart, maintained Gaston, is always important in academic study, but with regard to knowledge of Christ, it includes “coming to an understanding of reality.”

“Be submissive to the truth, and be submissive to Christ,” said Gaston. “You must first learn about Christ, and then you must act like Christ.” The professor’s heavily philosophical tone captivated his young listeners for the duration of his delivery.

Once knowledge of Christ is internalized, he said, once Catholic men allow this knowledge to influence what he called one’s “personal adventure,” the practice of faith becomes “the best way to understand and engage the world.”

Gaston alluded to a lecture on leisure, one which he delivered during a 2015 Drink and Discuss, when he purported that prayer, reflection and action respectively propel men toward their spiritual ends in Christ.

“Our job,” said Gaston, transitioning to the instructional portion of his address, “is to submit ourselves to Christ.” This submission, he continued, is eased by man’s “due consideration” of both the infused theological and the infused meal virtues, and must be lived in order to be understood.

“Life is not a career path,” emphasized Gaston, as he neared the end of his talk. “Living out your adventure is absolutely necessary.” He stressed again that each man’s end can be reached only with a constantly renewed relationship with Christ, before offering a warning.

“Realize that you will be a threat, especially to the modern world. They expect you to fit into the machine of modern life. It is likely that you will suffer,” said Gaston, gesturing toward the men in order to emphasize his point.

Ultimately, Gaston said he hoped the gathered men will take their place among a generation of men who today “cannot lead others,” who “cannot give what they do not have.”

Zachary May, junior sacred music major, commented on the positivity of Gaston’s message.

“I enjoyed Gaston’s ability to speak directly to experiences and struggles that all men face,” he said, “and to be be adventurous, and (to) make plans for life and accomplish them.”

Gaston concluded the event by taking questions from the audience. Siemens then reminded the men that the next Men’s Ministry event will take place next semester.