Consecrate yourselves to Mary like the saints, says MIC brother. 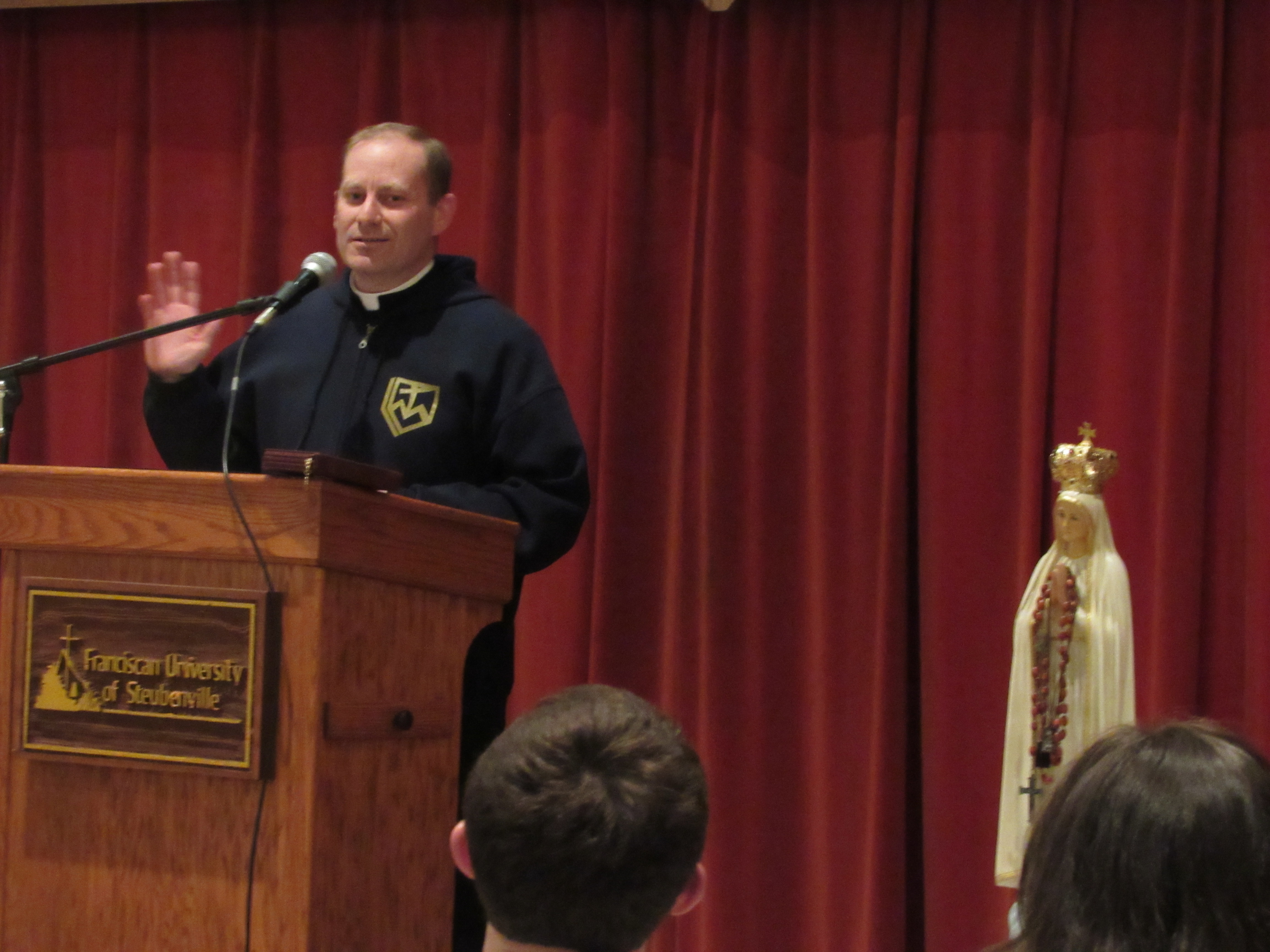 Catholics are called to devote and consecrate themselves to the Virgin Mary like the saints did, said an MIC brother at the second talk of the Rosary Crusade Tuesday night.

Br. Michael Baker, MIC, spoke to students in the Gentile Gallery at 7 p.m., saying that Catholics have a universal call to become saints and grow closer to Jesus. To do this, Catholics should flock to the Virgin Mary, he said, quoting St. Louis de Montfort: “Blessed Mother… is the safest, easiest, shortest and most perfect way of approaching Jesus.”

Baker said saints are those who love God above all things and conform themselves to God’s will. Part of this conformation, he said, is building a devotion to the Virgin Mary.

“We need to know Mary if we’re to become saints,” Baker said. “We should become hers and like her.”

Becoming like Mary requires responding with complete openness and trust to her call, he said, citing her command “Do whatever he tells you” at the Wedding at Cana in the Bible. Baker said that people must model their lives after this Marian devotion to God’s divine plan.

Baker said that consecration to the Virgin Mary is setting oneself aside to become Mary’s instrument on earth. The saints called Marian consecration the “quickest, fastest, easiest way to become a saint,” he said.

“By consecrating ourselves, we are giving Mary permission to do what she needs to make us into saints,” Baker said. “Marian consecration is taking Our Lady into our hearts and home.”

Baker argued that Marian consecration is not an optional spirituality but rather an ordinary Christian spirituality. He gave the example of St. Maximilian Kolbe, whose Marian devotion was heroic, according to Baker.

Kolbe was founder of the Militia Immaculata, a group dedicated to informing the masses on the importance of Marian devotion. He worked tirelessly on spreading Marian devotion and even built two cities dedicated to that mission, one in Poland and the other in Japan, Baker said.

“The reality is that when one consecrates themselves to Mary, something deep and beautiful happens,” he said.

Freshman Lane Tschirhart, a humanities and Catholic culture major, said that the talk left him excited to learn more about the Virgin Mary.

“Br. Michael’s talk motivated me to go deeper and to go forward to consecration,” he said.

Junior Bailey Savoy said that talk was very insightful and was a good reminder on the basic principles of Marian consecration.

The talk was hosted by Knights of the Holy Queen Household as part of the household’s Rosary Crusade event. Coordinator Christ McGurn said that the crusade is aimed at reigniting Marian devotion on campus and includes leading campus in Kolbe’s Nine Day Marian Consecration and holding Rosary Marches around campus and in Steubenville.