Catholic artist inspires audience with message of hope and trust 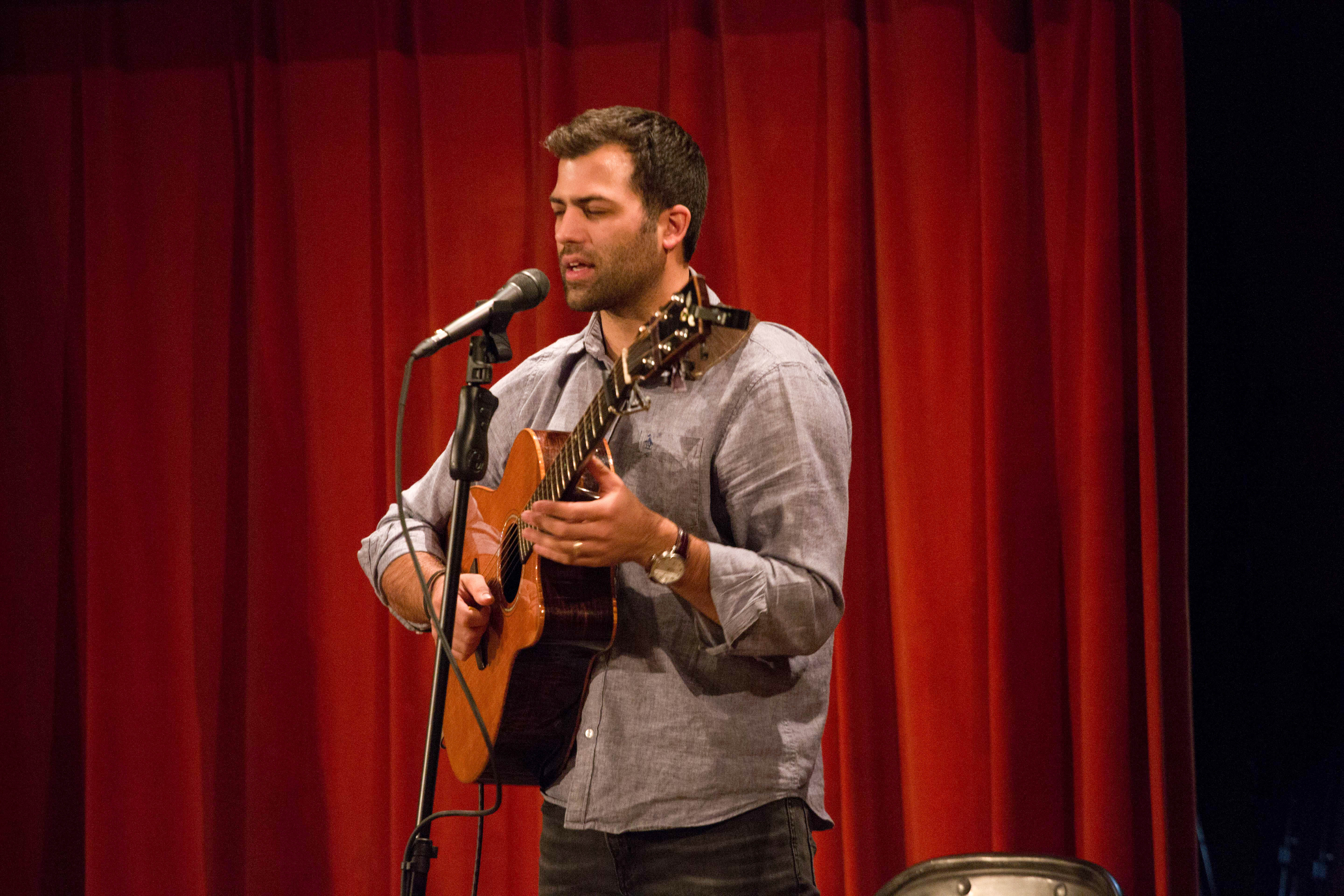 On Thursday, Oct. 18, singer-songwriter Luke Spehar brought a night of hopeful music to Franciscan University of Steubenville students in the midst of the stresses of midterms.

Greeted with a hot cup of coffee compliments of the International Coffee Club, students entered the Gentile Gallery, where Spehar was set to perform his newest album “The Pilgrim.”

Matthew Schaefer, director of student development and long-time friend of Spehar, opened the night with a prayer and introduction. Spehar then took the stage and strummed the first notes to his opening song. Interwoven with the enjoyable concert was a message of hope and trust.

Mixed in with personal testimony and inspiring words, Spehar sang songs titled “The Pilgrim,” “Time with You” and “Joshua.” After sharing his experience on the Camino de Santiago, a pilgrimage route in Europe, he told the audience, “For me, the Camino was a realization that life isn’t just meant to get done; it is meant to be savored.”

Schaefer, who spearheaded this event, said, “I want to support our Catholic Christian artists. I want to give the gift of their talent to our students, so they too can be inspired and go out and create their own art.”

He also explained that he desires to inspire young adults to go out into the world and evangelize. “Franciscan University, in some sense, is the epicenter of young Catholic culture, and this should really be the place where we foster growth and send our students forth into the world of evangelization,” said Schaefer.

The goal was not lost on Brittany Lyndon, a student at Franciscan University, who said, “Something that really struck me about this artist is that he proclaims a message of hopeful adventure. He is brave, because he stepped out into the deep and let the Lord guide him in his career path; that really resonated with me. … I have an adventurous heart so this message of hope was encouraging. It reminded me that I can be hopeful with God’s plan for my life.”

Grateful for the opportunity to share his joy of singing and his message of spiritual pilgrimage with the students, Spehar said, “A pilgrimage for me is a realization that I don’t really need as much as I think I do in order to get to the place where I need to go.”

Spehar continued to share his appreciation for all the good things he has been given through his career, his wife and children and his relationship with God.

“I trust in God’s goodness,” said Spehar. “I’m convinced that he wants better things for me than I can want for myself. All of us are on a journey with God, and we each have a unique path with the Lord.” Overall, the night abounded in laughter, joy and excitement, ending with an uplifting song and empty coffee mugs.