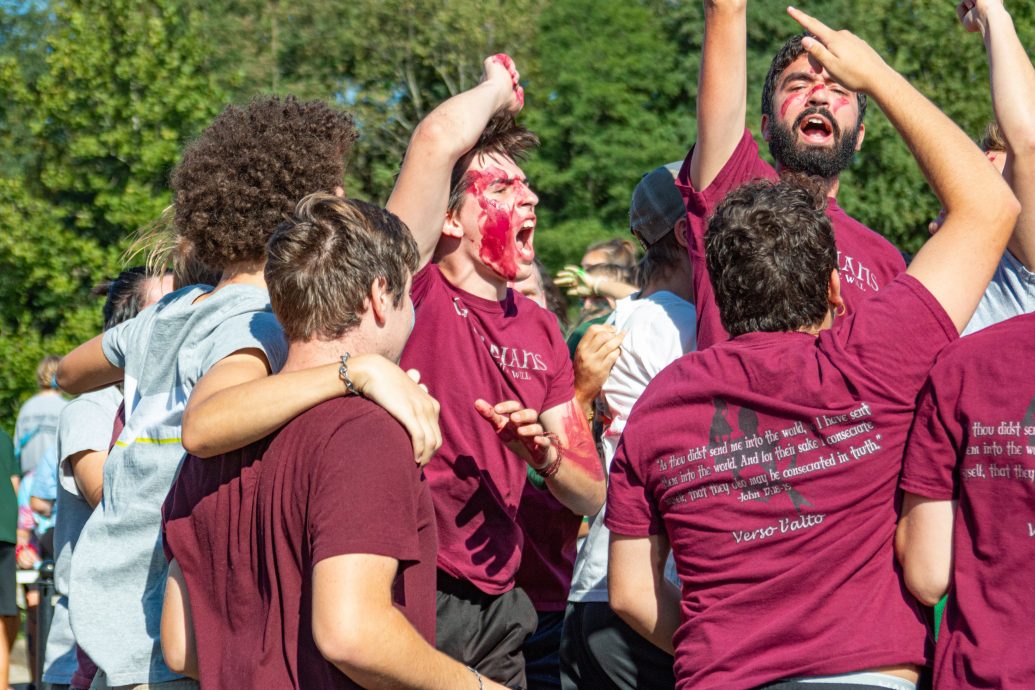 Brothers of the Eternal Song and Guardians of the Divine Will households were declared cowinners of the men’s household final competition at the household Olympics Saturday Sept. 4 after protests led to an indeterminate rematch.

Brothers, Guardians, AMDG and Disciples of the Word households competed as finalists in a round of wheelbarrow races. Brothers and Guardians competed neck and neck, crossing the finish line close together.

After some discussion between the households involved and Household Life, Brothers and Guardians were declared cowinners and Brothers kept the trophy.

Prior to the men’s competition, Regina Angelorum household won the women’s final match, competing in a wheelbarrow race against the other finalists: Crown of Creation, Handmaids of the Lord and Stella Mariae households.

2021-09-13
Previous Post: In His Image holds out of this world dance
Next Post: Alumna speaks on relationships that order oneself to God