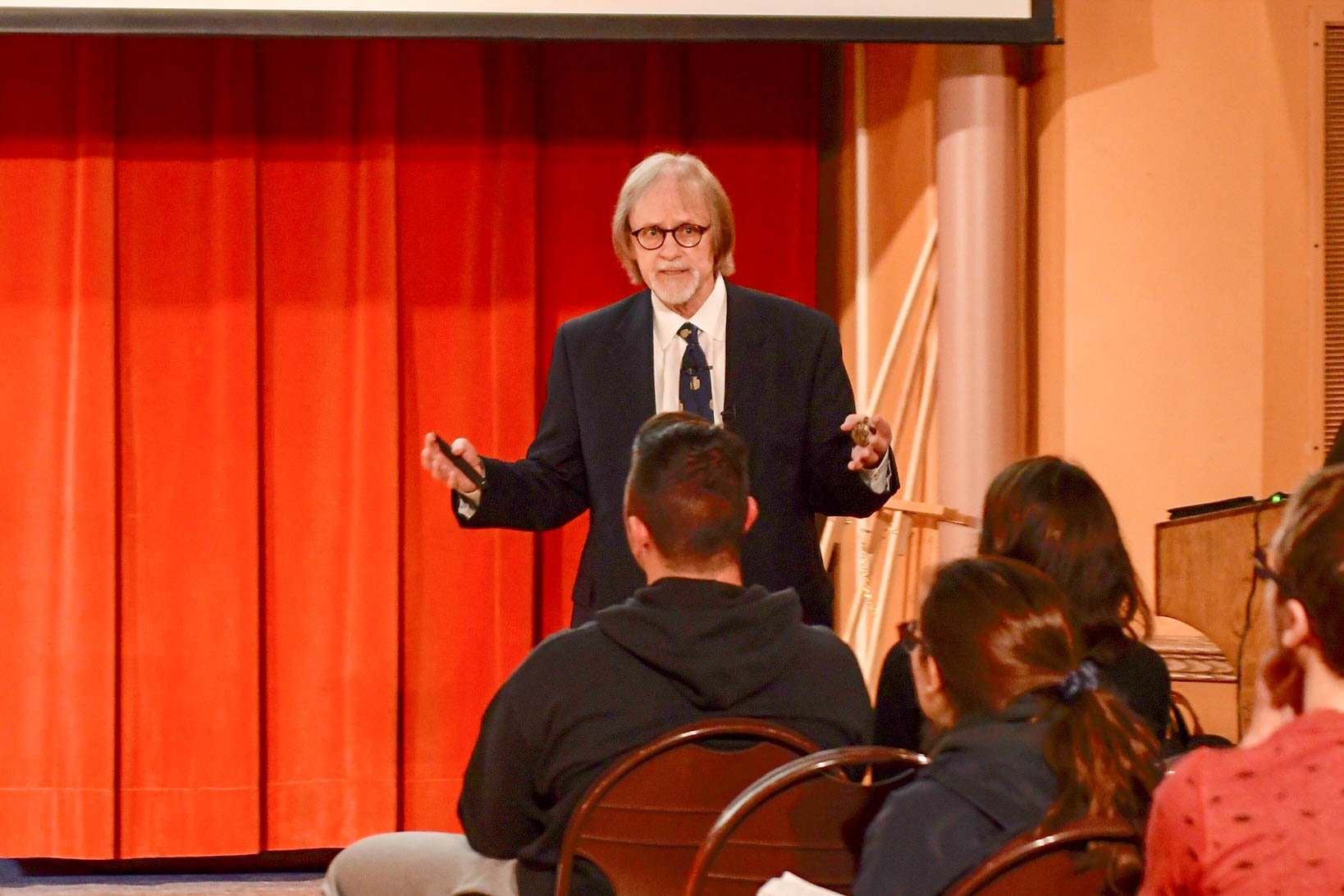 The Gentile Gallery was filled to the brim with students and professors who attended an academic lecture on Biblical archaeology on Oct. 19 at 3 p.m.

Ron E. Tappy, who holds a doctorate in Near Eastern languages and civilizations, visited Franciscan University of Steubenville to share his findings from an excavation project he has directed and participated in in Israel since 1997.

Titled “Between the Hebrews and Philistines: Life Along the Border of Biblical Judah,” Tappy focused his presentation on what he has dubbed “the liminal life.”

“This is where we all are, all the time,” said Tappy. “Never really on A, never really on B, but negotiating the area in between and trying to figure out what’s what.”

Tappy’s excavation project site, called Tel Zayit, has been unearthing artifacts from a series of buildings in a cultural crossroads. The location was a place of “liminal” living for the Hebrews and Philistines who lived there in the ancient world.

Tel Zayit contains the preserved remains of public buildings from the Late Bronze Age, dating as far back as seventeenth century B.C.

In addition to walls of the buildings, white plaster flooring has been preserved in the earth, with shadows of decorative paint still visible. Many pieces of Egyptian jewelry have been unearthed as well, revealing the interaction of cultures in this particular part of ancient Israel, said Tappy.

While many historians focus on a single core civilization and study the periphery surrounding it, Tappy’s research looks for places where there are “two cores” and hunts for evidence of interactions between them.

“Cultures have borders,” said Tappy, “(and) borders have cultures.” He described places such as Tel Zayit as the product of competing and colliding worlds. The Hebrews and Philistines found themselves “living with that stranger … and they develop their own autonomy.”

Biblical passages from Ezekiel, 2 Samuel, Jeremiah and Deuteronomy were cited throughout Tappy’s presentation to give historical background in Scripture for the many cultures that shared a liminal life with one another.

Mikayla Miller, junior theology and catechetics major, appreciated how Tappy explained the liminal life between the Philistines and Hebrews and gave historical evidence for Biblical narratives. “I found it really intriguing,” she said.

The lecture was sponsored by Franciscan University of Steubenville’s history and anthropology departments.