Behind the scenes of “Much Ado” 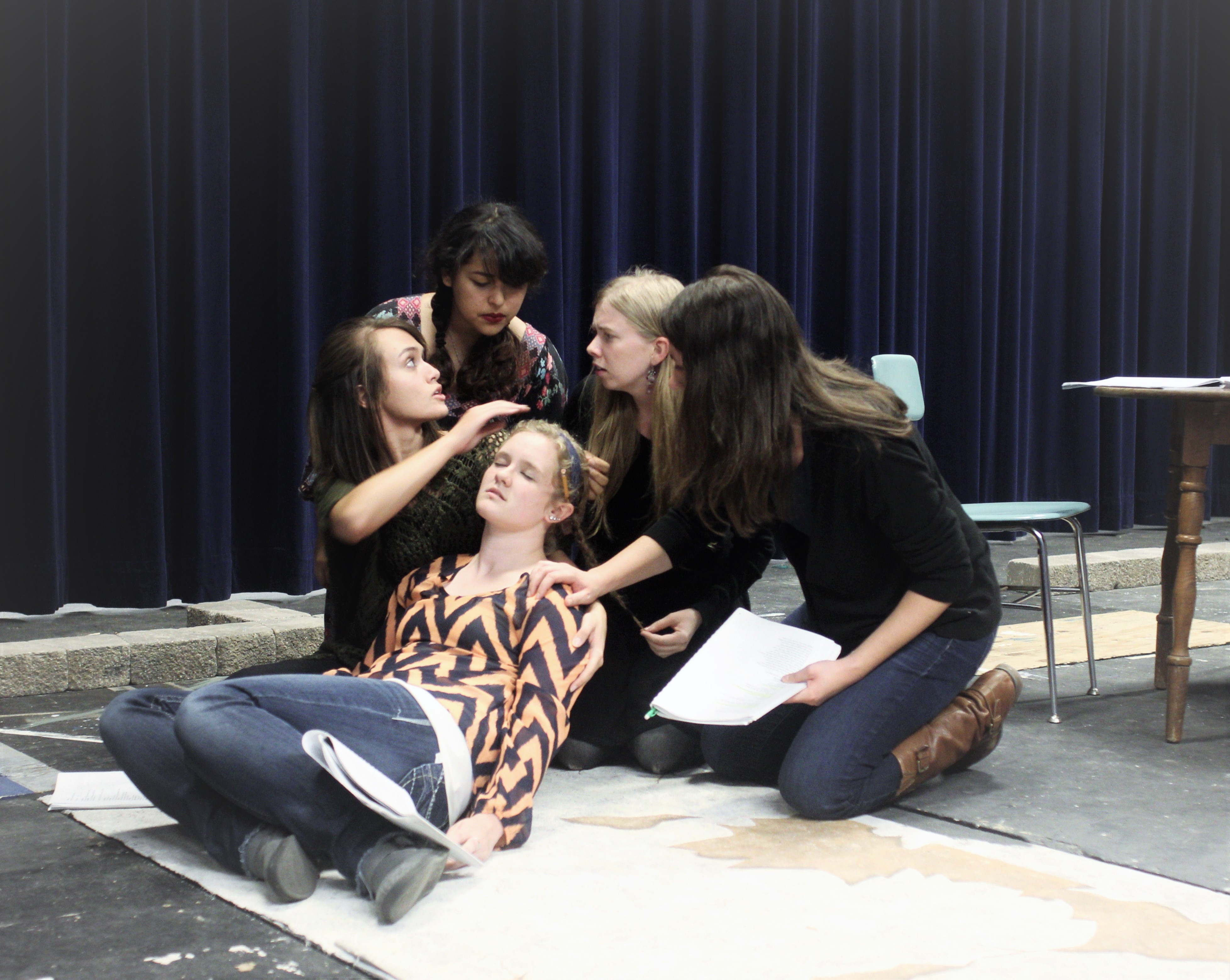 The curtains of Anathan Theatre are nearly ready to come up on its newest production, none other than Shakespeare’s “Much Ado About Nothing.”

The cast and crew have been working diligently on the show, which is set in contemporary Italy, since the first week of classes. They will present the well-known comedy on campus the weekends of November 3-6 and 10-13. Evening shows are at 7 p.m. and matinees on Sundays at 2 p.m.

According to Director Monica Anderson, who holds a doctorate in theatre, “We just did a Shakespeare in the spring and we don’t typically do them back to back, but this year marks the 400th anniversary of Shakespeare’s death so I thought it would be appropriate.”

Anderson added, “I was delighted by how excited (the students) were to be part of this production.”

Although the play is a comedy and will certainly entertain, it’s not all fun and laughter.

“I was looking for a play that had some dramatic challenge and darker elements,” said Anderson. “It’s a play about trust and the essential role that trust plays in any loving relationship, and the ways we fail to trust and how that impacts our relationships with people we love.”

The actors agreed. “There will be a lot of laughs, but there’s a lot of heartbreak in this,” said senior Nick Vicinanzo, playing Benedick. “It’s a very emotional play. It shows how people so easily get hurt through lies.”

Senior Hank Meldrum, playing the villainous Don Juan, said, “This show is very different from our last show. It’s much more restrained and subtle (than most Shakespearean comedies)…the tragic elements in it are much more pronounced.”

It seems that all the actors have embraced their characters wholeheartedly, or as senior Helen Kelly put it, “found the shining lightbulb of character.” Kelly is playing Ursula.

“I’ve loved the whole process,” said senior Caroline McCaughey, playing Beatrice.“It’s a great play and a great role to go out on…I’ve always wanted to play Beatrice, she’s my dream Shakespeare role. I feel I can relate to her on more than one level…I am completely in love with this role and the play.”

Vicinanzo said, “The best part has been finding the relationship between Benedick and Beatrice. They’re so human, and there’s so many things that are just like what we do every single day. They’re just a classic example of a couple that has had issues and is trying to find their way…It shows you what love can be between people.”

Meldrum, as the villain, shared a different perspective. “I’m working against all the good things in the play…(my) character’s inner rage is from his insecurity in his relationship with his brother and his spite for Claudio.”

For Meldrum, “getting into that character is drawing from my own experience as a younger sibling…finding what I can draw from and getting that out from inside while still keeping in mind that Don Juan is a different character from myself.”

Actors have not only drawn from past experience, but have found joy in new ones, particularly involving

the music and dance necessary for Shakespearean comedy.

“I really enjoy doing a show that can capitalize on students’ musical talents…I take real delight in bringing those gifts into the show and really turn(ing) that over to the students,” said Anderson.

Anderson was pleased at the progress that the all the actors have made, calling it a “fun challenge” to work with new students.

“I appreciate how open they have been to taking direction and trying what I want them to try…asking good questions which reflect that they’re thinking about their characters…I enjoy working with students who take seriously the work of building a character.”

The cast and crew are thrilled to share the fruits of their labor with a live audience.

McCaughey said, “It’s so fascinating to see what the audience finds funny…as an actor you miss it because you’ve done it so many times and as your character it’s not funny.”

Anderson claimed that she is more excited about opening night than anyone else. “I’m looking forward to the actors having the reaction from audience that they need to complete their performance,” she said.

Actors, director and crew enthusiastically encouraged people to place this production as a priority during those weekends it is showing.

“This cast can tell this story in a way that (the audience) won’t see anywhere else,” said Meldrum. “The audience is in for a rare treat with a performance that’s set in modern day…and I think that will be very effective because there isn’t that barrier of the fantasy realm.”

Kelly added, “There are a bunch of things that students could go to…you don’t (often) get the chance to go to something and really gain an experience where you’re learning about yourself. If you want to be open minded, if you consider yourself open minded, you’ll go to this.”