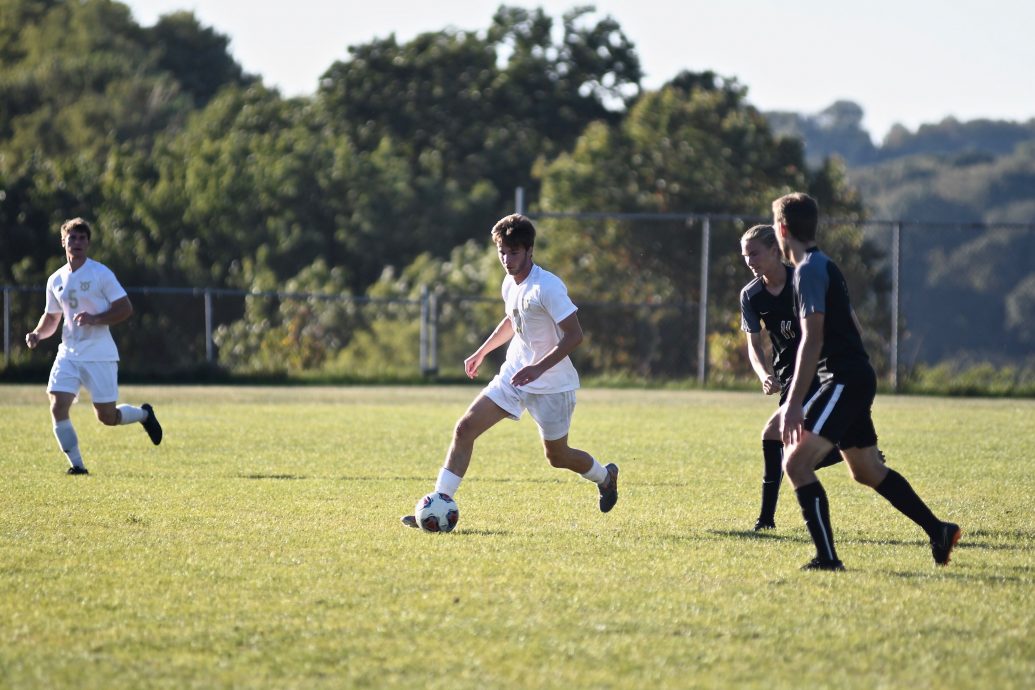 The Barons’ offense came out strong in the first half, challenging the Yellow Jackets’ defense relentlessly.

Early on in the game, a Waynesburg defender gave up a handball in the box, sending sophomore midfielder Nick Miller to the penalty kick spot. Miller capitalized on the penalty kick and slotted the ball into the bottom left corner of the net past Waynesburg’s goalkeeper, bringing the score to 1-0 Franciscan.

Miller’s goal sparked a wave throughout the team. 12 short minutes later, junior midfielder Sebastian Koehler took the Yellow Jackets’ keeper on and drove the ball into the lower corner far out of the goalkeeper’s reach. Franciscan finished the half with a 2-0 lead.

Waynesburg fought back in the second half, challenging Franciscan’s defense, but the Barons quickly shut down Waynesburg’s attacks. The Yellow Jackets got off a pair of shots on a corner kick play, but Franciscan junior goalkeeper Brian Gaughan stopped these two attempts, making his save count a total of six saves.

Late in the second half, midfielder sophomore Chris St. George slotted a ball through to junior forward John Paul Bobak who dribbled it to the baseline, cut it back quickly and drove the shot low into the opposite corner for his first season goal and the third goal of the game.

Franciscan finished the game 3-0 over the Yellow Jackets, securing their fourth win in preseason before they head into conference play Saturday, Sept. 21.

Franciscan head coach Christian Bobak said, “We are happy with how the team is progressing, although there is still a lot of work to be done. I am very happy we got a shutout our last game, and our defense deserves a lot of credit this year, only allowing four goals total. We are starting to connect offensively but still can be improved each game. Looking forward to jumping into our conference play!”

The Barons take on Heidelberg University Sept. 25 at 4:30 p.m. in Steubenville.