Barons soccer and Washington and Jefferson score a tie 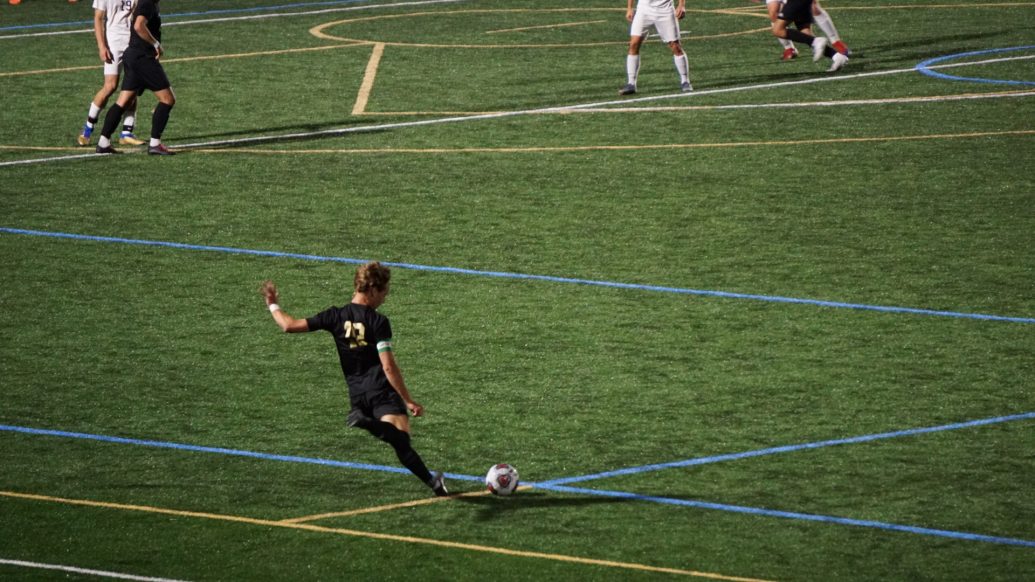 The Barons soccer team and the Washington and Jefferson College Presidents were equally matched on August 7 on the Intramural Field in a game that went into two overtimes and ended with a draw 1-1.

The previous night, the Lady Barons soccer team had tasted the intensity of Washington and Jefferson, and both teams were unable to score a single goal. In this game, both teams made a single score.

The Barons began with an intense seven shots in the first half of the game, but were unable to pass the opposing goalkeeper. Half an hour in, Washington and Jefferson scored a single goal.

Early into the second half, senior midfield Jair Mautone scored a critical goal for the Barons, as it was not only the Barons’ only goal of the night, but it was also Mautone’s first goal of the season.

The Barons and Washington and Jefferson both took turns passing the ball up and down the field, but aside from a couple more shots, neither team had the power and momentum to score another goal.

The game went into its first overtime, which was played with all the intensity and ferocity the field could hold, and the teams battled back and forth in the middle of the field. The Barons and Washington and Jefferson, however, were evenly matched, and neither could gain the upper hand.

In the second overtime, two key players, senior midfield Sebastian Koehler and junior forward Mikey Irvin took shots at the goal. The first narrowly missed and the second was saved by the opposing goalie. The Barons could not break the tie and the game ended with a draw, 1-1.

Saturday, April 10, the Barons will be playing Grove City College, a longtime opponent. Victory over this team is critical for the Barons’ dream of appearing in the PAC Tournament.