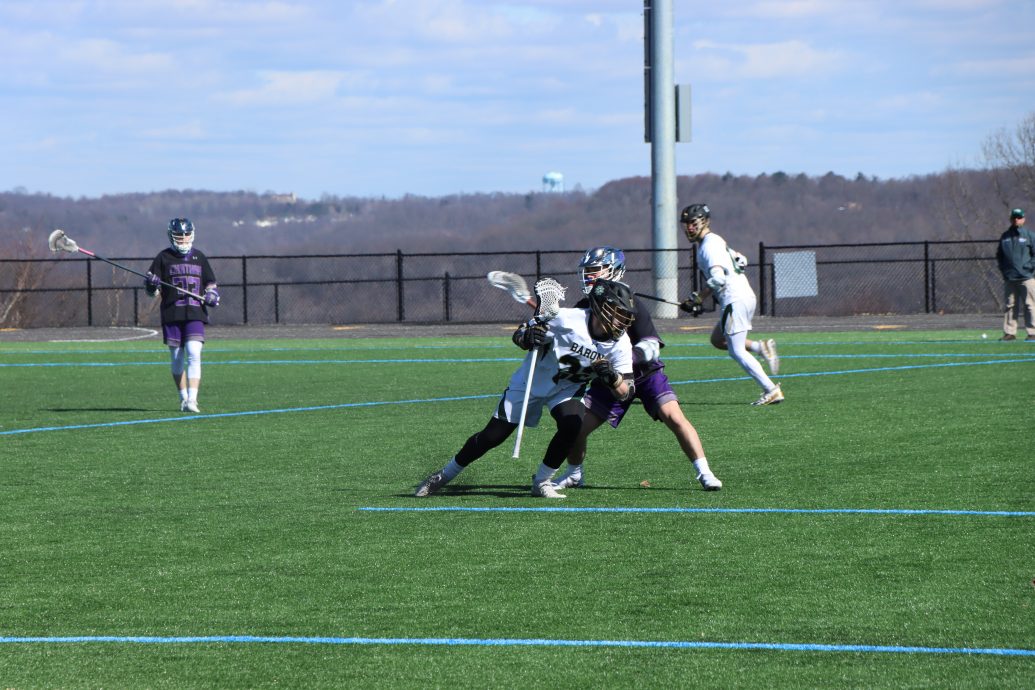 The Franciscan University men’s lacrosse team fell to the Chatham University Cougars 16-5 in its third game of the season Saturday, March 6.

Chatham scored first in the fourth period. With 9:15 left in the period, Cook scored another unassisted goal for Franciscan. Then in the final 30 seconds of the game, Clayton scored with assistance from Cook.

Ultimately, Chatham prevailed over Franciscan with a final score of 16-5.

Cook maintained his strong start to the season, scoring two goals and assisting on one. The team also played their cleanest game of the season, committing only a single penalty.

The Barons lacrosse team will have its first away game next Friday, March 12, at 7 p.m. against the Thiel College Tomcats.