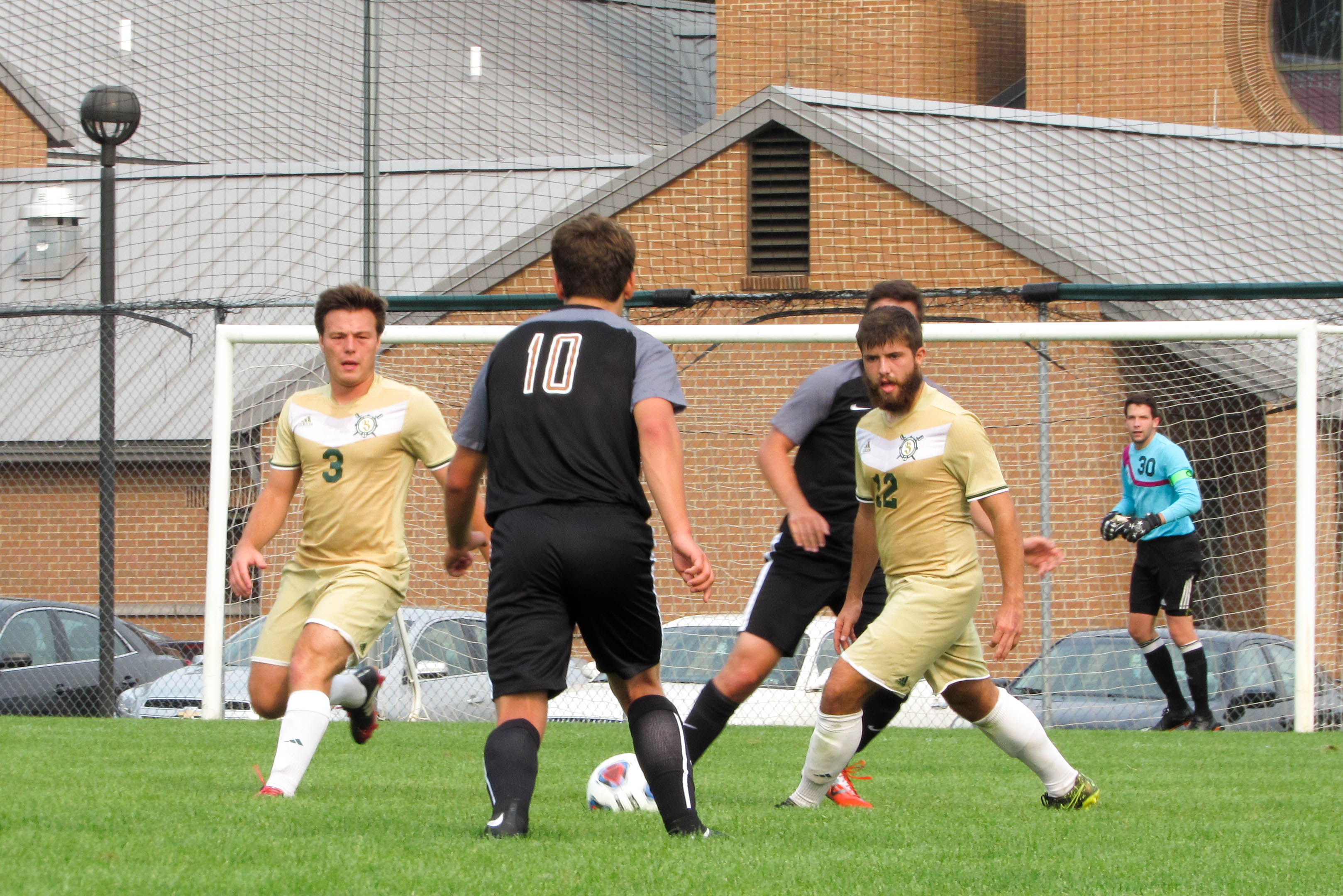 “We call ourselves the battling Barons and we showed it today,” said head coach Christian Bobak on Tuesday evening after Franciscan University’s men’s soccer team won a hard-earned 3-2 comeback victory against Waynesburg University.

Both teams entered the game highly competitive with several powerful shots on each side; however, Waynesburg took the lead in the first half with a header by Thomas Drake. The Barons continued to play aggressively and almost evened the score when freshman midfielder JP Bobak saw an opening and attempted a 15-yard shot but placed the ball too high.

Within the first few minutes of the second half, Waynesburg scored on a penalty kick, strengthening their lead to 2-0. However, the Baron offense finally made it on the board when Bobak was able to score after a crossover assist from senior forward Leo Herrmann.

Reinvigorated, Herrmann led Franciscan’s offense into an aggressive series, where several strong attempts kept the pressure on Waynesburg’s keeper. Eventually, his efforts paid dividends, when in the 65th minute he broke through the defense, scoring his second goal of the season.

With a tie of 2-2 on their hands, tensions rose between the athletes with several fouls called on both teams.

Soon after, Waynesburg nearly took the lead with a decisive header, but senior keeper Thomas Dosedel deflected the shot off the tips of his fingers.

With less than 15 minutes remaining in the game, the Barons were finally able to clinch the lead with a powerful penalty kick by Herrmann.

Determined not to lose their hard-earned lead, Franciscan’s defense worked together to secure the win. Tensions were high even through the last minute of the game with Waynesburg’s keeper charging in the last few seconds of the game.

“It was an exciting win,” said Bobak after the game.“We showed a lot of character and showed that we were more in shape.”

The Barons’ next home game will be on Friday, Sept. 15 at 5 p.m. against Mount St. Joseph.