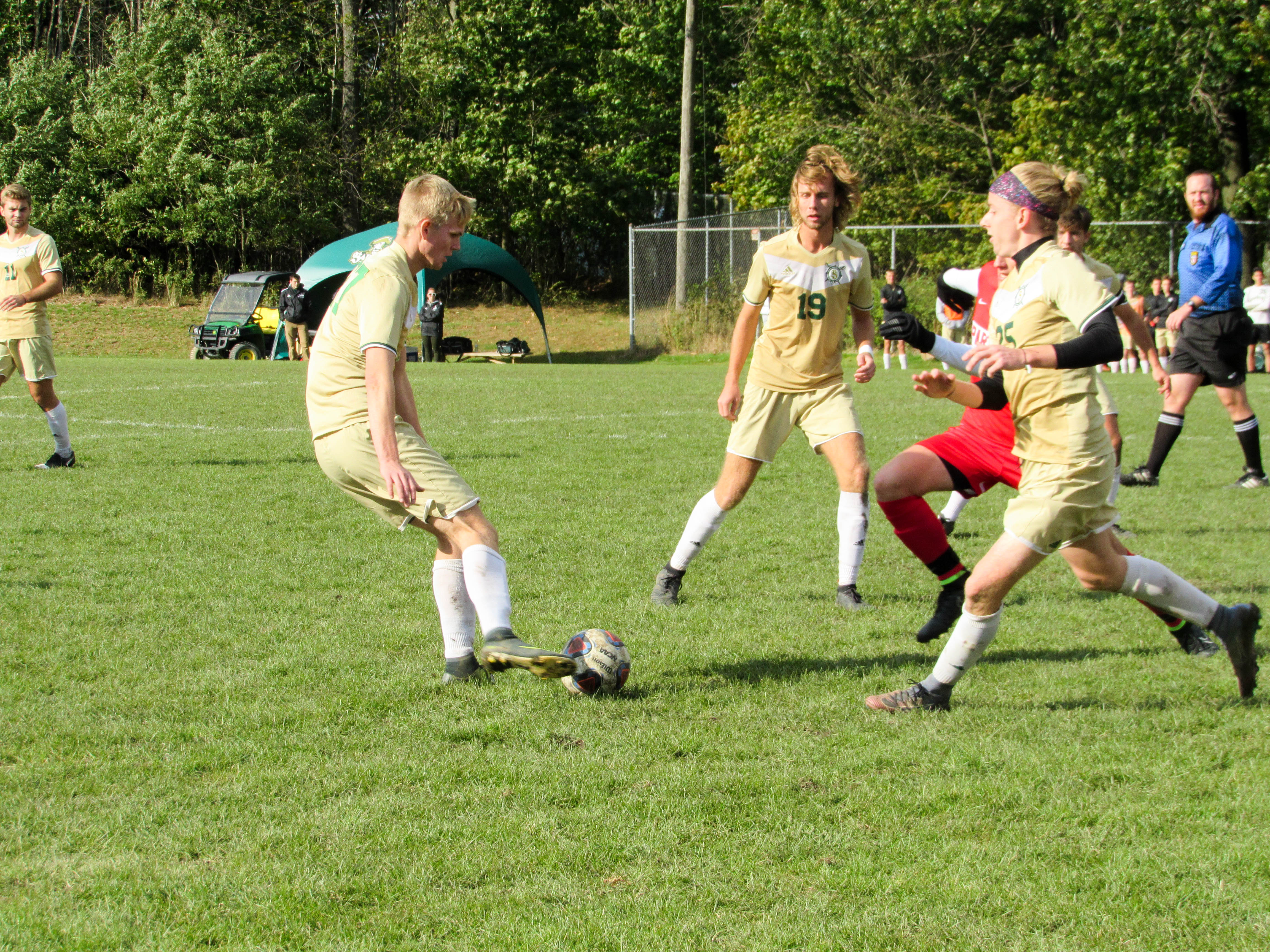 Cold weather could not stop the Franciscan men’s soccer team from besting the D’Youville Spartans 2-0 to clinch a spot in the playoffs.

The Barons managed to battle through rain, wind and even hail before coming out victorious during Saturday’s game.

Both teams were at a stalemate until late in the first half when junior midfielder Jacob Rigaud punched in an easy one off of a beautiful pass from sophomore forward JP Bobak to make the score 1-0 in the 36th minute. This lead would hold through to the end of the half as the Baron defense made sophomore goalkeeper Brian Gaughan’s job easy by blocking all of D’Youville’s shots.

The two teams came out firing in the second half, and both Gaughan and the Spartan goalkeeper made many saves. However, the Barons managed to find the back of the net in the 84th minute after another Bobak dime off of a corner kick. Freshman midfielder Nick Miller was the recipient of the pass, and he calmly put it into the back of the net to push the Baron lead to 2-0 towards the end of the match.

With this win, the Barons have clinched a berth into the AMCC conference tournament. To do this on senior day was truly a special experience.

Senior midfielder Mark Fioramonti was impressed with his teammates and the Franciscan fans. “Yesterday was an awesome opportunity for us to clinch a playoff spot not only in front of a ton of fans but on senior day,” he said. “It was also awesome seeing how many people stuck around after a downpour of hail and rain.”

Head coach Christian Bobak was pleased with his team’s performance, saying, “(I’m) really happy with the team victory. (I’m) especially happy with how well our seniors played. Our man of the match was our goalie Brian Gaughan (for) posting his second shutout in a row. This team deserves to be in the playoffs, and we are excited to get back to work.”

The Barons play their last game of the season at Pitt-Greensburg on Tuesday at 3:15 p.m. The team is currently ranked fourth out of the 10 teams in the AMCC men’s soccer league.