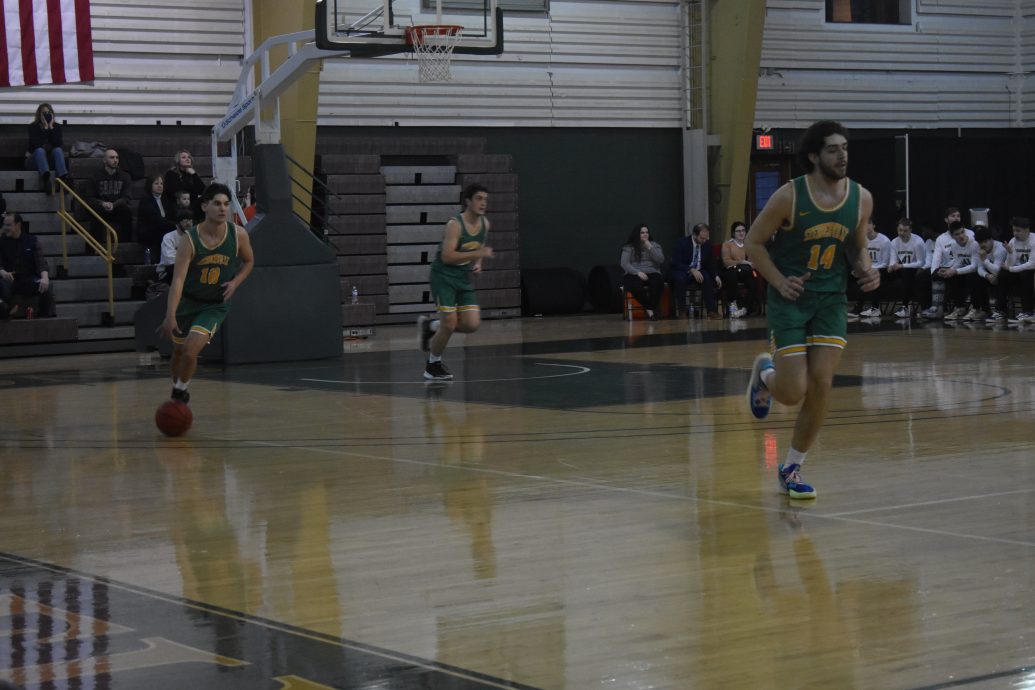 The Barons fought hard against Westminster throughout the game. Graduate student guard Sean Hickey and sophomore guard Josh Zimmerman grabbed steals early in the first half.

Near the end of the first half, junior guard Aidan Hickey had a turnover and stole the ball from Westminster. Sean Hickey converted Aidan Hickey’s steal into a 3-point shot.

The first half ended with the Westminster Titans narrowly ahead of the Barons 45-42.

Sean Hickey scored a 3-pointer. Aidan Hickey made a steal that Sean Hickey transformed into a free throw.

Zimmerman made a layup and a steal. Senior forward Travis Lien turned Zimmerman’s steal into a layup. Junior guard Colton Hage had a block, which Zimmerman turned into another fast break layup.

The Barons held their lead throughout the rest of the game. The game ended 95-88 with the Barons taking the win.

Head coach Joseph Wallace said, “Josh Zimmerman was an absolute man out there. He was dominant on both ends of the floor and really sparked us in the second half. Aidan Hickey hit clutch baskets and came up with a lot of toughness plays defensively.

“I thought Tristan McDannell played a great game from his point guard position and allowed our defense to flow. It was a total team effort.”

The game was held on the annual Kuzma Day celebration. Jim Smith, former Baron and current Hall of Famer, had his jersey number 41 retired that day. Smith’s children attended the game and accepted gifts on his behalf.

Wallace said, “It was an awesome environment inside the fieldhouse. Our student section and pep band were phenomenal. The team fed off their energy and helped us withstand a couple big runs by Westminster.”

The men’s basketball team’s next home game will be against Geneva College on Wednesday at 8 p.m.