Baron basketball falls to Medaille despite strong second half 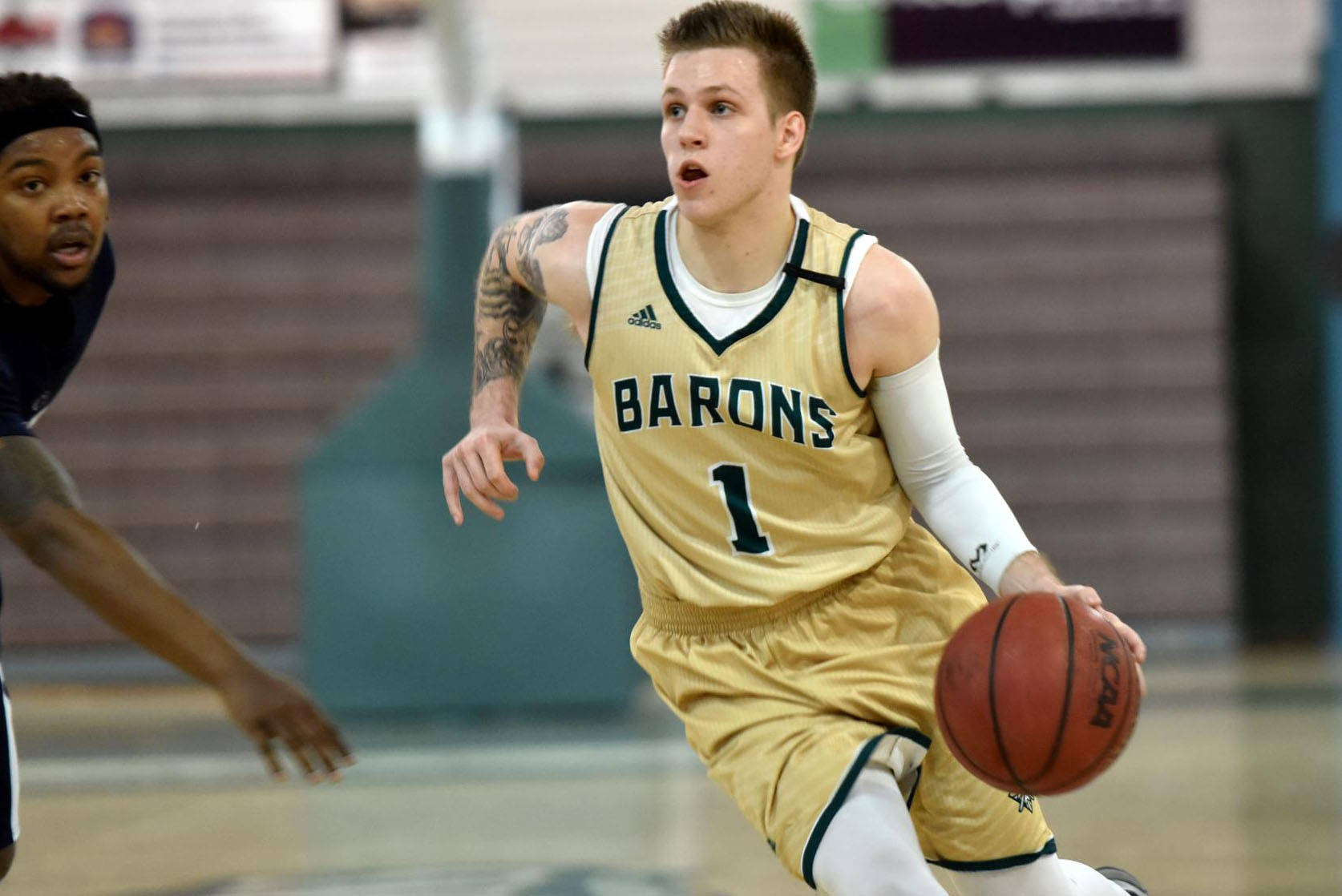 Franciscan University men’s basketball team played strong in the second half of its home game Saturday at 2 p.m. against Medaille College but, despite the effort, lost, 91-75.

The Barons started on the defensive side but made the first shot of the game with a layup by sophomore forward Daniel McElroy. The game continued as the Barons kept up with the Mavericks, tying the game 9-9 at one point, but Medaille took control of the rest of the first half and led, 52-29, at halftime.

Senior guard Christian Duke played a strong game on both the offensive and defensive ends of the court. The senior managed a double-double of 29 points and 13 rebounds, team bests against the Mavericks.

Seventeen of Duke’s shots were made during the more competitive second half, helping the Barons to a 46-39 advantage in the second half. This strong half was not enough to win the game, however, as they ultimately lost to the Mavericks, 91-75.

Franciscan will play a conference game at home on Feb. 20, Senior Day, at 1 p.m. against D’Youville College. This will be the last game of the season, and Franciscan will honor Duke, the team’s only senior.