Austria Column: Many traditions, one church 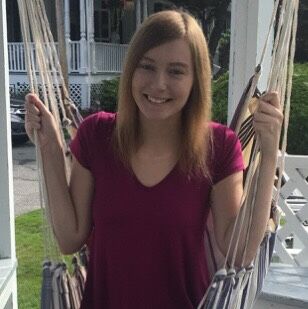 One of the amazing opportunities that the Austria semester has afforded me so far is the ability to attend Mass celebrated in the Byzantine rite on campus. The small Byzantine chapel nestled beneath the Kartause classrooms is decorated with a colorful array of icons and houses an ornate tabernacle in the center. And throughout the week, it is filled with the glorious sounds of liturgical prayers and chant.

Unfortunately, the celebration of the Divine Liturgy (as the Mass is called in this rite) is confined to only Tuesdays, Thursdays and select Sundays. And attendance is low, usually only about 20 people. But last Thursday at the Kartause, a special occasion moved this celebration into the main school chapel and attracted the majority of the student body.

A handful of bishops from around Europe were visiting campus, and they all concelebrated the Divine Liturgy for the student body. It was absolutely beautiful, and seeing so many people come together for the worship for the first time made it even better.

During the week leading up to this Divine Liturgy, I heard many different people around campus discussing their thoughts on attending a Byzantine rite celebration as it was a first-time experience for most. Many initially expressed concern, wondering how strange it would be, if they would be able to understand anything and if they’d be able to sing along to the complicated chants.

Many did not seem too enthusiastic about it, but as we were all filing out of the church after Mass on Thursday, the general impression from the crowd was indubitably one of awe and wonder. Even though many struggled at first to sing correctly or to read along in the booklets, everyone eventually saw the liturgy as a wonderful and reverent form of prayer.

I think similar sentiments have been expressed toward Latin Mass on main campus. The Latin Mass is rarely celebrated at Franciscan and has historically had very low attendance, and many say that the precise reason for this is that people just don’t understand it.

However, last week, I was overjoyed reading a Troubadour article covering the first Latin Mass of the semester which said that there was a record turnout at the event! I can’t express how happy I was after seeing this — from Latin Mass to Byzantine Divine Liturgy, I really have a deep appreciation for these different forms of celebration within the Church, and I believe everyone should experience them.

Many Catholics are afraid to attend these different liturgies for the first time because they are worried about not understanding them. Yet this is a terrible reason to stay away from the liturgy!

Imagine that there is an atheist interested in Catholicism asking you for advice on how to proceed in his faith journey. Obviously, you would tell him to go to Mass. But he would certainly be confused his first time at Mass. No matter how much research he had done on the liturgy, his first Mass would no doubt be full of confusing prayers and unclear symbolism. Yet it would be ridiculous to say that he should never go to Mass for this reason!

Yes, it’s confusing, but not being able to understand everything at first simply reminds you of how powerful and mysterious God is. And when you eventually learn what all the little details mean, you will have taken your prayer life to a new depth.

Fr. Josef, the Byzantine rite priest on campus, gave a short speech before last Thursday’s liturgy, providing a quick explanation of what to expect during the next hour. And he told everyone not to worry at all if they don’t understand. To paraphrase, he said, “Don’t worry, just pray.” Even if you don’t understand everything, realize that this is still Jesus present on the altar and waiting for you to receive him. If anything, let this experience humble you before the Lord.

So, I encourage you all to never be afraid of experiencing these different traditions and cultures within the liturgy. We are all one church, and all the members of the body can learn so much from each other.