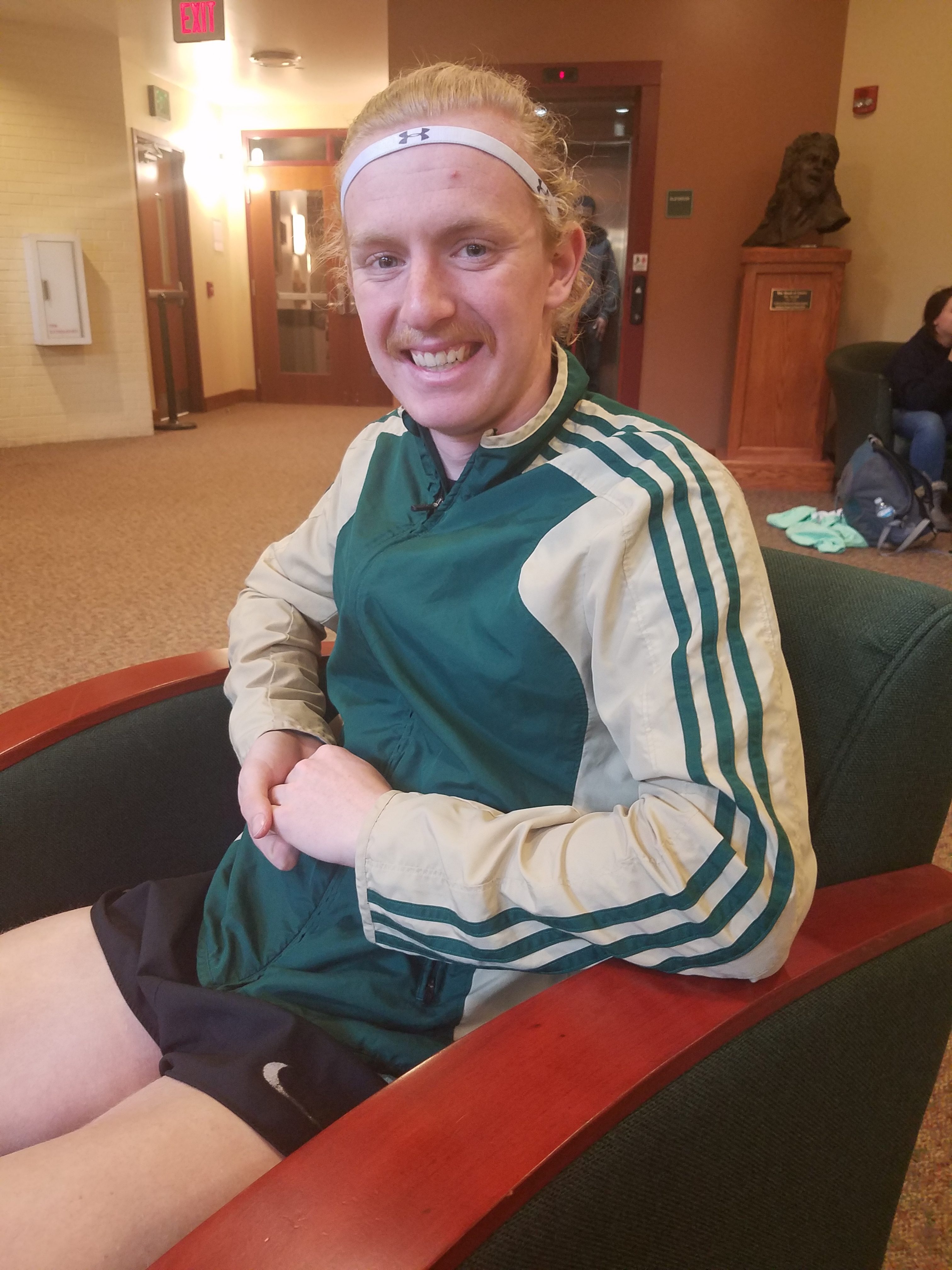 Anyone questioning the dedication of Franciscan University athletes should speak with freshman Liam Galligan. The business management major and standout runner will, with other cross country and track and field athletes, go so far as to shovel the snow from the entirety of the Big Red outdoor track so he can practice on it.

A three-time track and field state medalist in high school, Galligan has since lent his skills to up-and-coming Franciscan cross country and track & fields squads.

“I started running competitively in first grade, and I haven’t stopped since,” he said, in reference to his participation in Catholic Youth Organization athletics, courtesy of the Archdiocese of Philadelphia. Galligan competed against neighboring parishes until high school, when he competed on behalf of the local public institution while receiving education from home.

The cross country and track and field teams are unlike anything he’s experienced, said Galligan. He said, “The guys on the team are great. We all met each other at camp because we were all here the first week by ourselves.” Galligan cited early team chemistry as a catalyst for current successes.

As he and the track and field team prepare for spring meets, Galligan said he aims to increase campus awareness as to the program’s accomplishments. “People don’t really know who we are as a team; it’d be nice if people on campus knew who we are,” he said. His long-term goals include qualifying for nationals and breaking the record 800 and 1500-meter times set by two-time All-American Bill Jones.

“It’s great being around a group of guys who really care about their faith and coaches who put that emphasis as a priority. … (It) has really changed me,” said Galligan. Together with the rest of a winning roster, the track and field team looks to rewrite the record books come competition time.