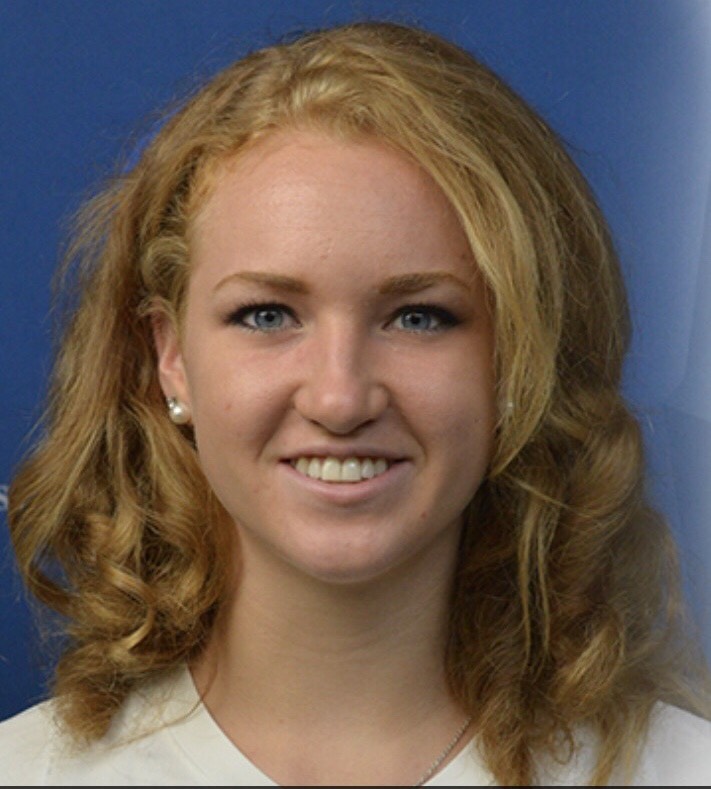 Spike master and captain of the Lady Barons volleyball team, senior Maria Ciola dominates the court and leads her teammates to excellence.

Ciola, senior communication arts major with an exercise science minor from Virginia, leads the team in kills and currently holds the single game kill record. Although she is a standout player in the conference now, she hasn’t always been a big fan of the sport.

“I started playing volleyball in seventh grade.” She said. “Before that, I was a competitive Irish dancer, played soccer and then was coerced by my mom to try out for this strange sport I knew nothing about, which for all I knew was called, ‘bollyball.’”

After being somewhat forced into the sport, Ciola began to flourish quickly. “I went to my first practice with a rebellious mood, sure I’d prove her wrong, but it ended up being love at first spike.” Her love for the sport has managed to last through college as she has been helping the Lady Barons win matches for the past four years.

On the court, no one wants to be on the other side of Ciola’s spike, and for good reason. She leads the Lady Barons in kills this season with 279, with the next closest trailing by over 150 kills.

Ciola herself described her game as “instinctive and lethal.” On the contrary, off the court she says she’s a “girly girl” that loves the outdoors, working out and art.

“I love nature, hiking, kayaking and exploring. Working out and training are just so fun for me, and I love helping others with it. Artsy stuff and painting have been some of my favorite hobbies since I was little,” said Ciola.

Ciola’s credits her athleticism to hard work and some good genes.

Three of her six siblings are currently competing at the collegiate level in their respective sports, and her father was a pitcher at the Air Force Academy. She expressed much love for her family, saying, “We’re very Italian and we love it. (We) definitely have our ins and outs, but at the end of the day, they’re the best and the ones I can always fall back on. My family means the absolute world to me!”

Ciola has won conference championships and has had a career full of individual accomplishments as well, such as the AMCC First Team All-Conference award (2016, 2017), but her goal for the team this year is not performance-based.

Ciola hopes to help her younger teammates to feel comfortable and to help form them into leaders. “My goal for the team is to make sure my girls know without a doubt that they have the upperclassmen’s and my full respect and support, and that despite being new to Franciscan volleyball, they are all empowered to be leaders right now,” she said. With this attitude, the future is looking bright for Franciscan volleyball.

Ciola will graduate this spring, but the Lady Barons will be back in action in the fall of 2019.