Athlete Spotlight: Franciscan’s only diver leads the team to excellence 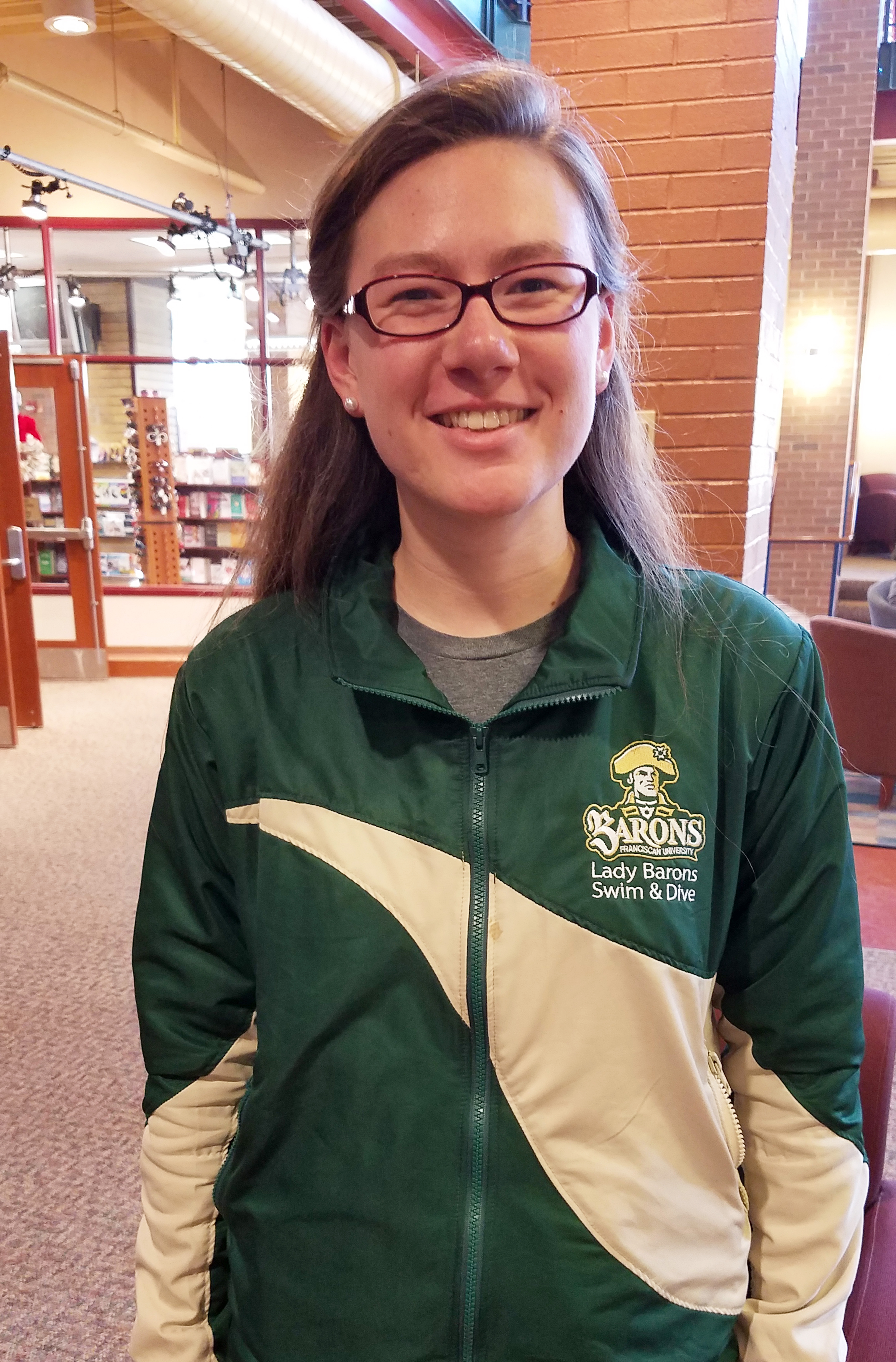 Junior Sarah Tohill has two more AMCC Diver of the Week nominations than every other member of the dive team combined, given the fact that she is Franciscan University’s only current diver for the Swim and Dive Team’s winter season. The diving specialist most recently contributed to a 115-55 victory over Hiram on Friday, adding scores of 146.03 and 167.07 for her first and second round dives, respectively.

“If there’s diving at a swim meet, I will be diving,” she said. As the only diver on the Franciscan squad, she said she’s “practically guaranteed” points, since there’s only two to three other divers present at any given competition.

For Tohill, the love for diving began long before she ever donned a Franciscan swimsuit. “I started diving the summer before eighth grade,” she said, in reference to her ongoing participation in a neighborhood dive program. Her Greenbriar neighborhood squad would regularly compete against local neighborhoods, an environment with served to foster both competition and confidence.

“I started way later than most,” she said, “but I picked (diving) up fairly quickly, so I was able to compete. As I got older it got both easier and harder. There were fewer divers, but other divers had received professional training,” said Tohill. She now saves video footage of her practice dives for further study.

The education major said she still enjoys returning to her neighborhood dive team, although this time as a coach for a younger generation of prospective divers. Of the difference between neighborhood and Franciscan diving, she said that there’s “definitely a different atmosphere. Even though there’s a lot of fun (at Franciscan), there’s an element of focus.”

Seeking to achieve better elevation by, as she said, “decreasing distance from the board,” and by “waiting to start my dives,” Sarah Tohill delivers consistently high scores to a Franciscan University swim and dive team which looks to her leadership.

2017-12-08
Previous Post: Students Sports Column: When it’s over
Next Post: Austria Adventures: What I learned while not talking