Archbishop speaks on mission of church in New America 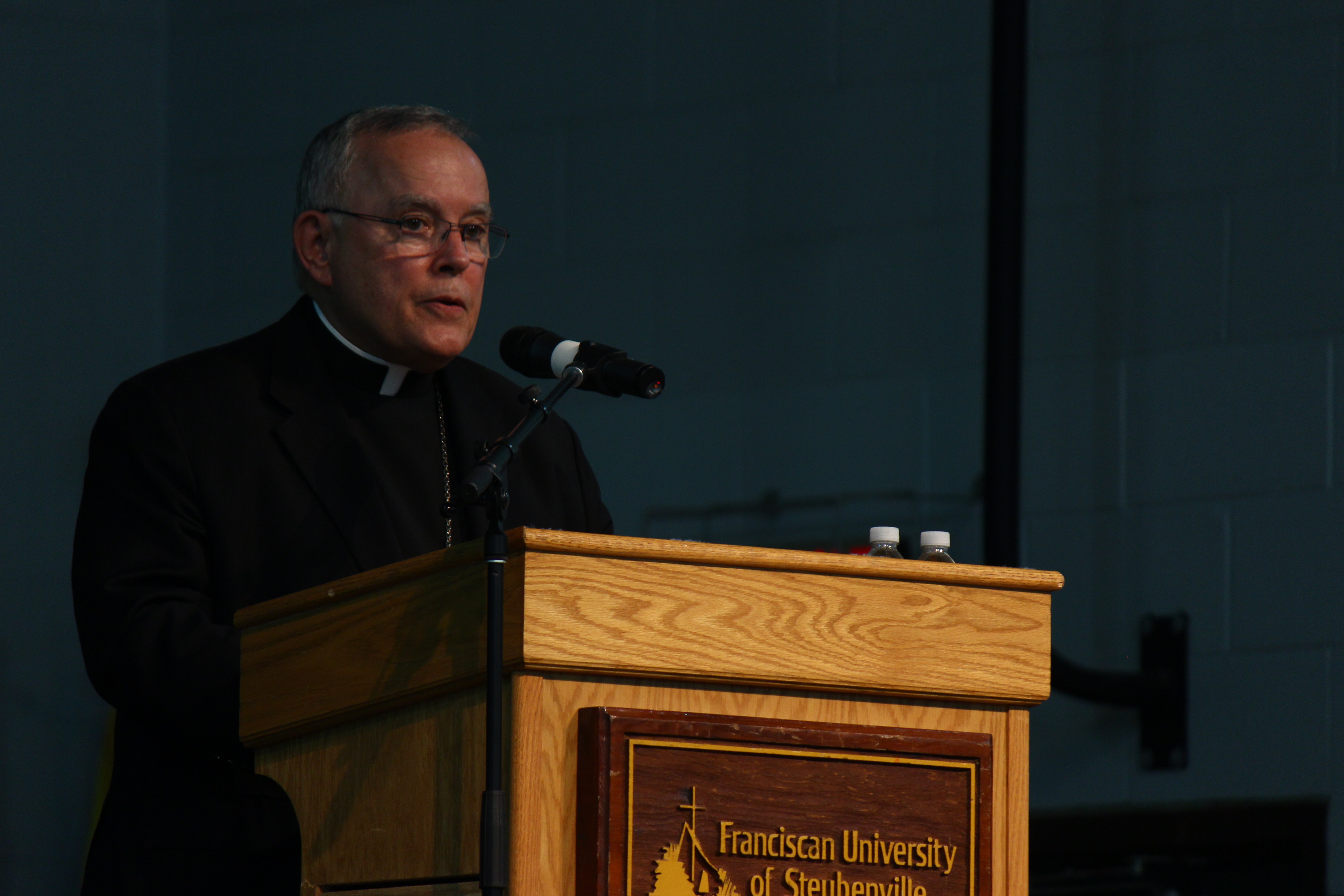 The Most Rev. Charles Chaput of the Archdiocese of Philadelphia spoke Friday night on how the Church can bring hope to the modern world by anchoring itself in and sharing God’s love.

In his talk entitled “The Mission of the Church in the New America,” the archbishop spoke at great length about how the Church continues its ministry in American society today, especially after the results of this week’s presidential election.

The archbishop began by referencing the 1988 song “Don’t Worry Be Happy” by Bobby McFerrin.  He noted that this song was written long before tragic events such as the September 11 terror attacks, release of the graphic Planned Parenthood videos, the economic meltdown of 2008 and the rise of the Islamic State, among others.

But he said that Catholics should not worry, because they have “every reason to hope.”

Chaput compared Pope Francis’ hunger for God to that of the great Doctor of the Church St. Augustine of Hippo, and outlined three beliefs of St. Augustine that are especially relevant today as the Church seeks to continue spreading the gospel in the new America.

First, Catholics must remember that the human condition is basically the same now as it was in the day of St. Augustine, said the archbishop. Secondly, he said that despite the ugliness that often plagues politics, there is a “temporal peace in government,” and cited the need to pray for our earthly rulers.

This brought him to his third point, which was that, while the sin of the nineteenth and twentieth centuries was pride, the sin of the twenty-first is despair. “Too often in today’s world do we turn to despair, when we should be seeking joy,” said the archbishop.

“How we live shapes the world,” said Chaput.  “We need to stay anchored in God’s love. This is how we achieve the Church’s mission in the new America, which is to lead souls to salvation through corporal and spiritual works of mercy,” he concluded.

Chaput made several references to this year’s presidential election, saying that Catholics must remember “not (to) embrace the party, but to embrace the truth.”

Freshman Patrick Tully said that this was a good reminder that Catholics need to spread the good news without being afraid of telling tough truths as well.

Freshman Ally McHale added that the line that struck her the most from the talk was when the archbishop said, “No matter who the president is, we must remember who the King is.”

Archbishop Chaput’s talk was part of the Symposium on Pope Francis’ Vision for the Renewal of the Church, sponsored by the Franciscan Institute for Ecclesial Renewal and The Henkel’s Family Foundation. The purpose of the symposium was to study Pope Francis’ fresh vision for the church and included talks from several noted Catholic scholars.