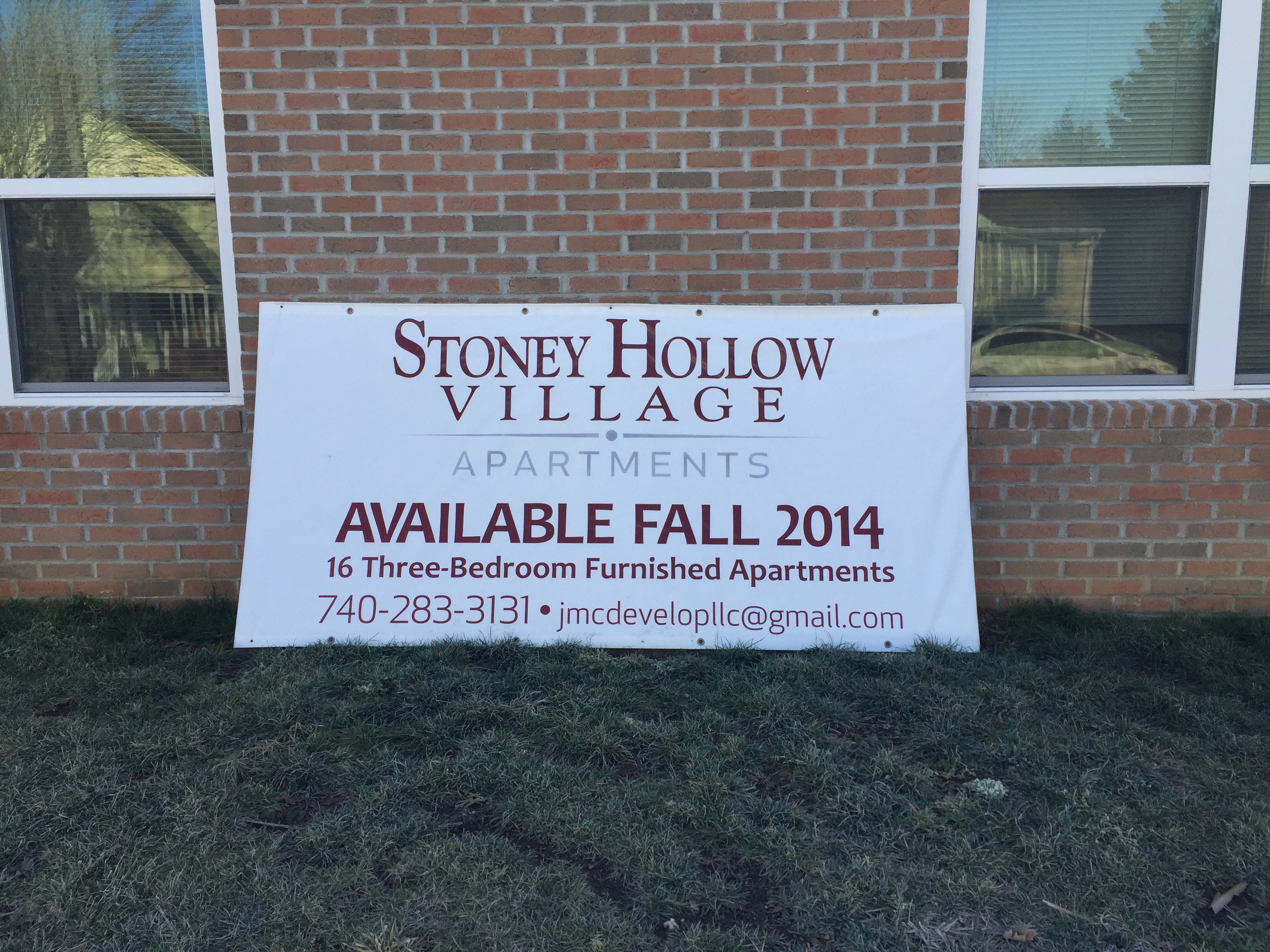 One of the biggest complaints among Franciscan University students is the lack of housing options. There are the dorms or Assisi Heights, or one must take up the task of searching for an inexpensive, reputable off-campus option.

“I lived in the Heights for three semesters and honestly it felt crowded,” said senior Chantal Hurst. “They haven’t been updated in years and it shows.”

Complaints like this one are common, and students, especially upperclassmen, feel limited in what they can do about their living situations. Steubenville local Matt Davis wants to change that.

Davis is the landlord for the Stoney Hollow Village Apartments, a relatively new complex of apartments on Brady Avenue. Less than a five-minute drive from campus, Stoney Hollow has begun to prove itself a worthy option for students seeking alternative and stress-free housing.

“When I set out to start this development project, I had the college students in mind from the get-go,” said Davis. “We had members of the (Franciscan University) housing administration tour the buildings to give input as to what the students would want, and we worked with that.”

The property currently has 16 units, and all are occupied by Franciscan University undergraduate and graduate students. Davis intends to keep the complex occupied by students only for both the sake of community and for safety.

“I wanted it to be a students-only population,” said Davis. “I knew a lot of them were unhappy living on campus as they got older, so I wanted to give them a safe option without losing the feeling of ‘community.’”

Each unit includes three bedrooms, upper and lower bathrooms, in-unit laundry machines, and a dishwasher. All units are also fully furnished, and there is a security system with multiple cameras on the perimeters of the property.

“I am the landlord, but I also oversaw all of the development,” said Davis. “So everything in each building is completely intentional and aimed to make them as student-friendly as possible.”

The apartments were opened for renters in the fall of 2014 but have not gained much traction beyond graduate students until now.

“I really like living here!” said Bryanna Bergman, a junior and Hurst’s roommate. “It gives a much stronger sense of independence, I think, than living in even the Heights. …It’s off campus so you get a little bit more of a sense of post-college life.”

Hurst said, “The utilities are what helped make my decision to move in here, too. … I love having the laundry machine right there and not having to pay for each load.”

Both girls lived in Assisi Heights last fall and opted to move to Stoney Hollow for the spring semester, and both say they have no regrets.

“I think that the students really enjoy living here, and that’s what helps keep it going,” said Davis. “A majority of the tenants I have now are here because they had a friend who lived here and liked it. And I love that.”

Davis said he is hopeful that word will continue to spread around campus about the apartments. He said that with the growing amount of student tenants, he plans to add new amenities for the spring semester, including community picnic tables for warmer weather.