Alternate side of Homeric epic revealed in academic lecture 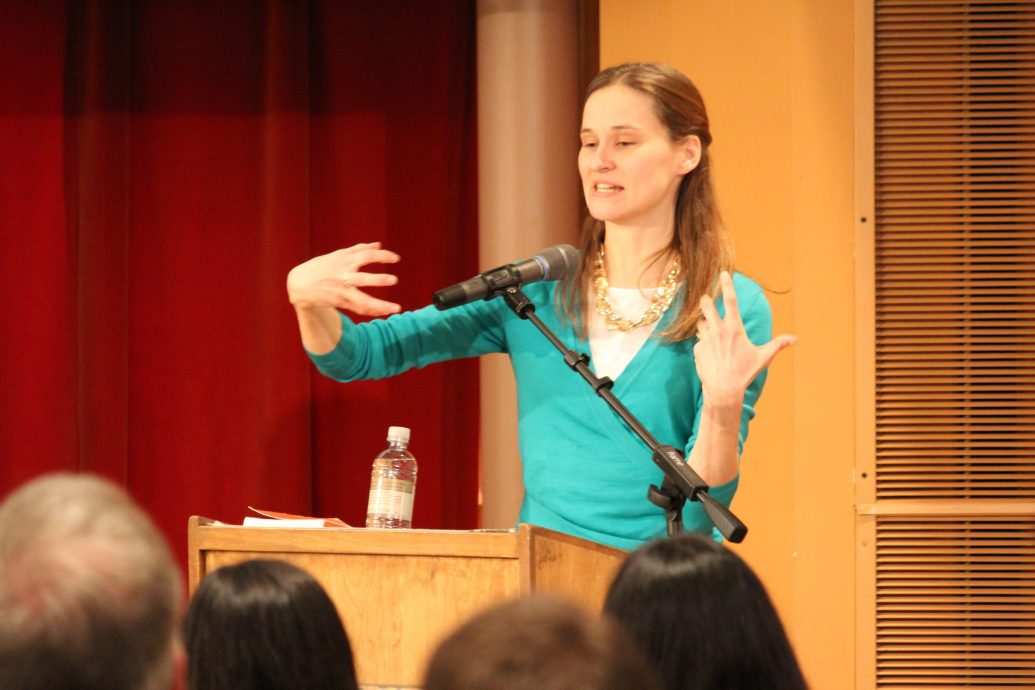 Students and faculty congregated in the Gentile Gallery of the J.C. Williams Center to discover a hidden side to the famous Greek epic the “Iliad” at 3 p.m. on Friday, Feb. 15.

The presentation, titled “The Other Iliad,” was led by Emily Austin, who holds her doctorate in classic literature from Boston University. Austin revealed a contradiction in the “Iliad” and explored its hidden meaning.

Supposedly, the “Iliad” is the story about Troy, Austin explained, yet it focuses on the character Achilles, who was not a Trojan. The “Iliad” is what Austin dubbed a “reverse simile” in which the work ends up describing the Trojans even though the story follows the Greeks.

She explained that “Iliad” means “the story of Ilion,” in other words “the story of Troy.” She questioned why the story was supposedly about Troy when the city was never truly mentioned within the work. “It’s the collision of those two men, Achilles and Hector, that results in something that doesn’t happen in the poem … The sack of Troy doesn’t happen,” Austin said, describing the missing component of the work.

The Trojan features of the story were subtler, Austin explained, saying that Troy was made up of a web of families and relationships for which the Trojans were fighting, thus being an important aspect to them. The character Priam describes the fall of Troy as the Greeks tearing apart families and destroying relationships.

Overall, Austin said, the epic was likely told in this way to see humans as humans and shows the human capacity to understand another person’s feelings. She explained that this idea is especially prevalent in Hector’s and Achilles’ final duel. They remember the loved ones they lost in the battle and together mourn for those losses, showing that they both understand how the other feels.

Freshman Tori Swanner expressed her appreciation for Austin’s talk, saying, “Dr. Austin’s insights about the reverse simile have made me reconsider the way that I think about the ‘Iliad’ by showing how it can be seen in a more hopeful light.”

This Friday Academic Lecture was sponsored by Franciscan University of Steubenville’s English Department.