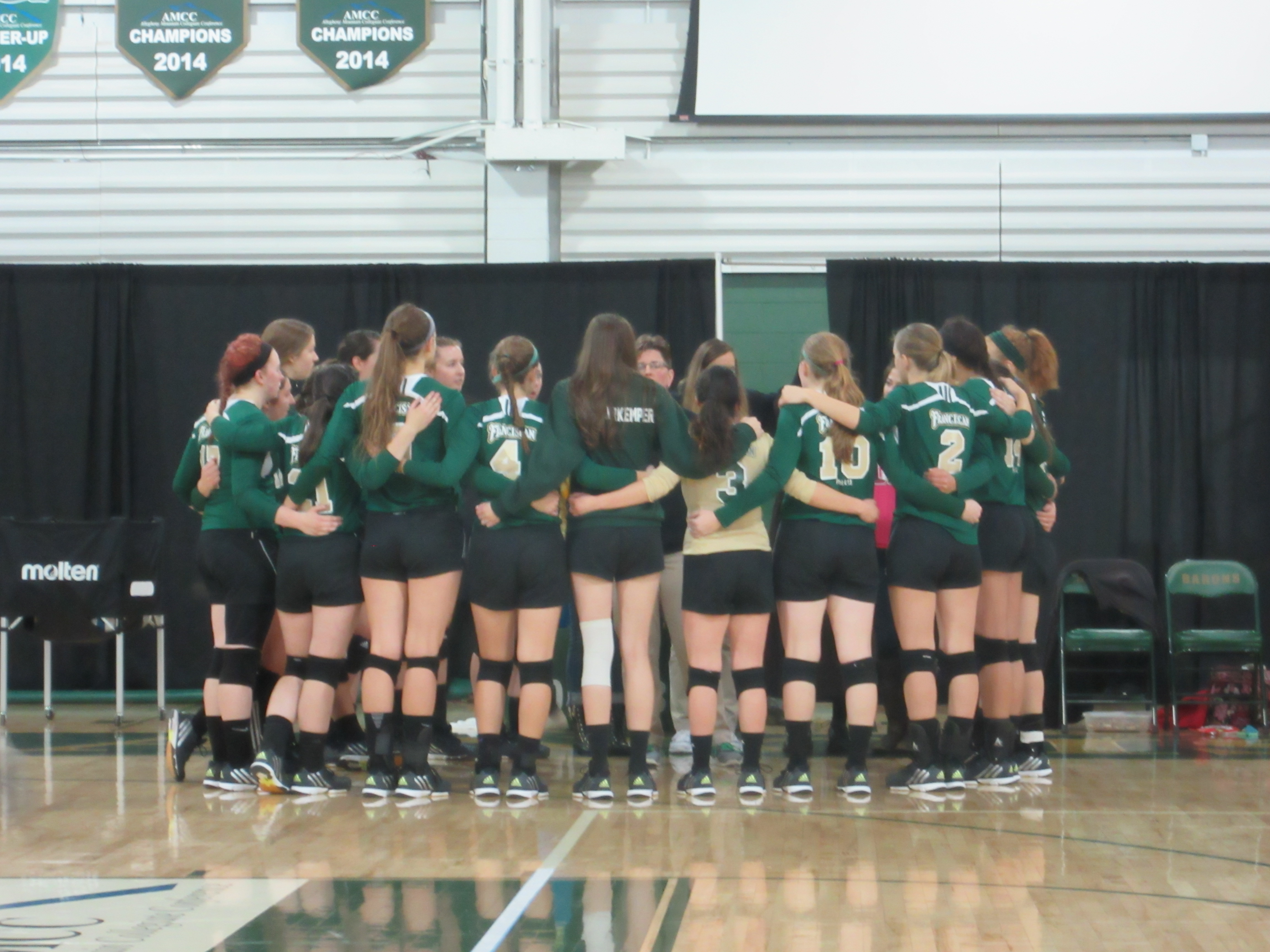 Last year in the Allegheny Mountain Collegiate Conference championship, Penn St.-Altoona was winning 2-0 when the Lady Barons came back strong to win the last three sets and the title.

Head Coach Kelly Herrmann was particularly impressed with some of the seniors on the team, especially two outside hitters, Dani Link and Christina Lawrence, who both finished 12 kills for the team.

“The outside position is such an important position,” said Hermann. “If you have a bad pass, the ball is automatically going to the outside, so it’s important to hit at a high percentage from the outside. For Dani and Christina to hit like that, I couldn’t be happier with their performances.”

Senior libero Samantha Kelly was a great help during the game on the defensive side, finishing with 20 digs.

Herrmann also was impressed with her performance, saying, “When they hit, she’s just waiting for the ball most of the time. She doesn’t make very many mistakes with her reads. I can never say enough about Sam’s performance.

Looking at the AMCC game, the Lady Barons moved to 3-0 with six games still remaining.

The Lady Barons have not seen the last of the Penn St.-Altoona team, though, as both teams will most likely meet again in the conference tournament as they were both chosen to finish first in the Preseason Poll.

The next home game for the Lady Barons will be against nonconference opponent Capital University on Oct. 9 at 7 p.m.

(Note from the editor: This story was lost in the mix and not published on its scheduled date. Our apologies to the volleyball fans who were unable to read this story in a timely manner.)