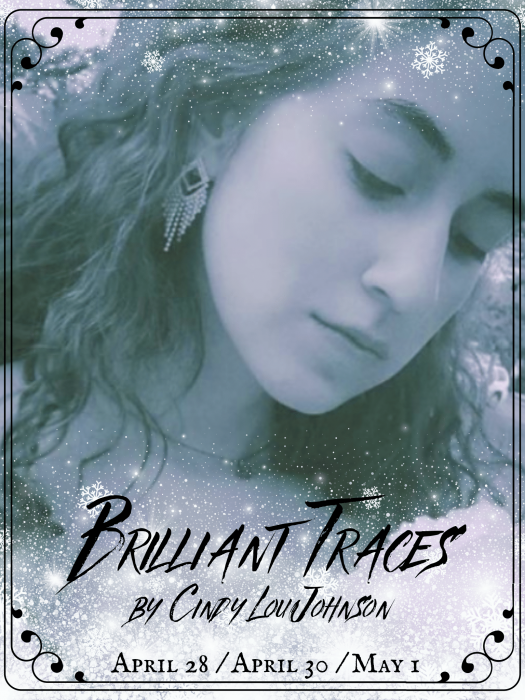 At the end of the month, the theater department will present four one-act plays directed by several senior theater majors.

Seniors Thomas Bodoh, Cameron Kofalt, Michael Lamontagne and Ilona Ludanyi are each directing their own one-act as a capstone project.

Bodoh chose for his one-act “Brilliant Traces” by Cindy Lou Johnson. The story is about two people who are estranged from society but are forced to learn communication when stuck in a cabin together during a blizzard.

Bodoh also said the cast is doing well with the challenges in the play.

“The play itself is written very oddly,” Bodah said. “A lot of the lines are repetitive … so it’s written in such a way that the characters have trouble communicating with each other, and this makes for a very difficult piece to memorize for the actors.”

Bodoh said one of the biggest challenges is the lighting.

“I’m trying some new things with lighting that I’ve never touched before,” Bodah said. “I’m going for an impressionistic feel with the lighting, which will push the boundaries of realism in this play … but I’m hoping to strike a balance with realism and impressionism.”

Bodoh wanted to thank his stage manager, sophomore Cecilia Condi. He said, “She really holds it all together.”

Cameron Kofalt’s one-act is “The Act of Living” by Robert Scott. It is the life story of a married couple, beginning when they are eight years old and progressing until their elderly years.

“Each scene advances a few years and takes them through all the key moments of their relationship together, and it shows how knowing one another has helped them to grow as people and how it has helped them to live a good life,” Kofalt said.

“Ari and Nick are both very, very good,” Kofalt said. “My set is very minimal. It’s just a park bench, so trying to figure out how to move the actors around the stage in meaningful ways is kind of a challenge, but I think it’s going to work.”

“It’s about a former beauty queen, now housewife, who tries to set her niece up on a blind date with a local boy,” Lamontagne said. “The niece is very reluctant to partake in the shenanigans.”

The entire play takes place in one night and is “a battle of ideologies.”

“It’s about the masks we wear for other people; should we change our appearance for other people, when we should, how and the importance of questioning, not completely removing the standards we have, but questioning why we have them in the first place,” Lamontagne said.

“My actors are working hard,” he said.

He added, “The one-acts are an underrated event on campus because it is the amalgamation of all the work and all the things the students in the theater department learn and all the different facets of putting on a show. It’s just as important as our thesis; it’s a capstone.”

Ludanyi’s one-act is titled “Eurydice” by Sarah Ruhl. It is a story about family and what happens when human connections are lost, Ludanyi said.

Ludanyi said, “It’s the story of the mythological Orpheus and Eurydice, but it’s kind of modernized, and it’s basically about Eurydice, who dies and meets her father in the underworld and has to choose between her father and her love, Orpheus, when he comes to get her.”

“We’ve worked a lot on projection,” Ludanyi said. “The tech side of my show has been particularly challenging. There’s a lot of sound cues.”

Ludanyi said, “If people are interested in seeing stories about family and human connection, then they should definitely come see my show. They should also come and support all the other one-act directors because all of us have put a lot of hard work into this.”

Senior one acts are free and open to the public and will be performed in Anathan Theatre Thursday, April 28; Saturday, April 30; and Sunday, May 1.