Women’s tennis charges ahead in conference 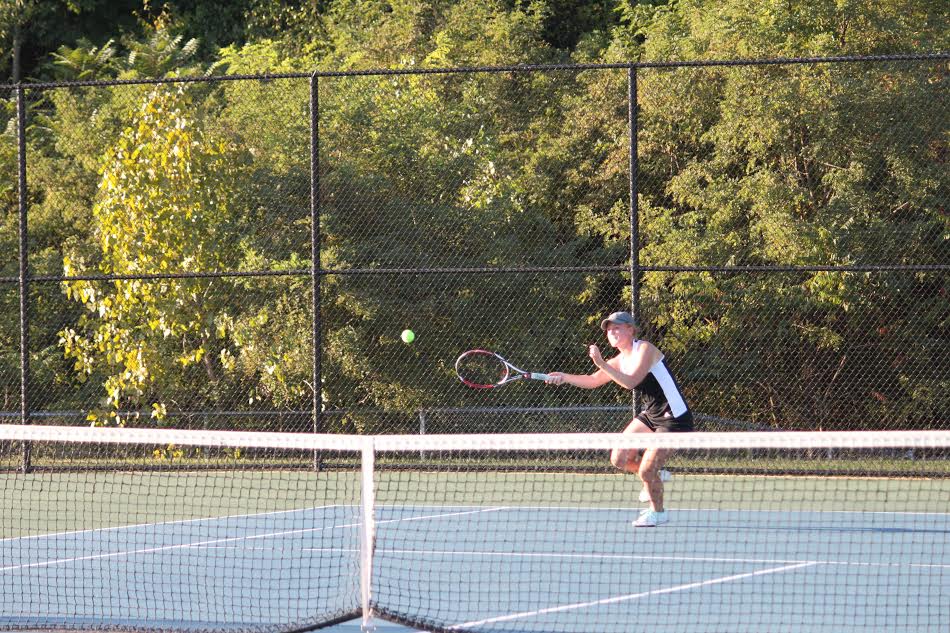 In a potential preview of the 2016 AMCC Championships, the Franciscan University women’s tennis team scored an important victory against conference opponent Penn State Behrend on Friday.

Junior Maggie Vander Woude and sophomore Taranee Karimpour dominated their No. 3 doubles match, riding aggressive volleys to an 8-2 victory. They were off the court in time to watch freshmen Madelyn Conrad and Grace Hammel convert a tiebreak 7-5 to take No. 2 doubles, 8-7. “They played a great match, which gave us the momentum heading into singles,” said head coach Jeremy Ellis.

Six singles matches filled the Belleview courts and it was soon apparent that the match would be a competitive one. Sophomore Maria Binette and senior Claire Haddad bounced back from a tough doubles loss to each clinch their singles matches.

Binette’s 6-1, 6-0 victory at No. 2 singles made her the first woman off the court, while Claire Haddad’s 6-2, 6-0 victory gave Franciscan the No. 4 singles win, and the fourth overall point of the day.

Senior Erin Clyne continued her streak of dominant conference play, stealing the first set 6-4 from her opponent at No. 6 singles, before pulling away 6-0 in the second set to give the Lady Barons a crucial fifth and clinching point.

As the last match on the court, Vander Woude had the full support of teammates and fans. She dominated early, keeping her score close with a series of impressive volley winners. Ultimately, she fell just short of victory, surrendering a 6-3, 6-4 loss at No. 5 singles.

Ellis said the importance of this match as a possible indication of conference playoffs makes the victory all the more significant. “Penn State (Behrend) is our toughest opponent so far, so to have that No. 1 seed will be big going into the tournament.”