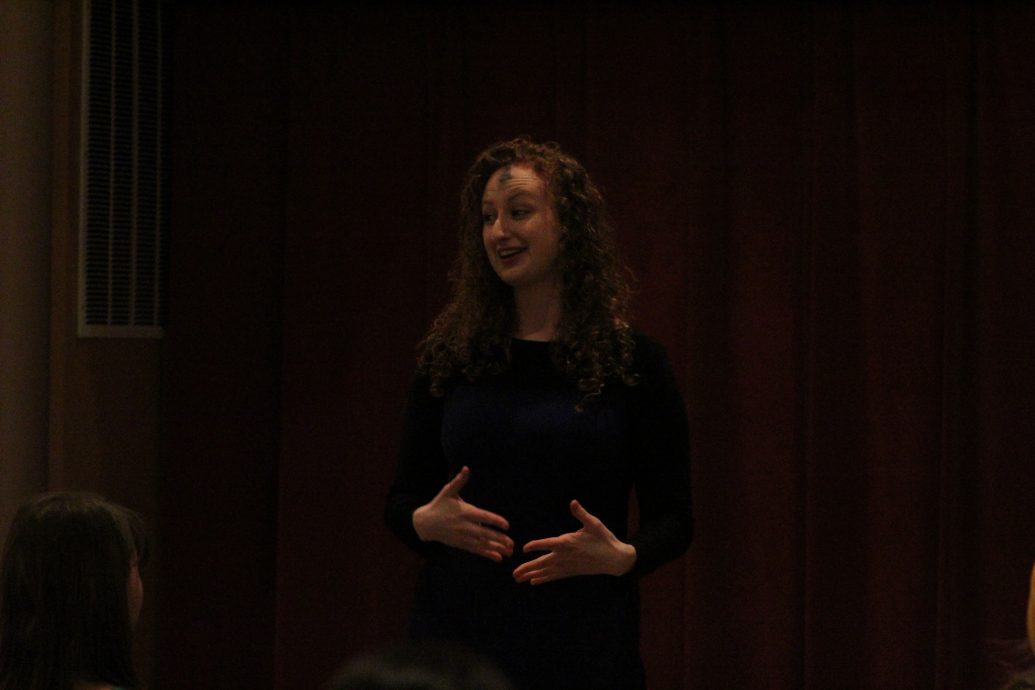 “The ash means I’m a sinner. The cross means I have a Savior,” said Franciscan University of Steubenville alumnus Marriana Leach as she reflected on Ash Wednesday to Women’s Ministry in the Gentile Gallery.

Leach, co-founder of the Culture Project International, who holds a bachelor’s degree in theology and catechetics from the university, addressed several students on March 6 in a segment of Women’s Ministry’s “Abide Series.” The evening opened with a brief time of praise and worship and prayer before Leach gave her presentation entitled “Brave Love: Practical Tips for Real Life Chastity.”

Leach began her talk discussing the lies of the world that often exist in the hearts and minds of women. “Our culture has a skewed understanding of life, love and relationships,” she said. Leach said, “You can tell someone’s lying to you when what they’re saying contradicts itself. How can you tell someone they’re too much and not enough at the same time?”

Speaking of the spiritual heritage of the women of the Old Testament and the female saints of the Church, Leach exhorted the women gathered before her, “Our people are in the habit of crushing serpents.” She energetically urged the young women to not be afraid to break the bonds of anything holding them back from the love of God the Father.

As a practical tip for breaking these bonds, Leach strongly encouraged her audience to focus on “very real, very intentional prayer.” She also stressed the extreme importance of accountability and fellowship among sisters in Christ, saying, “If I don’t have other people holding me accountable, I will walk away from the God I love.”

Leach closed her presentation by encouraging her audience to uphold virtue in a world soaked in vice. “Reject the lie that this sin is going to satisfy you,” she said.

The event concluded with a brief time for reflection on part of a meditation written by St. Teresa of Calcutta entitled “I Thirst.” During this time, prayer teams were also available for anyone who wanted to receive prayer.

Freshman Katie Collin said the event was very impactful as a whole: “I thought the speaker and the topics were really engaging. She upheld truth and was very relational.”

Women’s Ministry’s next installment of the “Abide Series” will be on Wednesday, March 27, in the Gentile Gallery at 7:30 p.m.