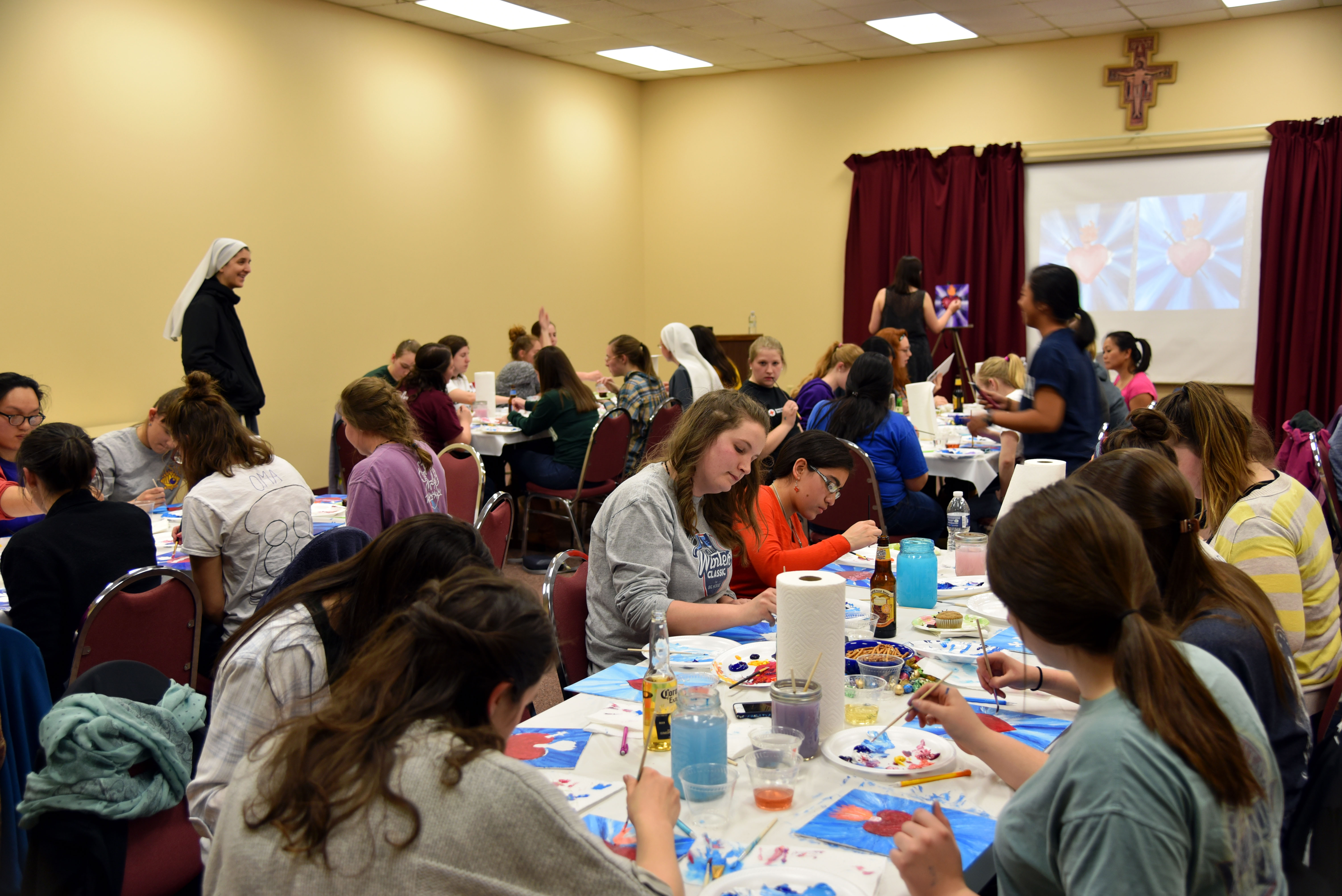 More than 60 women gathered for a night of painting and fellowship hosted by Franciscan University of Steubenville Women’s Ministry on April 7 in the St. Joseph’s Center Seminar Room.

Maura Conant, Franciscan alumna and current women’s lacrosse coach, gave a talk on being oneself.

Conant opened by invoking the prayers of Edith Stein, also known as St. Teresa Benedicta of the Cross, one of the patron saints of Women’s Ministry at Franciscan.

Conant then spoke about living an authentic life, a difficult task for many women to tackle, she said.

Conant said that current culture informs many women about the ways they should act.

She stressed that women can only find their true identities in God.

Conant gave the example of her coaching experience. Conant said that during her first year of coaching she believed that she needed to be incredibly strict with her players so that they would respect her. Instead, she said that she felt miserable and her players reacted poorly.

When Conant received negative reviews on her coaching, she decided it was time to make a change, she said. She said that she abandoned her harsh tactics and began to coach in a new way.

“When I came back the next year, my players said to me, ‘Coach, you’re a different person.’ And I said, ‘No, I’m just being myself,’” Conant said.

After Conant’s talk, junior Amber Pitts led a step-by-step painting lesson. The subject was the Immaculate Heart of Mary.

The women attendees feasted on snacks and homemade desserts while painting alongside their friends, mentors and peers at tables of 10.

“Women’s Ministry did a really great job with paint night,” said junior Elizabeth Leonard. “From expressing our creativity with the painting to enjoying a glass of wine with friends, I couldn’t be happier to be in a community with such kind and loving women at Franciscan University.”