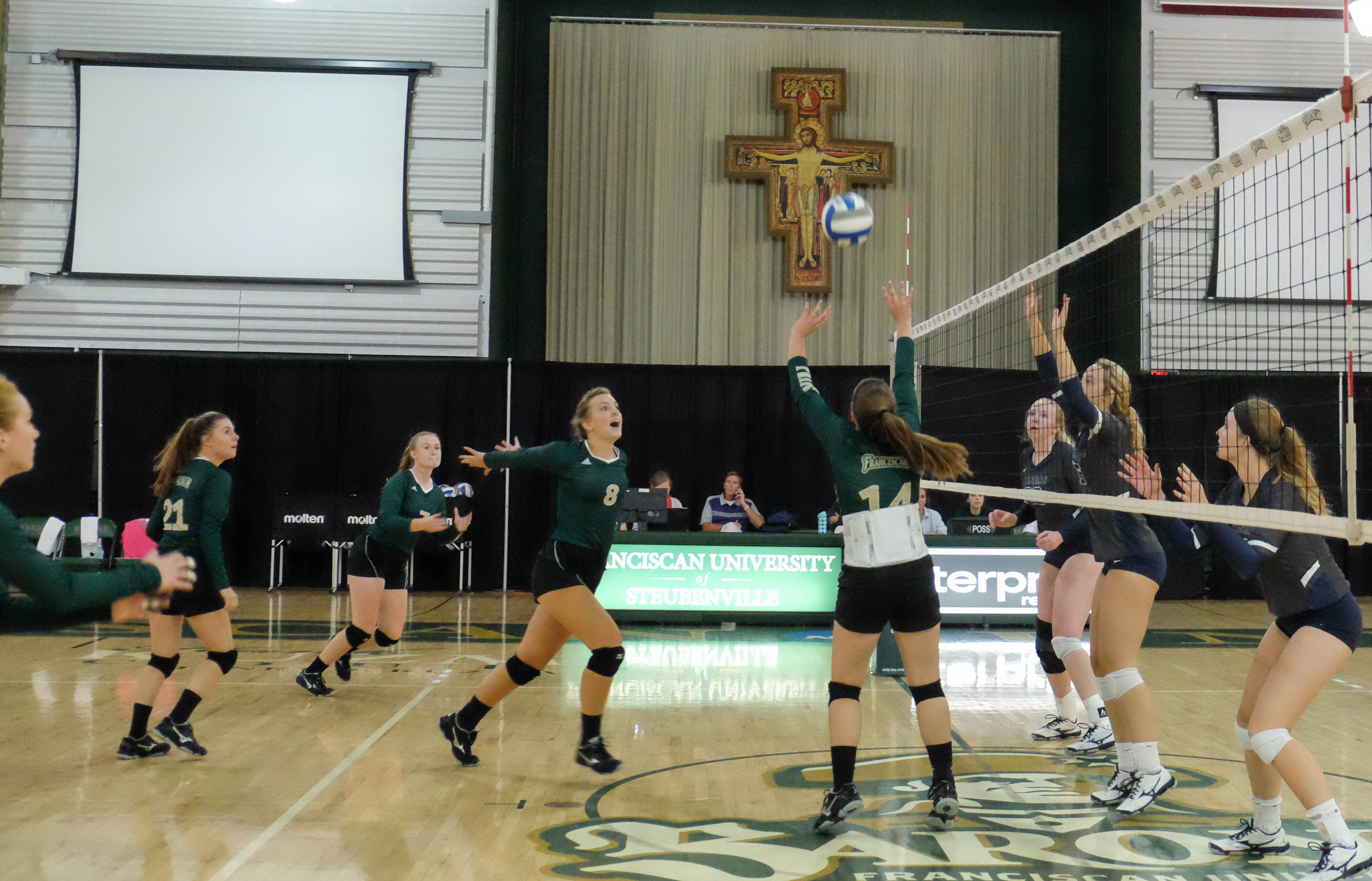 This past Thursday, Sept. 6, the Lady Barons volleyball team took on the Marietta Pioneers for the second time this season, losing 3-0 after a game that kept spectators on the edge of their seats.

Play began with the Lady Barons scoring a quick point against the Pioneers, who reciprocated with two points of their own. The Barons responded by scoring three more points consecutively, and play continued in this manner to the end of the set.

The teams were evenly matched, and when one team gained a small lead, the other fired back full force to tie the score again. When the score was 21-21, the Pioneers broke ahead and scored 4 back-to-back points, finishing the first set with a score of 25-21.

The second set began with a long rally between the two teams that ended ultimately with a kill by freshman middle hitter Maria Bosco. The teams then went back and forth, but eventually the Pioneers broke away with four points in a row, bringing the score to 6-3.

After a timeout called by Head Coach Kelly Herrmann, the Barons came back to the court and immediately scored a point thanks to a kill by freshman middle hitter Emma Birong. However, the Pioneers continued to gain the lead, and it was clear the Barons were beginning to feel discouraged. Fans responded with increasingly louder cheers with each point the Barons gained. The crowd’s enthusiasm, though, was not enough to win the set, and the Barons lost set two with a score of 25-9.

The Barons regrouped by the start of the third set, coming back to the court like the score was 0-0. The Pioneers took off with an initial lead, but the Lady Barons came back fighting. When the score for the set was 7-1, the Barons scored two quick points, and a group in the stands jumped to their feet, encouraging the Barons with their cheers. The Barons began to make some headway and brought the score up to 10-7.

Unfortunately, the headway they gained was not enough. After some more intense rallies and bursts of energy from the Barons on and off the court, the game reached match point with the Barons trailing 24-16. The Barons fought to the end and began to make another comeback. With help especially from sophomore outside hitter Mary Kate Bodien and sophomore libero Lauren Betar, the Barons gained three more points. The excitement in the air was palpable, but the Pioneers were not done either, and they scored one more point, defeating the Barons in the final set by 25-19.

Herrmann was disappointed with the end results but pleased with her team nonetheless. Explaining that the team has changed its lineup about five times in six matches, Herrmann said that “our very young team has been struggling a little bit, you know, just trying to find the right line up and consistency,” but they “are really playing hard and doing a lot of things well.”

2018-09-12
Previous Post: Cross-country off to a strong start at Fisher Invitational
Next Post: Students Flamingle at Exc!ting tropical event