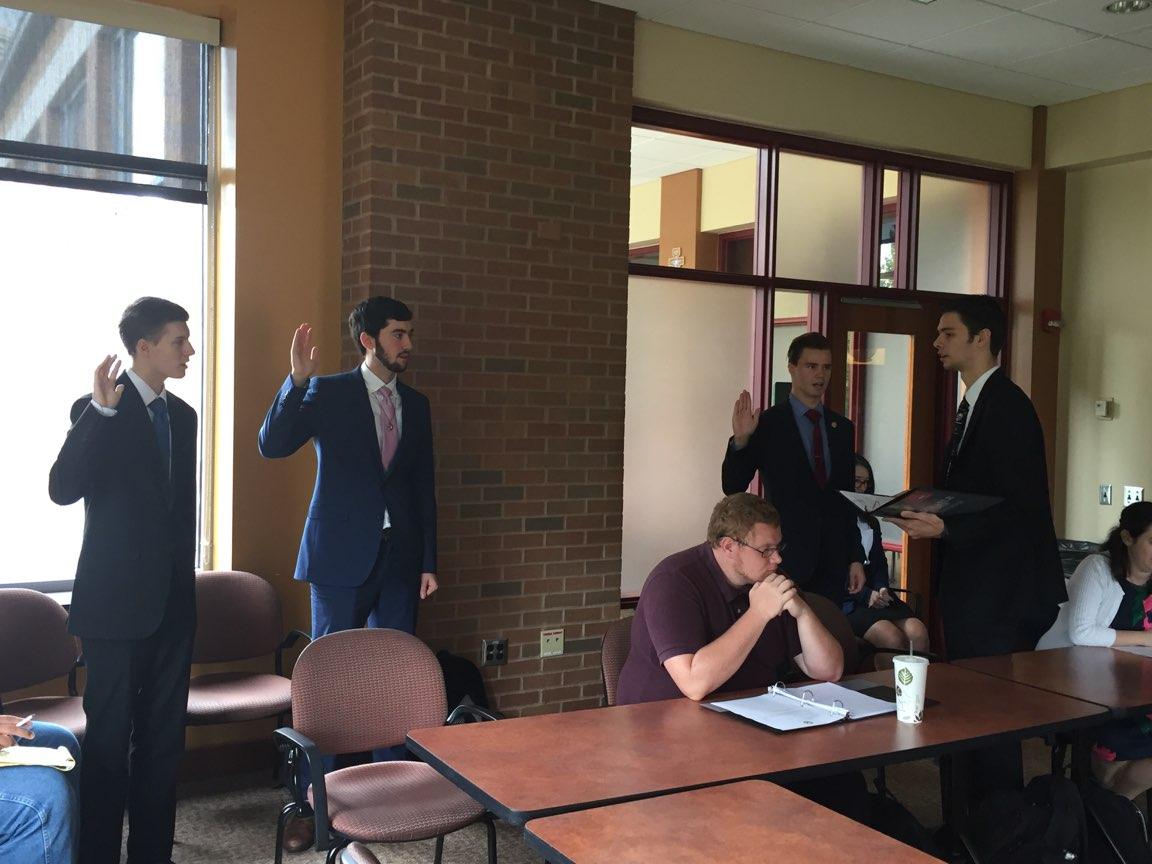 Markle, a resident assistant in Sts. Louis and Elizabeth Hall, said he wanted to join Student Government to foster a relationship between it and Christian Students for Free Enterprise, of which he is a part.

Nick, a junior theology and economics major, had served on Student Government in the past and during his semester abroad in the spring 2018 semester. He said that his involvement with the university’s Center for Leadership helped him find a passion for government.

McNichol, a founder of the Veritas Society, said that he had a passion for serving the student body and believed Student Government would allow him to continue serving his fellow students.

The students were elected via a secret ballot by the five sitting senators at the meeting.

During the meeting, senators voted to confirm Carrie Perham as a justice. Perham, an international business major, was not present at the meeting, but President Gabe Gessler vouched for her and she was confirmed unanimously.

Senators also passed Fall Bill 13, which allocated $310 to the Veritas Society. According to the bill, the money would be used for publication of The Gauntlet, the society’s new print publication. The bill was approved unanimously.