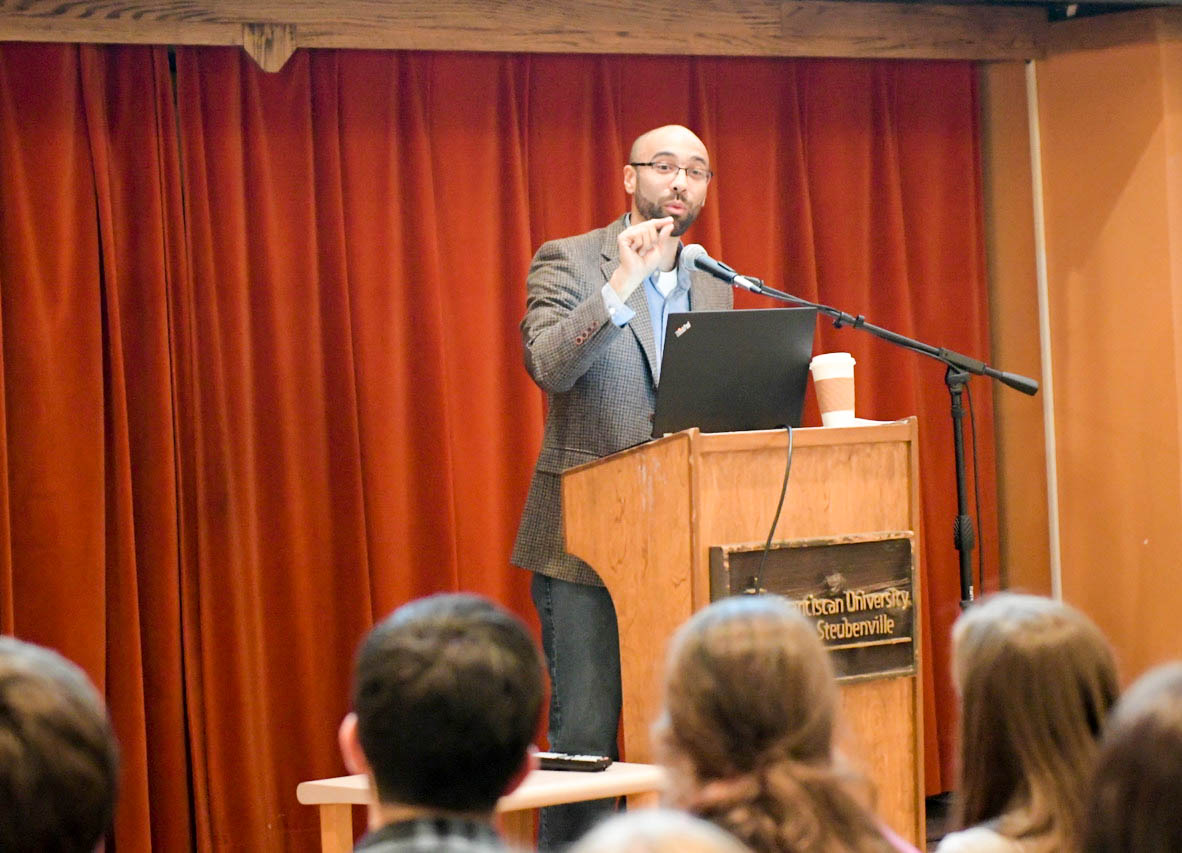 Over a hundred students flocked to listen to a talk on dating and marriage, part of Franciscan University of Steubenville’s annual Gift of Human Sexuality Symposium, on Thursday, Sept. 11.

With standing room only in the Gentile Gallery, Matthew Breuninger, who holds a doctorate in psychology, commenced his presentation, “Advice on Dating and Marriage from the Trenches.” Breuninger commented on the dating culture on campus and read retrospective advice from university alumni whose marriages have fallen apart.

Breuninger asked the audience, “Are you the kind of person that can be in the trenches (of life) with another person and be helpful?”

“You should be growing and cultivating the virtues that you need,” he said, “to be the kind of man and woman that can be in the trenches of life … and not … wave the white flag of surrender.”

Breuninger highlighted a major problem with modern dating when he described the economics of dating. As the national number of women graduating from higher education surpasses the number of men, the dating market for educated young people is tipped off balance.

“In a dating market where men are in high demand … men don’t have to live up to any standard,” said Breuninger, and women are “willing to sacrifice a lot for something that is scarce.”

Breuninger listed concerns about Franciscan’s dating culture, such as students using “obscure language” to ask girls out on dates, gossip among households and “hiding behind Jesus (or) discernment” instead of being honest about one’s feelings.

The talk proceeded with advice from Franciscan graduates “in the trenches” of married life. For students considering dating, alumni suggested they pay attention to “the practical things” instead of getting distracted by the beauty of romance.

Many alumni attributed the difficulties in their marriages to weak communication, insincere apologies, disrespect of boundaries and not trusting God and their “gut feelings” about a relationship.

With dozens of students laughing, applauding and staying for a Q&A session, Breuninger’s presentation resonated with his audience. Michael Walsh, a junior psychology major, agreed with Breuninger, saying, “Don’t overthink things … you know yourself.”