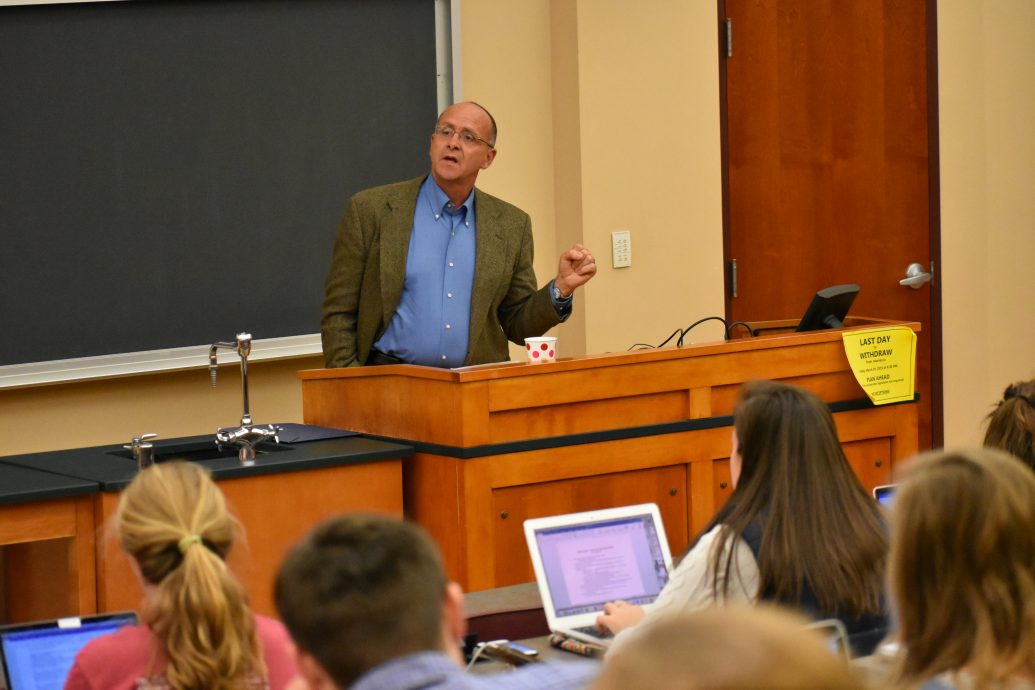 A theology professor enlightened students about the importance of St. Joseph as a spiritual father in a talk in the Pugliese Auditorium at 7:30 p.m. on Monday, March 19.

Continuing his Theology Live Series with a talk titled “Meet your spiritual father: St. Joseph,” Mark Miravalle, who holds a doctorate in theology, described Joseph in his role as both a father for the Redeemer of the world and a father to the faithful.

Senior Leah Witham was inspired by how Pope Francis showed his devotion to St. Joseph. “The image of having a statue of St. Joseph and putting intentions under there (and) the miracles that can come about … is quite striking. It makes me want to have a St. Joseph statue,” said Witham.