Speaker demonstrates the influence of a father on the family 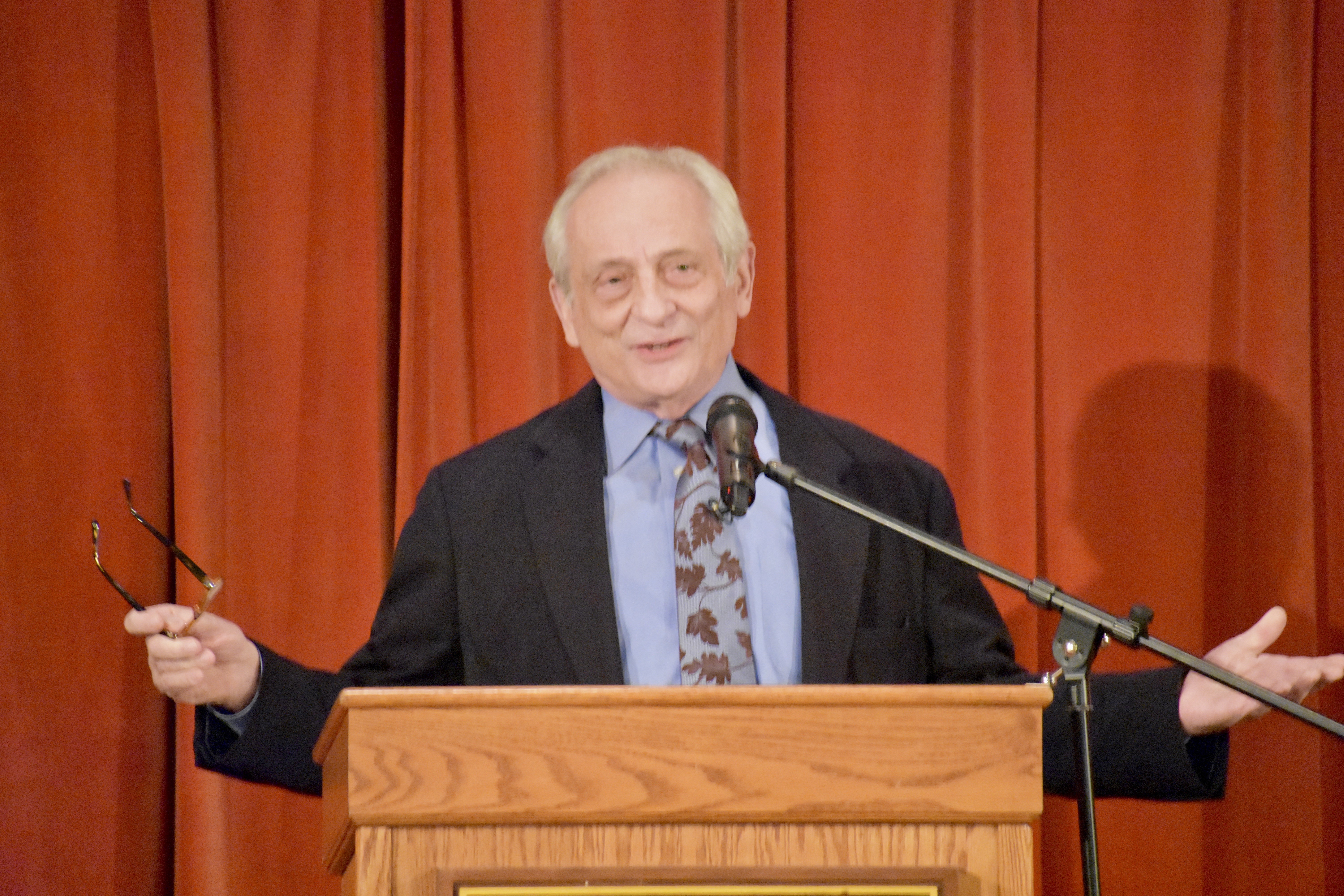 There is a crisis in our world today: the crisis of the family, said a well-respected psychologist in his talk on Nov. 3. Paul Vitz, who holds a doctorate in psychology from Stanford University, lectured on “The Importance of Fathers for the Family,” which was one of the Fall 2017 Friday Academic Lecture Series at 3 p.m. in the Gentile Gallery.

Vitz called young men of the next generation to be fathers that are not only present but are involved in the lives of their children. “Being a father is the best way to engage in self-giving love,” he said.

“Mom can’t do it all on her own,” said Vitz, explaining that although many single mothers are amazing and sacrifice greatly for the sake of their children, they were never meant to do it alone. In fact, Vitz explained how when fathers are present, the mothering is better and her morale goes up.

Conversely, the absence of the father increases chances of delinquency in children, especially in the sons. Ninety percent of all crime that occurs in the U.S. is by boys who grew up with absentee fathers, said Vitz. When fathers are present, the sons learn good behavior and self-control and how not to allow their anger, aggression and sex drive to rule them.

Women who grow up with an absent father have a deep desire for male affirmation and support, said Vitz. Unfortunately, a good percentage seek it in the wrong ways. For the daughters, they have a higher chance of becoming sexually active at an early age and more susceptible to depression and anxiety.

Fathers are meant to be the patriarchs of the family, Vitz said, and are more influential in the passing on of religion in the home, more so than mothers. Mothers and fathers are complimentary in their role of raising children: where moms nurture and care, dads push them to be brave and experience new things. Vitz used the analogy of a child climbing a ladder while his dad is holding it steady.

Boys have a harder time than girls with their sexual identity, so it is vital for fathers to be present and involved in their sons’ lives, Vitz said. When the father is absent, many young men grow up and have gender identity crisis. “It’s time for dad to be present!”exclaimed Vitz, who explained that the best and only way to help this world change is to heal the family.

Freshman Jerry Harkins agreed, saying, “Men have to step up to the plate to be good fathers. It’s a vocation, not an accident.”

2017-11-13
Previous Post: Workshop gives men tips on how to serve as leaders
Next Post: Men’s ministry discusses virtue through cinema