Speaker cites Mary as model of receptivity for women, men 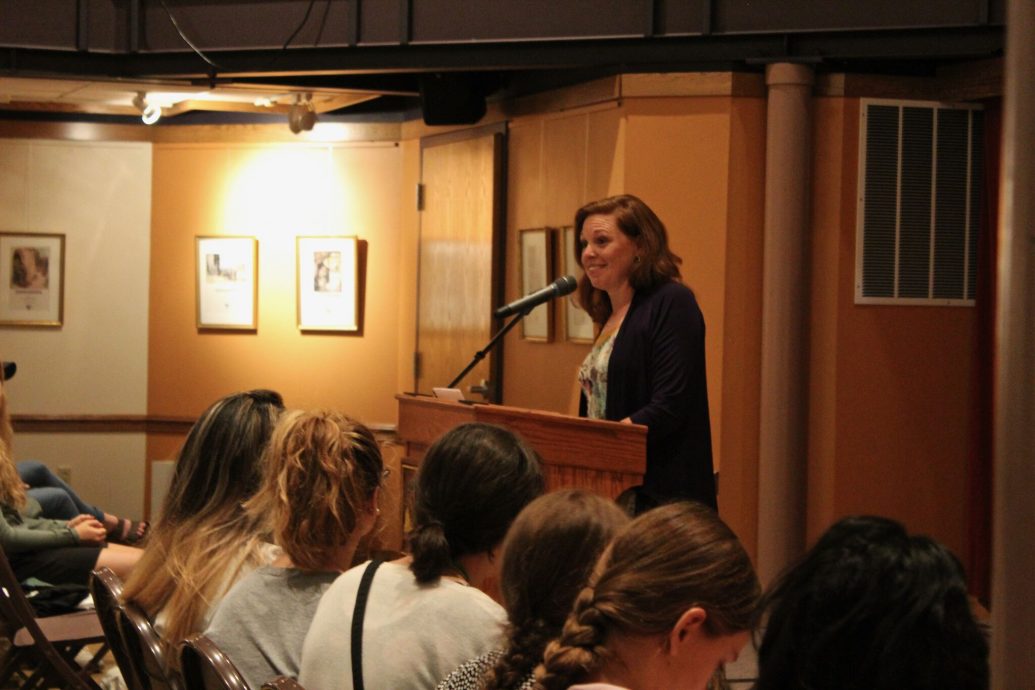 The evening of Sept. 9, students convened in the Gentile Gallery for the fourth installment of the Gift of Human Sexuality Symposium: a feminine, Marian reflection on Pope St. John Paul II’s Theology of the Body.

Cindy Costello, professor of theology at Franciscan University of Steubenville, invited listeners to imitate Mary as the pure model of feminine receptivity. To do this, Costello explained the need for a return from cultural feminism to true feminism grounded in receptivity, generosity and fruitfulness.

Costello called cultural feminism the “Anti-Mary” because it bombards women with negative messages about their virginity, sexuality, motherhood and ability to conceive life. On the contrary, Mary valued her sexuality and received the life of Christ into her womb.

Men also are assailed by messages that contradict God’s plan for their masculinity. Costello said that through Mary’s example and a true understanding of Theology of the Body, men can hear more clearly the call to give of themselves as Christ did on the cross.

“The perfect feminine response, both male and female, is Mary,” said Costello. “We look to Mary to understand receptivity to God’s mission and grace. She was called by the angel ‘full of grace’ and received the author of grace.”

Costello explained that Mary had to generously offer herself — body, mind, heart and soul — to be the mother of Jesus. “Mary’s strength was to get her own will out of the way,” said Costello.

Costello contrasted Mary and Eve, noting that Eve did not trust God and grasped for the forbidden fruit in Eden. Mary, on the other hand, trusted God completely and received Christ as the fruit of her womb.

Mary also exemplified how to receive suffering when she stayed by Jesus’ side at Calvary. While Jesus suffered out of love for us, Mary responded by suffering with her son, said Costello.

In the same way, Costello explained, men and women are called to receive suffering like Mary did so that God can bring the beauty of the resurrection out of the pain of the cross.

“For me, this helped me to realize how much I can relate to Mary,” said freshman Savannah Pawley. “I plan to take my hardships to her and to begin praying to her for guidance.”

Over 50 people attended the talk. The night concluded with the singing of “Immaculate Mary” and a well-attended Q&A session.