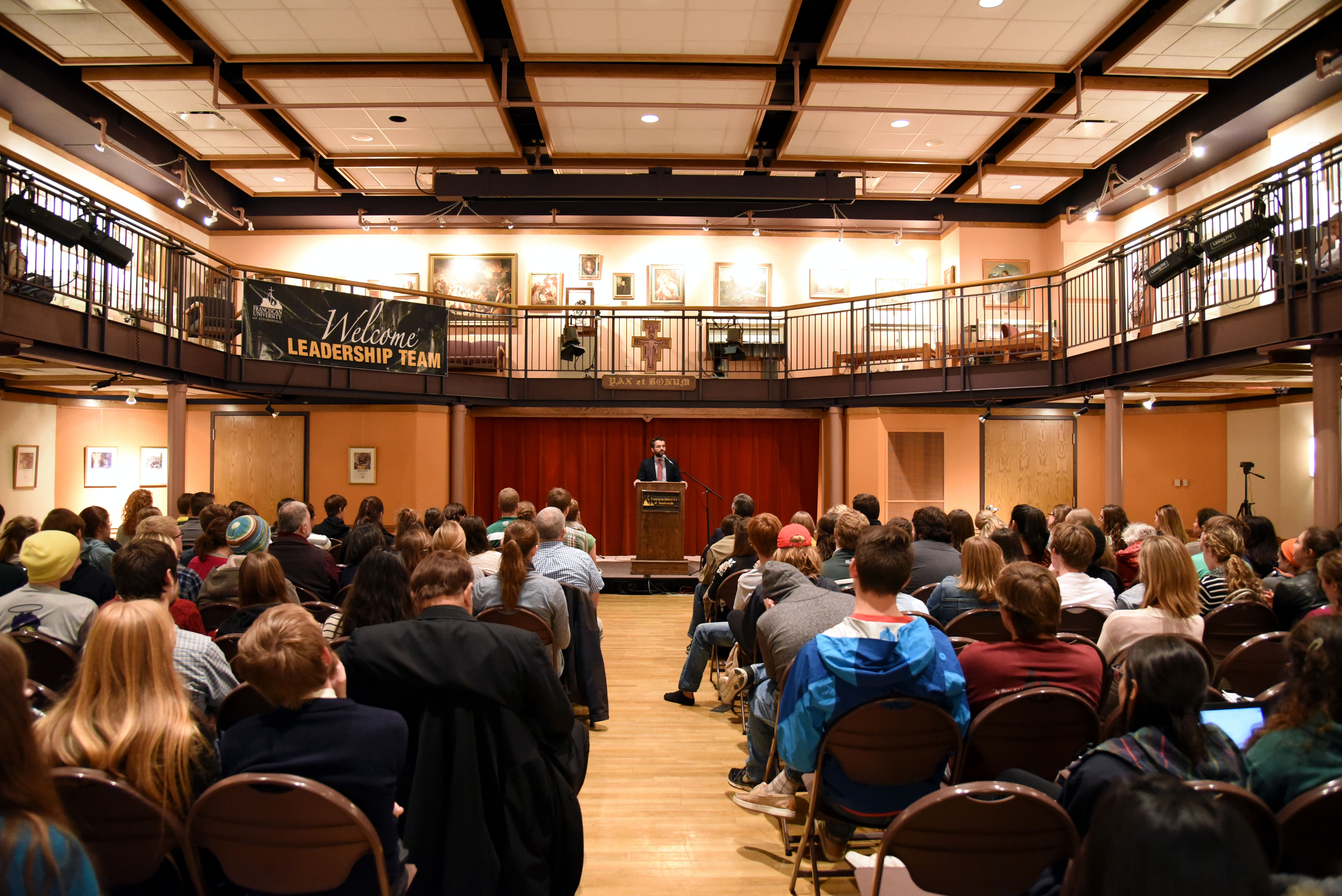 Ryan T. Anderson of the Heritage Foundation spoke to Franciscan University students on the Catholic response to gay marriage in a presentation Nov. 18 in the Gentile Gallery.

Anderson, who holds a doctorate in political philosophy and is the William E. Simon Senior Research Fellow in American Principles and Public Policy at the Heritage Foundation, is a well-known speaker on social justice and the marriage issue addressed the issue of gay marriage and how to respond as Catholics.

“It’s vitally important that your generation and your children’s generation (does) not buy into a lie that somehow the truth about marriage is unconstitutional,” said Anderson.

Anderson said gay rights activists are having Christian organizations sued for not supporting their marriages.

This is why it is vitally important to understand the issues of today and be able to fight them, said Anderson.

Anderson received his bachelor’s degree at Princeton University, and his doctorate in political philosophy from the University of Notre Dame. He speaks mostly on the topics of social justice, religious liberty, bioethics, suicide and marriage.

When speaking about the event, Tommy Valentine, president of Young Americans for Freedom as well as a history and communication arts major said, “(students) come because they care about the issues, and I think that shows that … young people here at Franciscan have a longing to know more and to learn more about what’s going on in life, and how they can get involved.”

Maria Brandell, a freshman theology and catechetics major said, “I think this has been the best talk I have ever been to on this issue. … This is a very practical talk on how to respond to this and what this is going to look like in the future and what we can specifically do to step up to this issue.”

Anderson’s talk was sponsored by Young Americans for Freedom and the Center for Bioethics.