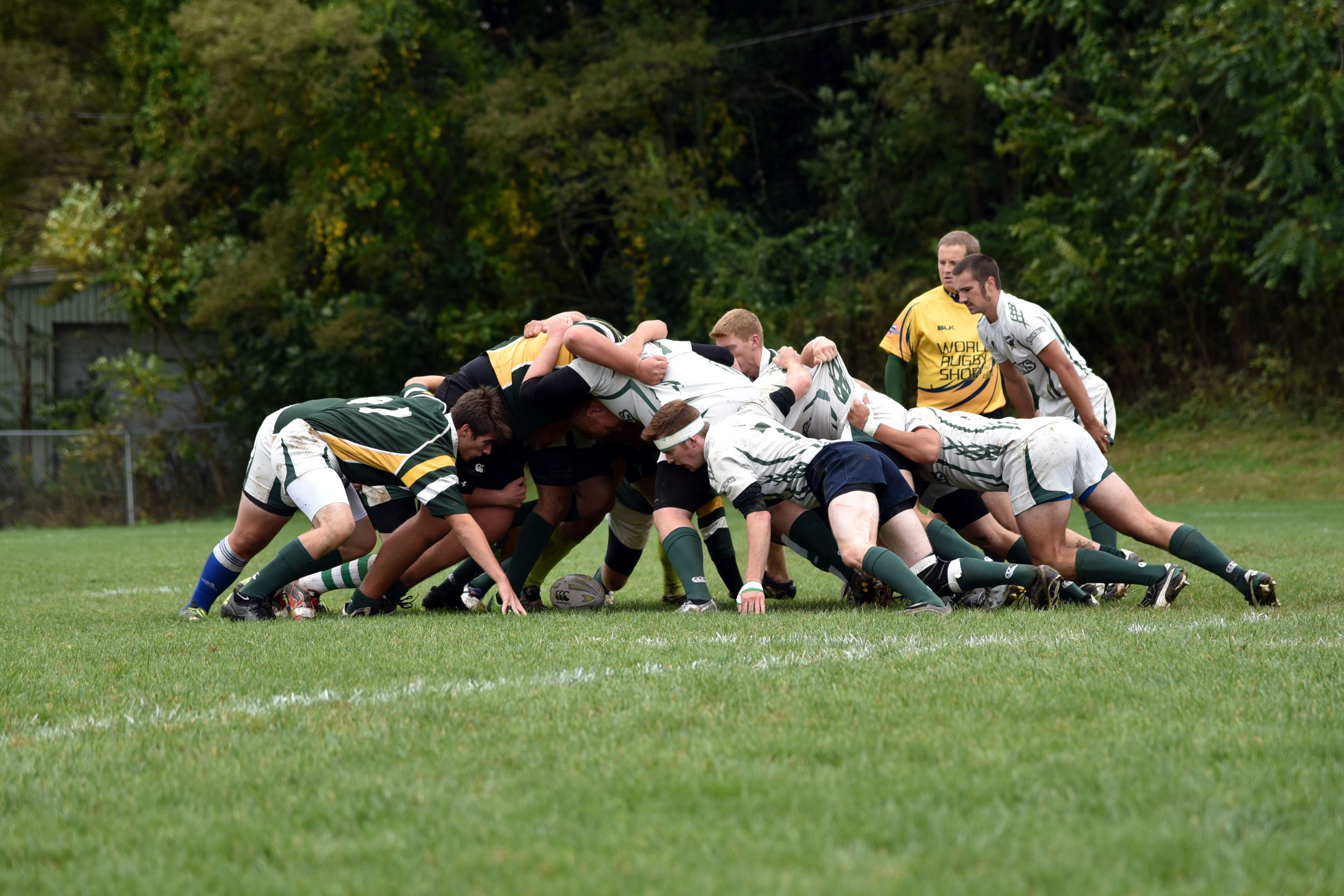 The Franciscan University rugby team showed the alumni who’s boss with its superior conditioning Saturday in a dominant 43-13 victory.

The game opened with a bang, evidence that the alumni did not want to lose this game, for they were coming hard. The opening minutes were filled with aggressive tackles and strong runs.

After 11 minutes of play, the alumni were the first to break through with a try from Jimmy Kueber.

“We knew we had to hit them first,” said Head Coach Chris Courtnell, who played with the alumni. “We did that and took the other hand but the current team was able to pull together and swing momentum back onto their side.”

The current Barons would not be down for long as senior Ian Miller responded with a try of his own just six minutes later. Following a successful conversion, the Barons took the lead 7-5.

After another 20 minutes of strong defense and bone-crushing tackles, it seemed like neither team would break through again until junior Kevin Arkoosh flew down the sidelines to score the Barons’ second try of the game, leaving a 14-5 score at the half.

As the second half commenced, it clearly felt that the younger Barons were going to run away with the game, especially as sophomore Paul Deschler scored his first try one minute into the half.

The alumni weren’t done just yet as six minutes later James Weiss secured a try and several minutes later completed a successful penalty conversion bringing the score to 21-13. It was clear, however, that the alumni were slowing down.

“Early on it was a tight game, but after that they were just more conditioned than us,” said Courtnell.

With the alumni slowing down, the Barons took advantage by getting the ball to their backs and having them use their speed, resulting in four easy tries.

Twenty-one minutes into the second half, Deschler got the ball rolling with his second try of the game. Three minutes later, junior Luke Planchet got his name on the board with a try followed by Deschler’s third try three minutes after that. The game was closed off with a try 31 minutes in from sophomore Lucas Borden bringing the score to 43-13.

After 32 minutes of play, the referee called an early end to the game because both sides were running short on players.

Of the Barons’ performance, Courtnell was elated, saying that there have been major improvements even from their latest win over Fairmont State.

“It was all about who wanted it more and the current team wanted it a little bit more today,” said Courtnell. “It was a good day for Franciscan rugby.”

The Barons’ last home game will be Oct. 24 against Gannon University at 1p.m.