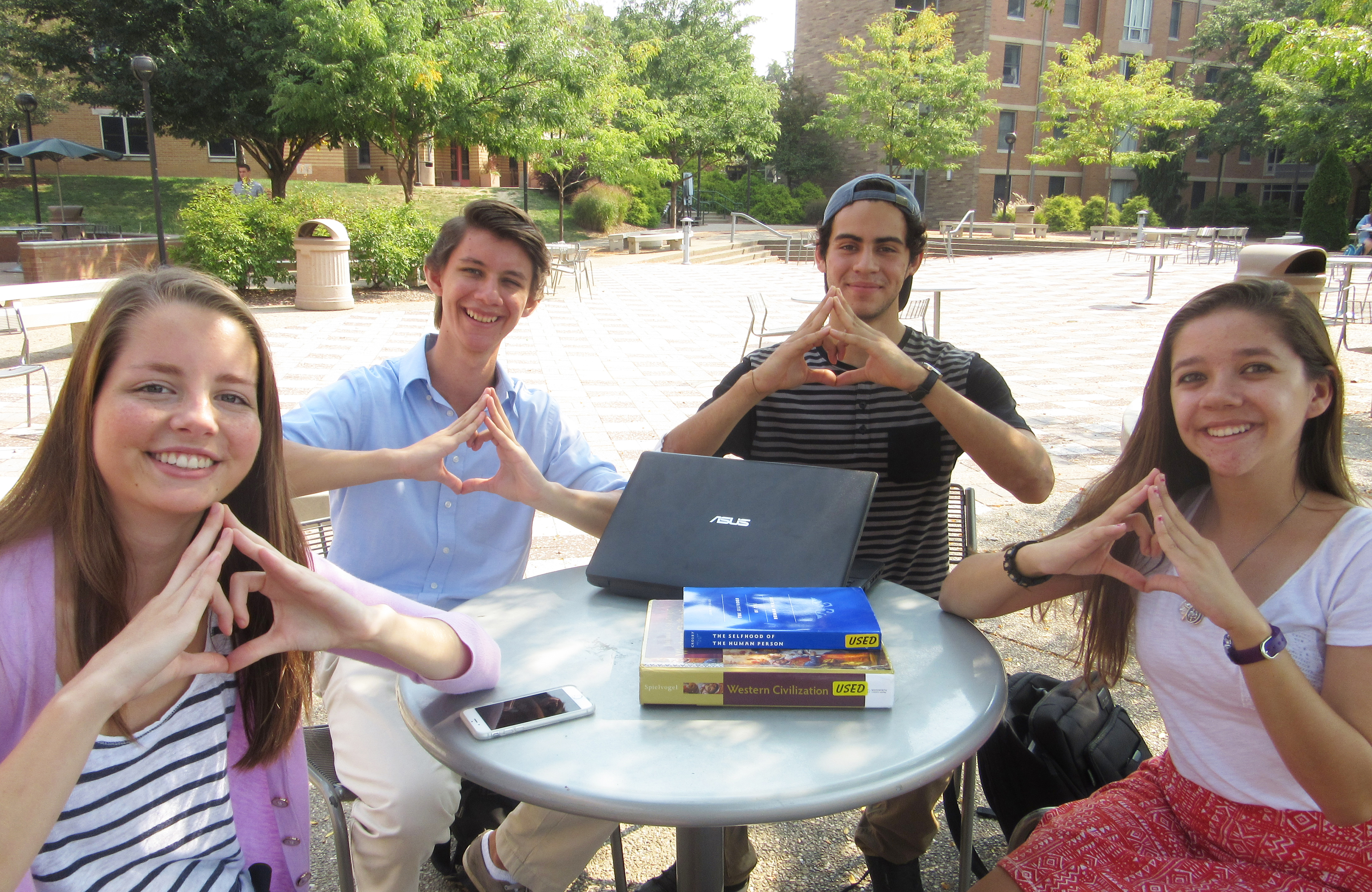 Project Every Heart, a Franciscan University campus-wide consecration to the Blessed Virgin Mary, received positive feedback from students when it was launched Friday, following weeks of planning.

Using the Rev. Michael Gaitley’s “33 Days to Morning Glory,” a book that focuses on the lives of four different saints over 33 days, Ned Hesser, a senior resident assistant in Trinity Hall, hopes that every student at Franciscan will be consecrated to Mary. Each day has a one-page reflection on a saint and after the 33 days, there is a prayer that students can recite to formally consecrate themselves.

MJ Murrell, a resident assistant in St. Elizabeth Hall, compared the 33-day lead-up to the celebration of Lent before Easter.

“You could say the prayer without doing the devotions, but you’d be missing out on so much,” she explained.

Hesser proposed the project in April. He had originally planned for the consecration to be celebrated by a total of seven resident assistants in the residence halls.

Then he discovered that Kolbe Young, a resident assistant in St. Louis Hall, wanted to plan a Marian consecration for the men in his dorm. Young and Hesser collaborated and the project grew into plans for a campus-wide Marian consecration.

Gaitley donated 750 copies of his book for Franciscan students. Students were invited to attend the kick-off event Friday in the Gentile Gallery where they watched a video explaining the consecration and received a copy of the book.

“You know you go to the best college ever when you have a campus-wide Marian consecration,” said freshman Michelle Barrigan.

Hesser explained the purpose of a Marian consecration: “Mary gives you to Jesus more perfectly than you could give yourself to Jesus. Our goal is to unite the campus under the mantle of Mary.”

To supplement the daily devotions, videos will continue to be shown in individual dorms.

Hesser said that if students missed the initial screening of the video, they can be involved with the project at any time.

“Mary isn’t a bureaucrat,” he said. “Whenever you want to start the consecration, she will welcome you with open arms.”

Students around campus can be seen wearing chains that Franciscan alumnus Armando Giraldo says serves as a symbol that they have devoted themselves to Mary.

“When I’m tempted to go against God’s will, I can feel the chain on my wrist get physically heavier,” he said.

Hesser said, “How cool would it be if people all over the world saw that 2,000 (Franciscan University) students were using the same hashtag?”