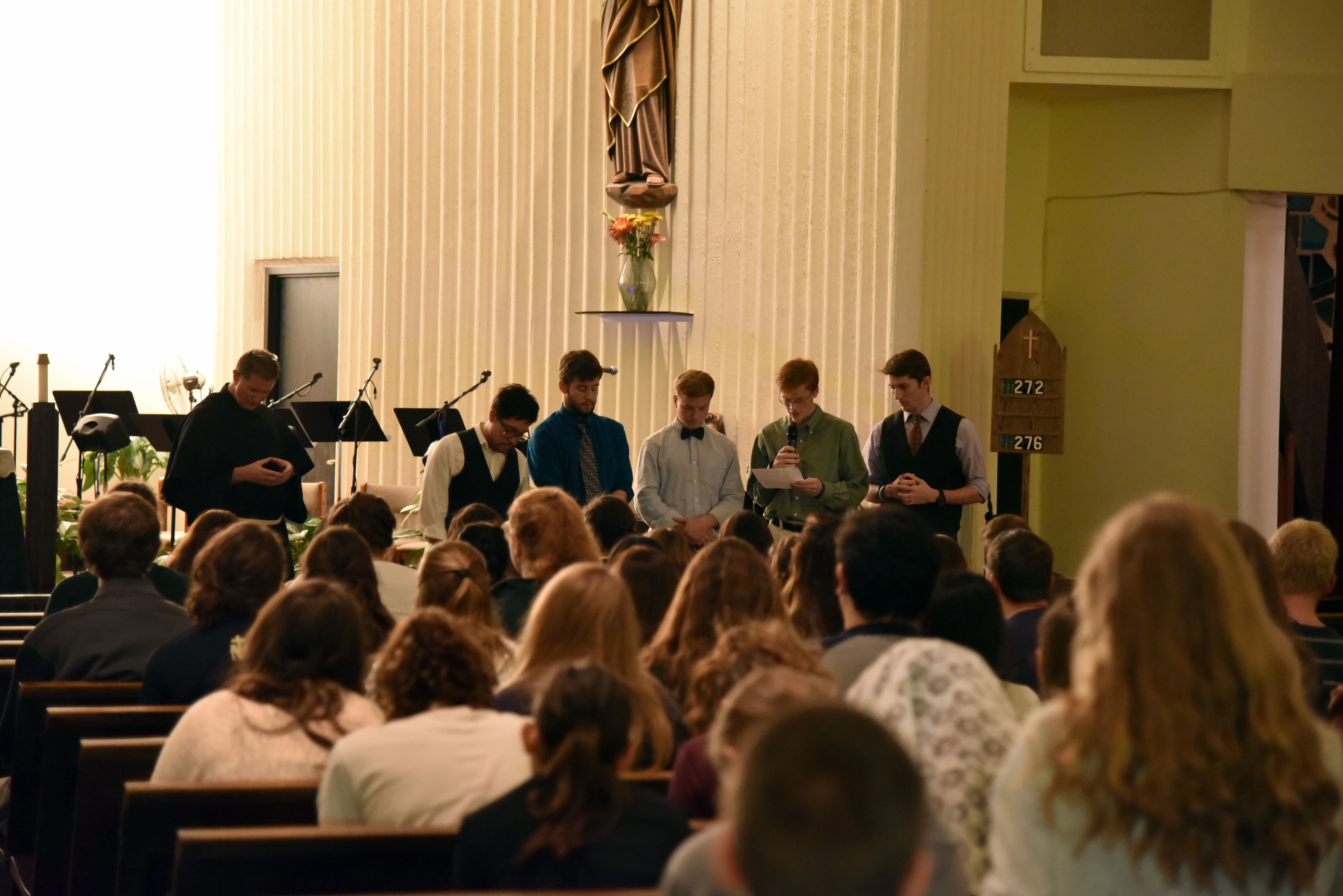 Our Lady won a multitude of hearts at Project Every Heart’s Marian consecration ceremony held in Franciscan University’s Christ the King Chapel on Oct. 7.

The ceremony was the culmination of Project Every Heart, a campus-wide Marian consecration movement spearheaded by resident assistants Ned Hesser and Kolbe Young, both from the Knights of the Holy Queen household.

The idea for Project Every Heart came from members of the Knights speaking personally with the Rev. Michael Gaitley, MIC, after the household sponsored a talk by him at Franciscan last year. Over the summer, Hesser and Young entertained the idea with other resident assistants. This led to Project Every Heart becoming a campus-wide movement.

Hesser noted a “very, very positive reaction” from students, “especially from those who just learned what consecration is.”

Reactions from students at the ceremony reflected this. Students renewing their consecrations said they felt “Mary speak in different ways” and others doing it for the first time said they felt empowered to spread the powerful message of Marian consecration.

The Rev. Nathan Malavolti, TOR, presided over the consecration ceremony. Collaborating with members of the Knights, Malavolti explained that the essence of Marian consecration is to approach Jesus through total reliance on Mary. After reciting a special prayer of consecration, drawn from both Gaitley and various saintly Marian devotees, all present signed a promotional banner. Hesser also spoke about his desire for Project Every Heart to spread. He asked the crowd to renew their consecration next year to keep the movement alive.

Young noticed that the success of the project is “a testimony to what Our Lady can do,” as evidenced by the turnout at the ceremony. He also observed that the majority of attendees were freshmen, which points to high potential for the project’s future success.

Young and Hesser also hope to get households more involved in the movement in years to come. They want to initiate discussion groups in the residence halls in addition to showing the aforementioned videos.