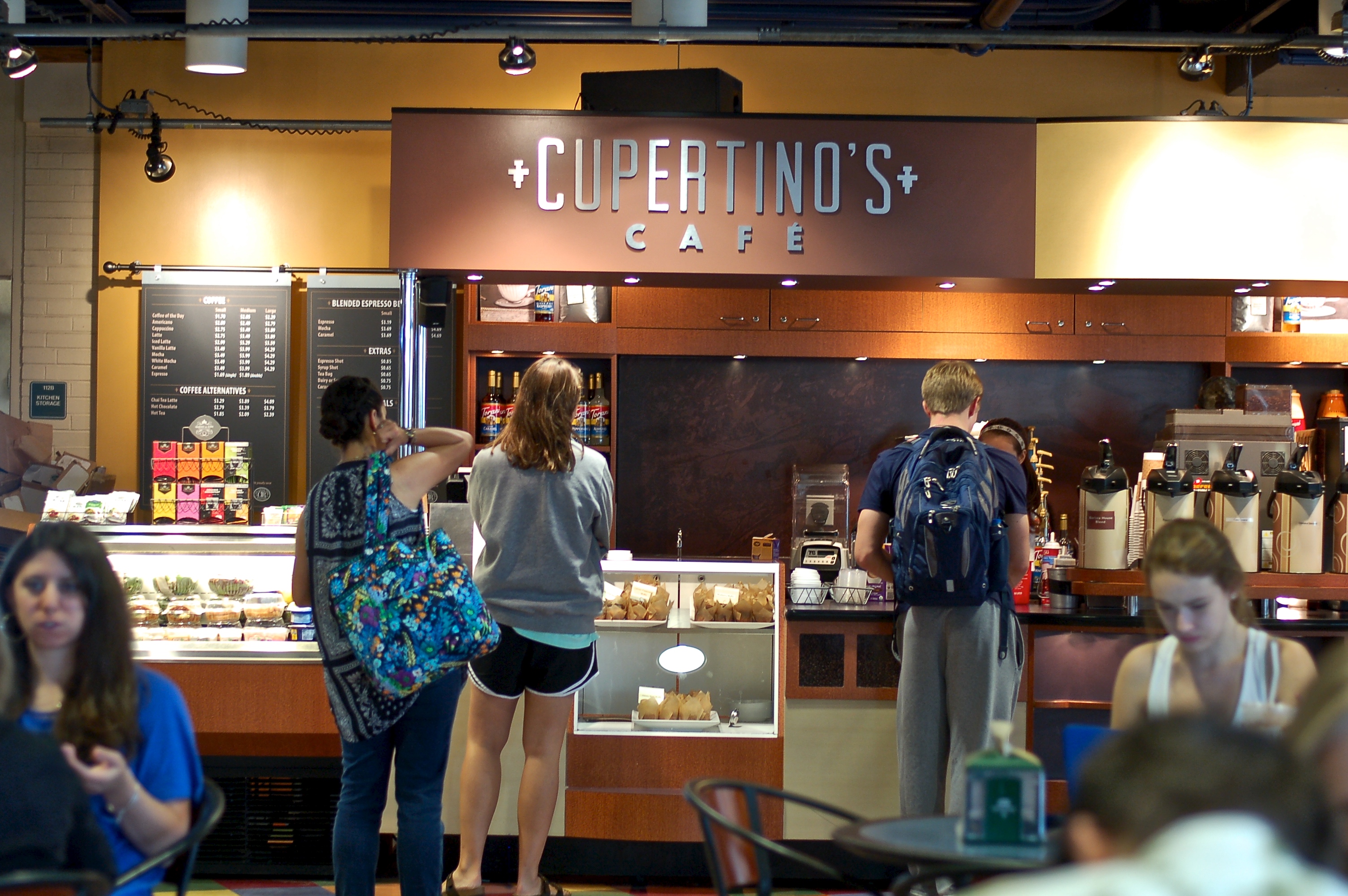 This academic year has brought new tastes to Franciscan University with the introduction of family-owned food provider, Parkhurst Dining Services.

After doing business for many years with Sodexo, Franciscan decided to change food suppliers after reviewing Sodexo last year.

The department visited other schools and carefully reviewed Parkhurt’s proposal before hiring the food provider.

The transition between food service providers has been quite smooth, said Schaefer.

Even so, there was a big learning curve, especially for the employees, who have almost all been retained from when Sodexo was in operation, continued Schaefer. However, with the new company, the employees are having to be retrained, he said.

“They are learning how to prepare more of our food with fresh ingredients and are relying much less on bagged or frozen ingredients,” said Schaefer. “It will take time for every part to be well-oiled, but both Parkhurst and the university have confidence in the food service employees and what they will be able to achieve.”

The switch happened quickly due to the summer conferences. New registers were inserted, and employees had to be trained on how to work the new system.

Another change has been in the food. Parkhurst values serving the freshest ingredients possible by aiming to have 20 percent of the food it provides be from local farms. Almost all of its vegetables are fresh instead of frozen. Salads are cut, washed, spun and chilled instead of dumping lettuce from a bag.

Parkhurst tries to make everything special, even the water, which is infused with a variety of flavors. The company has culinary gold standards, which include things like from-scratch soups, hand-cut fries, never-frozen hamburger and chicken and pizza dough made from scratch.

Students have noticed the changes in the food. The consensus is that there have been some vast improvements. Some students are happy just being able to eat the food.

Before Parkhurst was hired, junior Grace Martin was unable to eat in the cafeteria due to the food making her feel ill.

“The food tastes better and it doesn’t make me sick,” Martin said.

Despite positive comments about the quality of the food, some students question the timeliness of Parkhurst.

Senior Steven Beaudry said that it is much easier to get stuck in lines because there tends to be only one person working at the registers during the busiest times of the day.

Students Sean Coyle and James Nachtegall both said that while the food at the Pub is greatly improved, it takes way too long to purchase food.