Opportunity to enroll in the Angelic Warfare Confraternity brought to campus 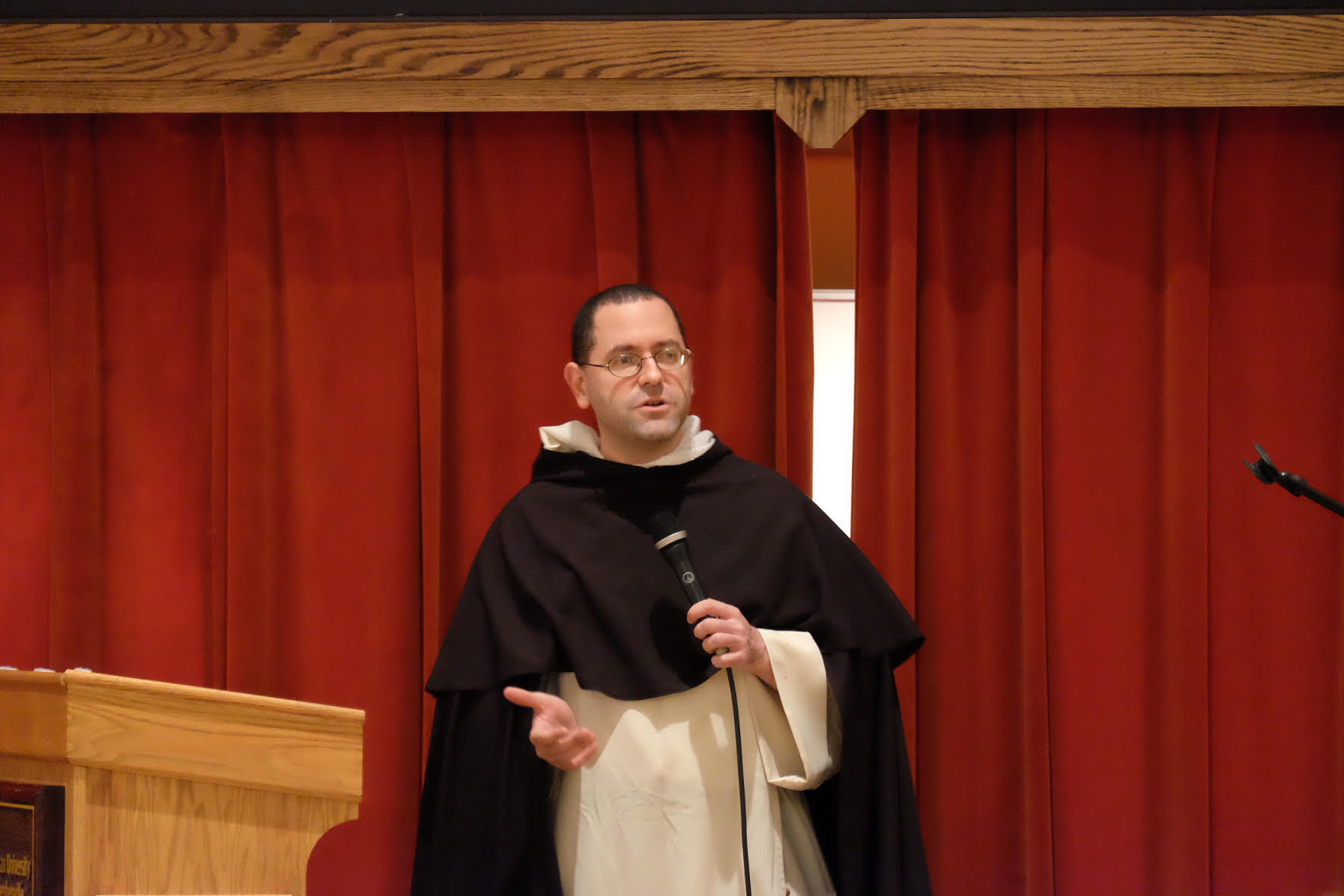 Franciscan University students had the chance to enroll in the Angelic Warfare Confraternity on the night of March 28, after hearing a Dominican priest speak on the Confraternity’s dedication to chastity and prayer.

Women’s household Beloved First Truth invited the Rev. Peter Totleben, OP, to speak on the Confraternity, a Dominican apostolate. Totleben explained that the Confraternity is based on the life of Thomas Aquinas, renowned for his purity. Its members commit to praying for the intercession of Aquinas, the Blessed Mother and the angels for an increase in purity and chastity, said Totleben.

“Chastity is a virtue that helps us love,” said Totleben. He added that practicing chastity is difficult, but that God allows the struggle because He can draw greater good out of it. Desire is part of humanity, and, in allowing for struggle, “God enables us to win a victory,” said Totleben.

Opposed to the prevalent view that offenses against chastity are inevitable, Totleben said chastity is attainable with the integration of reason and emotion. The reason gives a deeper understanding of the world and shapes desires. By checking passions with reason, according to Totleben, one can become unified in knowledge and desire.

“That sounds nice, but it’s actually the project of a lifetime,” said Totleben.

Totleben said whatever one’s struggles or failures, it is important not to be discouraged. Discouragement is the devil’s tactic, but it is Jesus who is merciful, Totleben continued.

“Your very desire to be virtuous is already the Holy Spirit working in you,” said Totleben.

After the talk, Totleben led a solemn reception into the Confraternity for those interested in joining. The group in the Gentile Gallery knelt among the rows of chairs and pledged to faithfully observe the obligations of the Confraternity. Following the final blessing, Totleben invited those enrolled to receive a medal or cord as a symbol of their dedication. Almost all in attendance went forward.

“I’m really glad they have this opportunity in general and I hope they do it again,” said senior M.J. “I think it’s really important in today’s day and age. Chastity’s a hard virtue to cultivate in the world’s environment.”

Junior Yeudiel Cervantes said, “I thought it was pretty great how (Totleben) gave another way to think about chastity and how he explained the Confraternity and its purpose.”