New household welcomed and inducted into the Franciscan family 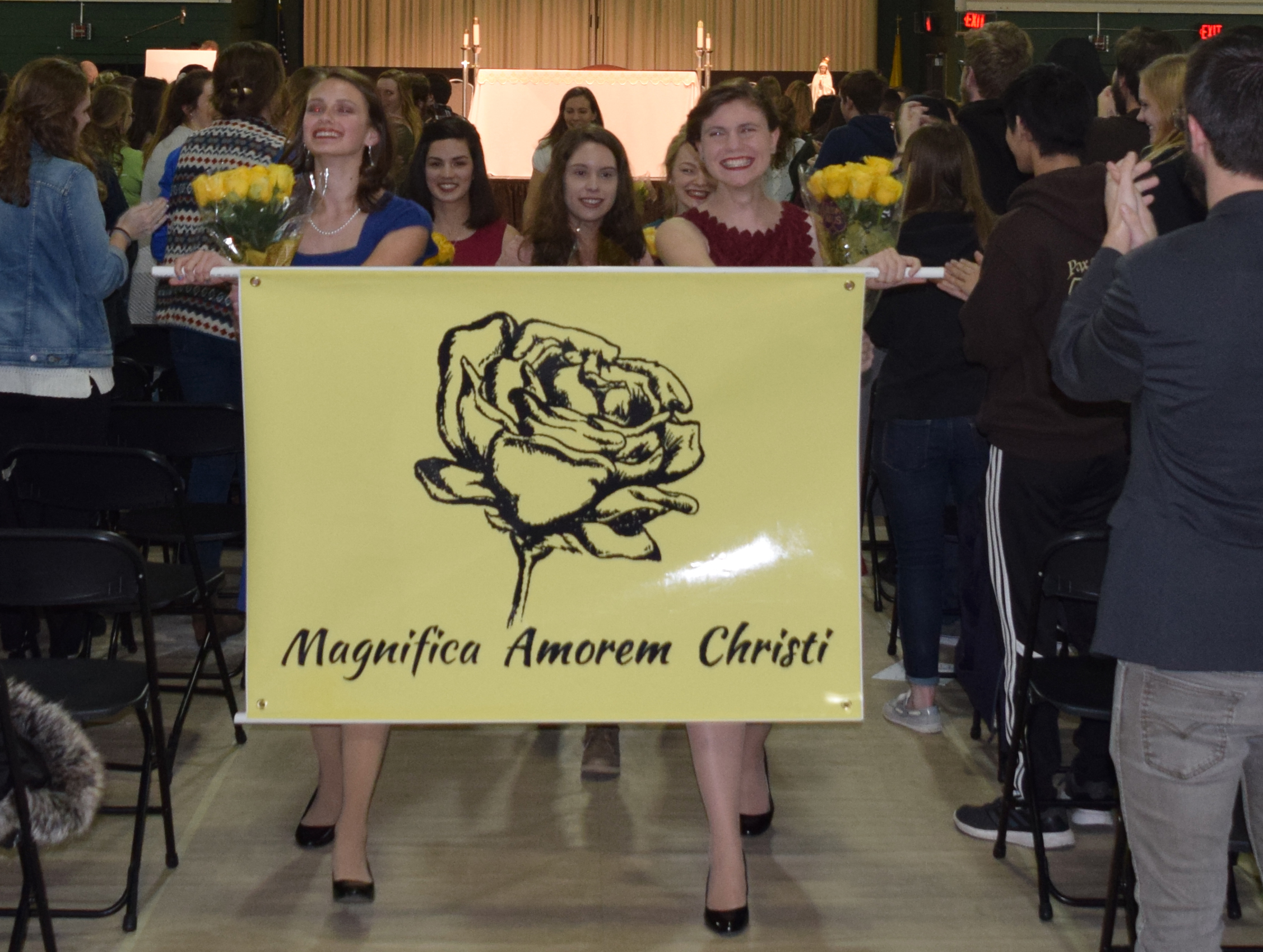 On Jan. 27, the spring semester Household Life Mass was held in the Finnegan Fieldhouse at 4:45 p.m. The room was packed as people excitedly gathered together with their household brothers and sisters.

Along with the general excitement that always accompanies the Mass, there was reason for added excitement, which was an induction of a new household. The induction took place at the end of Mass and was lead by the Rev. Rick Martignetti, OFM, and Bob Lesnefsky, who serves as director of Household Life.

The new women’s household, named Magnifica Amorem Christi, will be the 54th household on campus. Its major charism is simplicity, which is exemplified by its banner of a single yellow rose. The single rose is a sign of their striving for simplicity, while the yellow symbolizes child-like joy, another charism. Its patrons are St. Teresa of Calcutta, St. Chiara Badano and St. Bernadette of Soubirous. Theotokos household serves as its sponsor household.

The achievement of the hard work put into starting a household is also notable in this case because, as freshman coordinator Emma Vansuch said, “All our members our freshmen.” The young women were ecstatic after their induction, and it was evident their hard work had paid off.

The women of Magnifica Amorem Christi lead the banner procession at the end of their induction, though they did not process in at the beginning of Mass. The Mass was celebrated by Martignetti, the Rev. Gregory Plow, TOR, the Rev. Jonathan McElhone, TOR and the Rev. Nathan Malavolti, TOR.

The readings focused on the themes of discipleship and “going forth,” and the psalm called the congregation to “proclaim God’s marvelous deeds to all the nations.” Martignetti reflected on this “call” in the readings to live out the Christian message in his homily. He also spoke of his priestly ordination and how it “takes community to support and encourage vocations: witnessing to one another, even if they are going away from God.”

Martignetti spoke of households as a solution to sponsor this community of witness and accountability.

At the ending procession, the new household received more cheers from the students than they gave their own households, in a wonderful show of excitement and support.