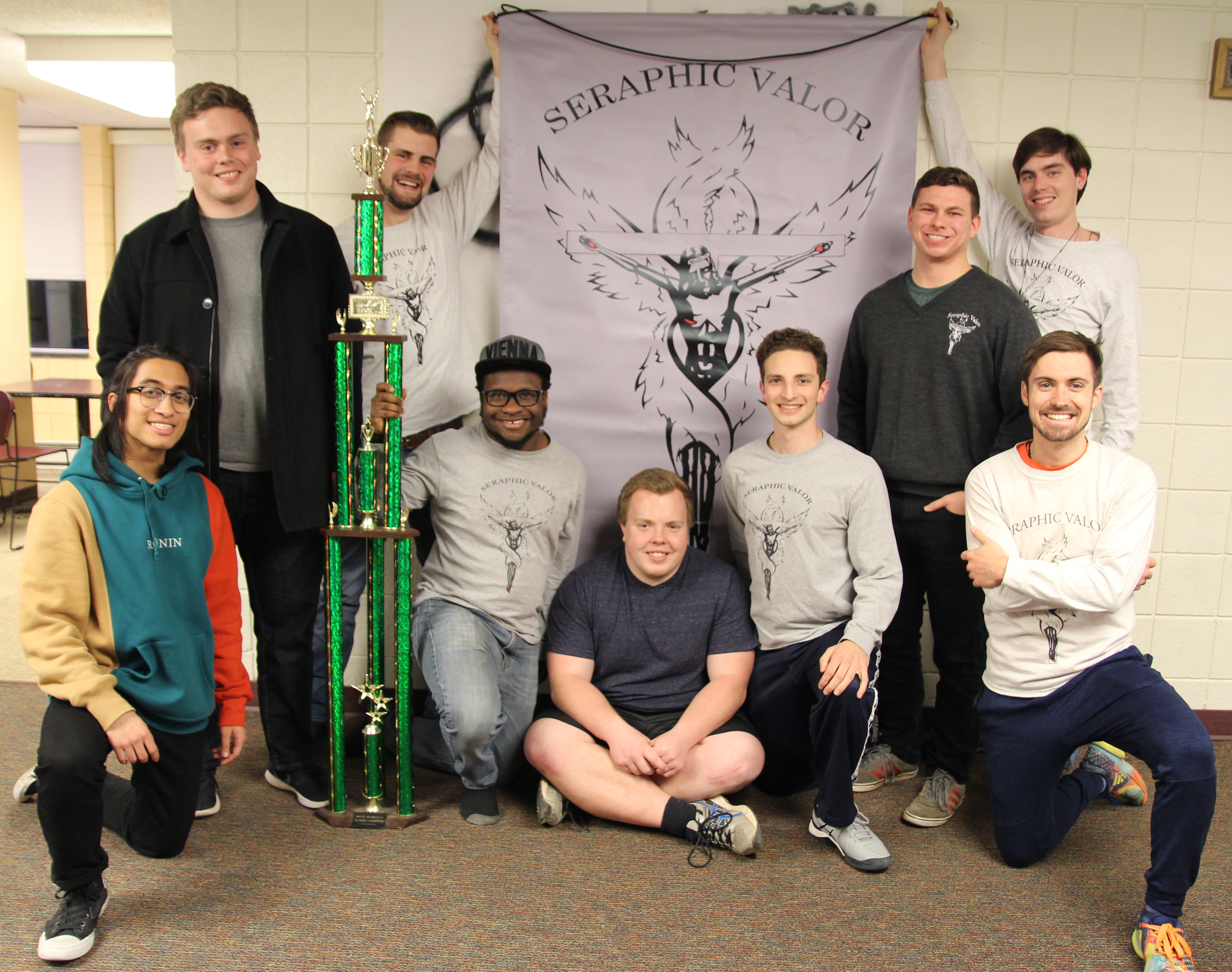 “Everything is geared towards Sunday, which is when we praise God with angels,” said sophomore Christian Capella, coordinator of Seraphic Valor, explaining the core of his household’s activities and prayer life.

In keeping with the model of St. Francis, Seraphic Valor is based on simplicity and humility. The household focuses on sincere prayer and faith formation, especially in the context of their Lord’s Day. “We spend most of our time … diving into the Word,” Cappella explained. “Our Lord’s Days are very deep.” He also noted that Seraphic Valor’s intent process is low-key for the same reasons. “We’re not flashy; we’re just trying to do the daily good and build authentic brotherhood.

Capella emphasized the household’s deep brotherhood, which traces back to the household’s founding. Seraphic Valor was founded five years ago by Jack Bruce and several other graduate students who desired a household where men could focus on a sincere sense of brotherhood and on growth in their prayer life. They wanted a household that people would join to devote themselves to God and to service done in his name.

For this reason, the household also stands out for its commitment to service, especially to the needy in downtown Steubenville. Every Sunday at 1:30 p.m., the men leave on foot from the rosary circle for St. Peter’s Catholic Church and spend the afternoon bringing love, friendship and homemade sandwiches to the poorer reaches of the city. “We start to build those relationships (with locals)” who come out to laugh and talk with the Seraphic Valor brothers, said Capella. “We become like a joy for them.”

Capella also spoke of a need for constant conversion in the context of their brotherhood. The men, as he explained, are committed to “keeping each other accountable and helping each other grow in holiness.”

The men build this brotherhood with each other through their works and their spiritual warfare. The household spends some of their time downtown praying for the defeat of evil, and they also host a rosary every Wednesday at 9 p.m. for the defeat of Satan. Capella noted that as the men prayed and fought together, they were able to build their close bonds with each other. “We’re in the trenches together. That’s what fosters that brotherhood,” he said.

Seraphic Valor is devoted to the Immaculate Conception. According to Capella, the men of Seraphic Valor are prepared to be martyrs. The household places a special emphasis on growing in their love of Jesus through Mary, such that they would be willing to lay their lives down for him. “Thus we must consecrate ourselves to the Immaculate Conception,” reads the household’s covenant. “This prepares us to abandon ourselves as an oblation to God’s providence.”

The household also has devotions to the stigmatization of St. Francis and to the angels of God. Capella told the story of the seraph appearing to St. Francis to give him the stigmata, saying that in the same way, the men of Seraphic Valor place an emphasis on the prayers and the wisdom of the angels, especially one’s own guardian angel. “We’re supposed to be learning from the angels,” he said.

Capella explained the household’s commitments in great detail. Of particular note is the commitment called the “Paschal Mystery of the Week.” As Capella explained, the household gives special recognition to the Sabbath, to the day of rest that has been given as a gift from God. The members of the household agree to maintain a healthy daily schedule and thereby to leave time for the worship of God. They also treat Sunday as the day to rest from their normal responsibilities and to devote themselves fully to God and to good works in His name.

When it comes to personal prayer, every member is expected to spend at least an hour a week in prayer with the angels. The idea, as Capella said, is to imagine “praising God with your guardian angel sitting beside you.” He explained that the angels have a special place in one’s prayer life. Many people, he said, tend to forget that the angels pray too and that one should keep them in mind during prayer. “I really think it helps you get deeper into prayer,” he said.

Capella concluded the interview by emphasizing his trust in the Holy Spirit’s guidance for the future of Seraphic Valor, saying that he and his household brothers will continue to grow in sincere faith, service and brotherhood in Christ’s name.