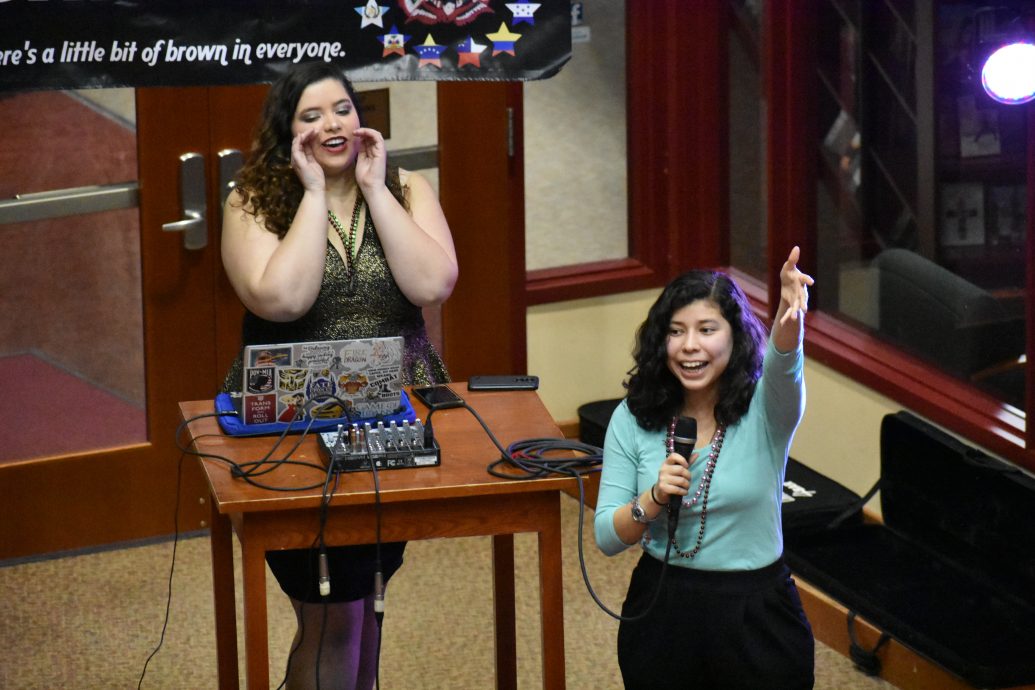 Dozens of students lined up to dance, mingle and feast on authentic Brazilian fare at Latinos for Christ’s annual Brazilian Carnival on the night of March 3 in the J.C. Williams Center atrium.

Passersby might have been deceived into thinking the Brazilian Carnival drew few attendees, but over 20 students were milling about in the corner of the atrium before the scheduled 7:30 p.m. start time waiting for the bacon-wrapped chicken and filet, sweet plantains and pao de queijo, more commonly known as Brazilian cheese bread, to be served.

Brazilian Carnival, which is traditionally hosted throughout Brazil for the entire week preceding Ash Wednesday, is part of Latinos for Christ’s mission to introduce the campus to different forms of Latino culture.

The atrium was decorated with festive crepe paper, banners and lighting synchronized with the salsa music, which encouraged some dancing as the night continued.

Sophomore Aileen Casillas, president of Latinos for Christ, was in charge of planning the event.

“We like exposing people to different types of Latino culture, not just Mexican,” Casillas said. “We chose to have Brazilian Carnival especially because it’s a really popular event down in Brazil right before Lent.”

This Brazilian Carnival was held just two days before the traditional Mardi Gras as a Latino counterpart to the more familiar New Orleans or pancake themes.

“That’s why we have food … and a dance, to celebrate right before Lent,” Casillas said.

The club’s carnival definitely fulfilled its mission, as many students came and went as the evening passed, enjoying the food, company and general atmosphere of mirth.

Freshman Mary Scott, who attended the carnival with some friends, said that she enjoyed “the music (and) the environment. The food’s great and everyone’s really friendly.”

2019-03-16
Previous Post: ‘The Scarlet and the Black’ informs and inspires students
Next Post: Running Barons see hard work pay off in the Big Apple