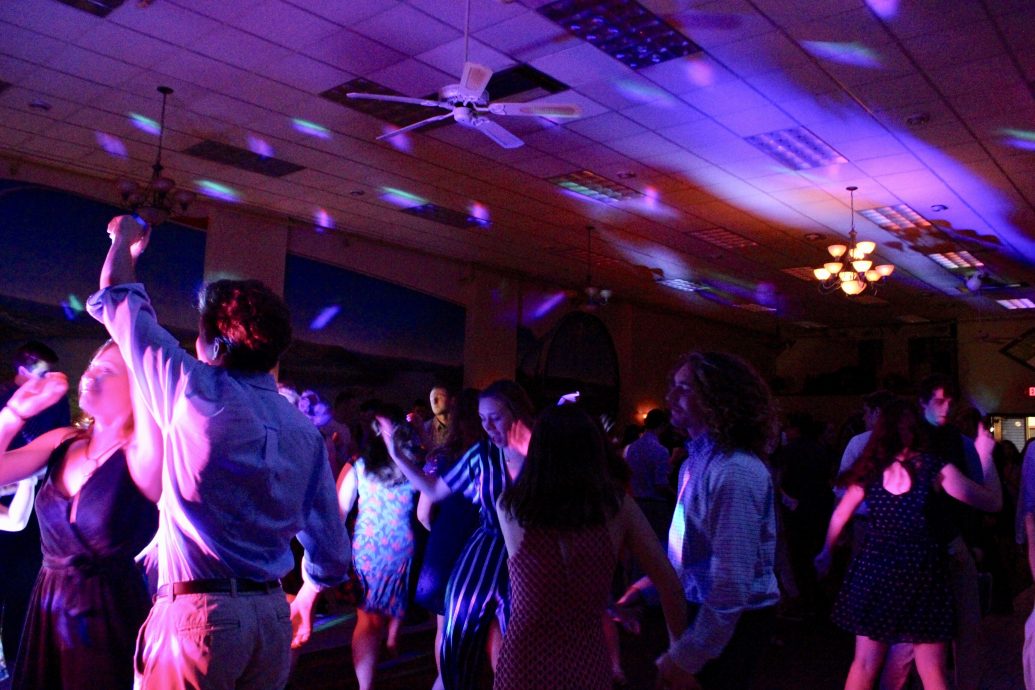 Close to 300 students gathered at Froehlich’s Classic Corner on the evening of March 29 for the household-hosted annual Sadie Hawkins Dance.

Men’s household Servants of the Savior has hosted the Sadie Hawkins Dance on Franciscan University of Steubenville’s campus for over a decade. This year, they advertised Sadie’s — the shorthand name for the dance — for months beforehand using social media, word of mouth and flyers posted around campus.

Members of SOS provided transportation shuttles to and from multiple locations on campus, including the Rosary Circle and Junipero Serra Hall, bringing as many students as possible to the dance despite it taking place off campus. Many students, especially underclassmen and others without cars, expressed their appreciation for the shuttle service.

The decision to move Sadie’s downtown to Froehlich’s ballroom for the first time made sense in light of the crowds that the dance has been drawing for years. Even off-campus, hundreds of attendees packed the dance floor and kept the party going past midnight.

Though many of the ladies in attendance had asked men to accompany them, it was obvious to all that the attendees were enjoying themselves with or without a date. Many students formed dance circles and conga lines as the night progressed and the bass boomed louder.

According to Servant Anthony DeFallo, SOS spent months planning Sadie’s in order to put on the best dance possible. “A lot of blood, sweat and tears honestly (went into planning the dance) … but in the end it works out,” DeFallo said.

This was the first Sadie’s for junior SOS intent Luis San Roman, who said that his favorite part of the night was “just seeing everyone dancing … and being happy.”