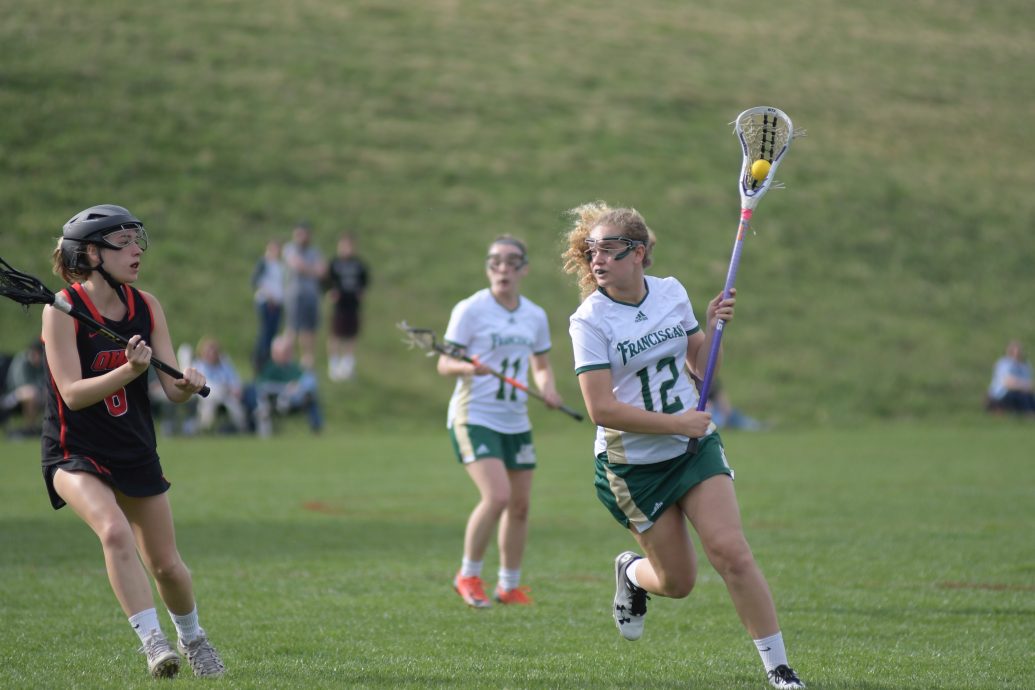 The game was slow and stagnant to start as both teams looked stout defensively. It was only after seven minutes of play that freshman attack Grace Deegan netted her first of the game to give the Lady Barons an early lead. The Battling Bishops then went on to score four unanswered goals to take a 4-1 lead over the home team with seven minutes left to play in the first half.

Looking to stop the bleeding, freshman midfielder Suzie Rosaschi won two quick draws that were both followed by goals coming from senior attack Elizabeth Dawyot and sophomore defenseman Maria Hilkert. Soon after, Deegan scored her 37th goal of the season on an assist from Dawyot to tie up the score at 4-4. The visitors managed to score one more before heading into the half, making the score 5-4 in favor of Ohio Wesleyan.

Defense continued to rule as the first seven minutes of the second half were scoreless until senior midfielder Elizabeth McEntee tied up the score at 5-5 on an assist from fellow senior attack Treise McCarthy. However, Ohio Wesleyan answered quickly with two goals of its own to reclaim the lead. The Lady Barons attempted to climb back into the game with two more goals, both from Deegan, but the Battling Bishops attack proved to be too much as they tacked on unanswered goal after goal until the score sat at 13-7 and the final buzzer rang.

Deegan scored four goals in this game and reached the 50-point benchmark with her fourth goal. Deegan has scored 14 goals in the last three games. Senior goalie Brittany Bain reached her 400th career save in this game as well.

Head coach Maura Conant was disappointed in the loss but saw some positives from the performance. “This was a valuable learning experience as we head into five conference games to round out our regular season.”

Conant went on to discuss the game plan for the upcoming games. “We’ll be focusing on our transition game, closing out double teams and slowing down the ball as we head into our five remaining conference games,” said Conant.

The Lady Barons will be back on Memorial Field Tuesday, April 16, at 4 p.m. to take on St. Vincent College.