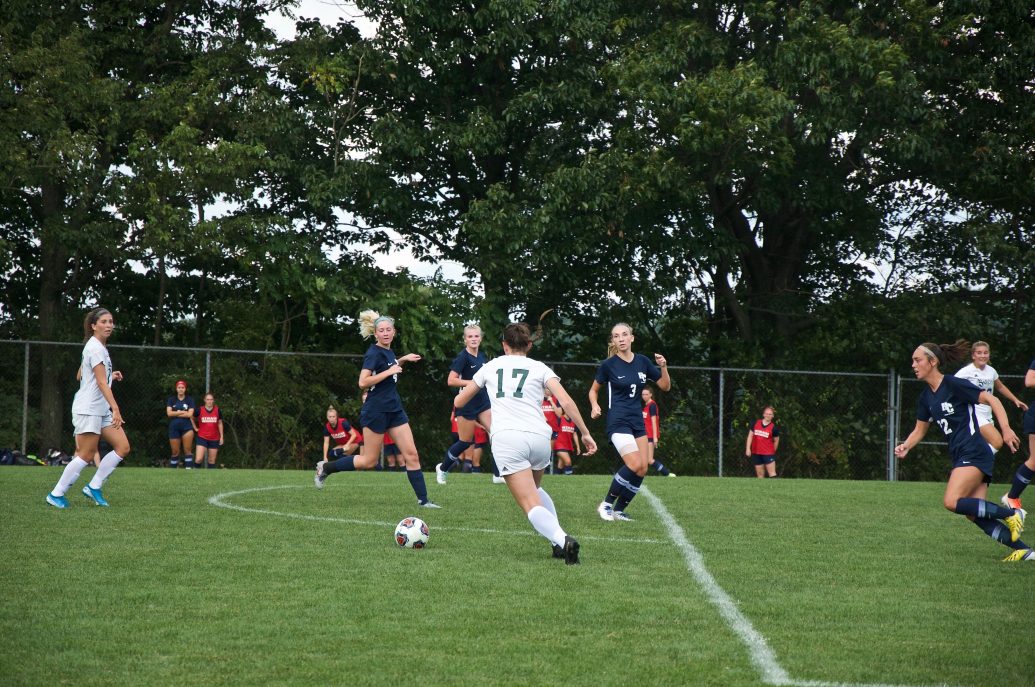 After an aggressive first half, the Lady Barons soccer team fell to Hiram College in a tough 2-0 home loss on Sept. 7.

During the first half of the match, the Lady Barons fought hard to maintain possession of the ball. However, the Hiram College Terriers got possession and scored the first goal of the game within the first 12 minutes of the match.

Despite this setback, the Lady Barons kept the ball on Hiram’s side of the field for much of the remainder of the half. They took many shots on net, but their efforts were not enough to best Hiram’s defense and goalkeeper.

The Barons continued to play aggressively and move the ball well, ending the first half on a solid note in spite of being down a goal.

As the second half began, the Hiram Terriers came back ready to fight, and the play from both sides developed into a more evenly-fought match with the two teams competing for possession of the ball.

With 23 minutes left in the game, Hiram snuck in a second goal to bring the score to 2-0. The Lady Barons fought back, and junior forward Marykate Bateman took a shot on net with 10 minutes left in the half. However, Hiram’s strong goalkeeper made the save, thus leaving the home team scoreless.

As the match continued, the game became more physical. With penalties on both sides, it was clear that neither team was willing to back down. In the last two minutes of the game, the Lady Barons increased their energy level, moved the ball well, and had many shots on net, but regrettably, none of the shots found their way past the Hiram defense. Despite the team’s efforts, the game ended in a loss.

Head coach Christyn Bobak said, “We were prepared for today’s game, and the first half showed that we were prepared to play. Our biggest breakdown was in the second half; we got mentally deflated.”

“It was hard for us to play as a team,” said Bobak, “but they know that, and I think next week is going to be a different story.”

The Lady Barons look forward to their next home game against Chatham University Saturday, Sept. 14 at 1 p.m.