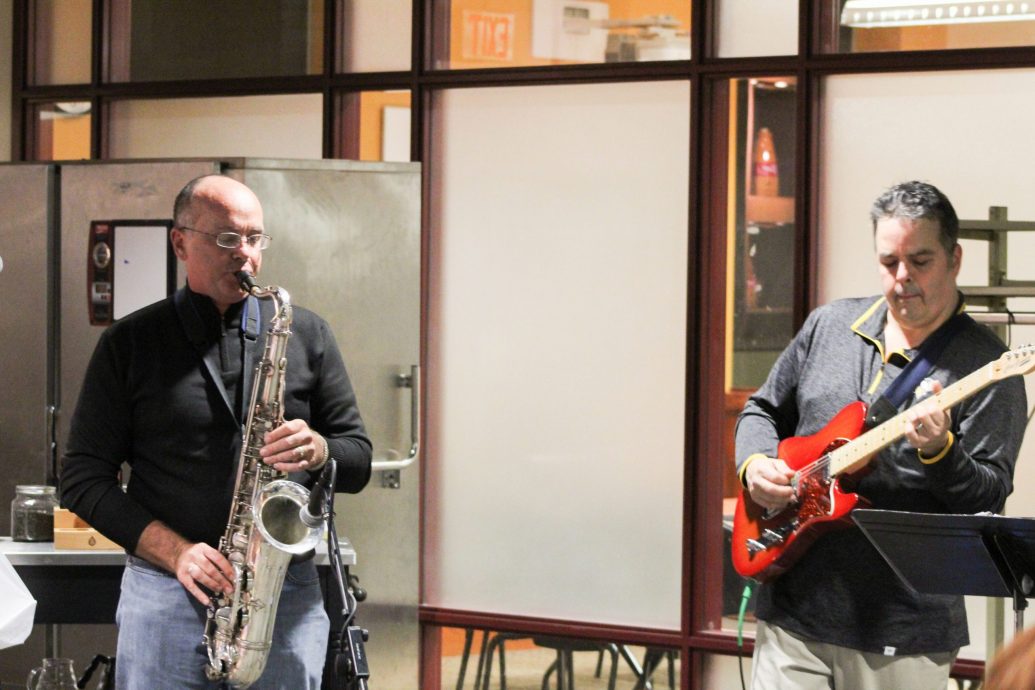 The usual hustle and bustle of the J.C. Williams Center was enlivened by the sound of jazz on Tuesday evening, Jan. 21, as theology professor Mark Miravalle and his band put on a performance for students.

Miravalle said that the idea behind his jazz performance was to “do a little tribute for the students and also a little manifestation of good Christian recreation. There’s probably not a lot of jazz or funk exposure on campus, and it’s nice … meeting diversity (in) musical form that we thought the students would enjoy.”

Students certainly enjoyed the change in atmosphere, as evidenced by the tapping of chopsticks to the beat of the music, a student dance-walking as he came out of the pub and rounds of applause after lively renditions of popular songs such as “Linus and Lucy” and “Happy” were performed.

“The atmosphere there was much different than a normal day by the pub,” said freshman John Wuller. “It was a lot livelier, and the music was very good!”

The atmosphere was so lively, in fact, that 9-year-old Susie Safranski was inspired to get up, jump and dance when the band started to play “Happy.” Her father, theology professor Benjamin Safranski, was one of the band members.

“I like (‘Happy’) a lot because when I was in kindergarten … my teacher would play that song, and dancing to it was really fun,” said Susie. She especially enjoys the song when her father is performing “because he plays it really good.”

Susie may be getting an encore performance, as Miravalle and his band plan to jazz up the J.C. for at least three more Tuesday evening performances.