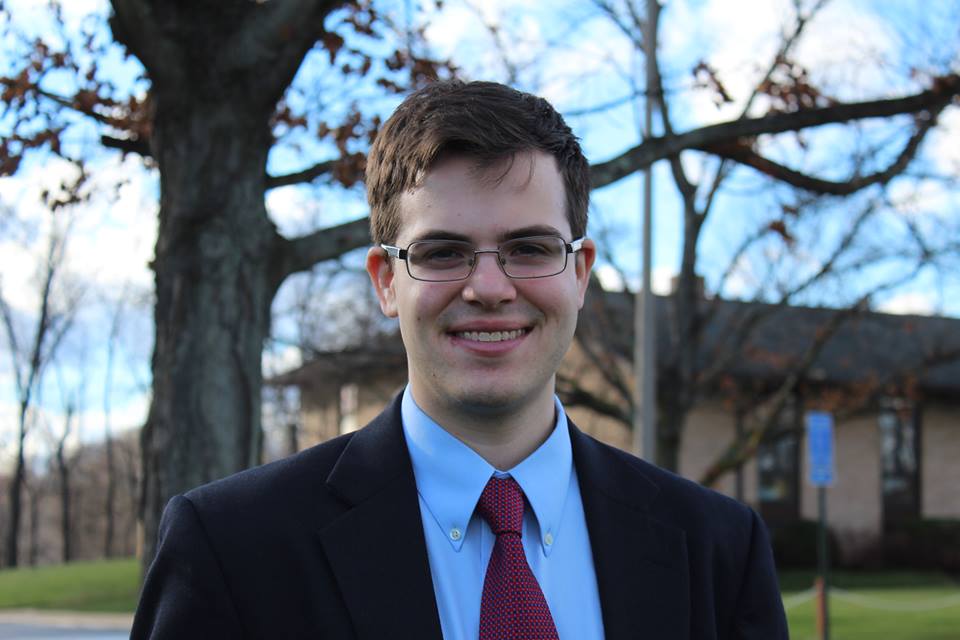 It is the pure conviction to stand up for conservatism that led student Tommy Valentine to run for a Virginia delegate seat to the Republican National Convention.

“I’m not sure I necessarily ‘want’ a political career,” said Valentine, speaking of his decision to run for delegate. “What I want is to stand up for our constitutional principles.”

Valentine, 22, is from Alexandria, Virginia, and is currently a junior at Franciscan University of Steubenville, majoring in history and communications.  Valentine, however, is no stranger to the political process. While still in high school, he created and produced the RetireJimMoran.com website. This website was an effort to monitor the legislative actions of Moran, a liberal U.S. Congressman from Valentine’s district in Alexandria.

Valentine said that his decision to run as a delegate to the Republican National Convention came as a result of several different factors.

“Well-funded leftists are trying to infiltrate the convention and water down the party platform and weaken its strong pro-life positions,” said Valentine. “I want to stand against these attacks on our values and principles.”

In essence he is running to ensure that his passion for conservatism and the passion of his constituents are well-represented at the convention.

As one might expect, the run for a place as a state delegate is a little more complex than what one might think at first glance.

“A lot of money and time (comprises the race),” said Valentine.  “A record 19 people are running for three spots. The top three will be delegates, and the next three will be alternates. We will be voted on at the district convention in May.”

Valentine believes his experience will be a helpful asset in his bid to be a delegate.

“I’ve been heavily involved in local causes and helping local candidates for years, so I hope that gives me an advantage,” he said.

Valentine is convinced that this year’s Republican National Convention will hold monumental significance.

“(The convention is) earlier than usual this year to give our nominee more time to campaign,” said Valentine. “It’s possible there will be an open convention, where the nominee is decided by the delegates on the floor of the convention, but that is still unlikely.”

In any case, the convention will be a defining moment for the Republican nominee.

“Regardless, the convention is the first opportunity for the nominee to introduce himself to the nation,” said Valentine.

Valentine said that the importance of young people’s involvement in this election cannot be underestimated.

“It’s a cliché, but it’s absolutely true,” said Valentine. “If you don’t get involved, you have no right to complain. We hear all the time that young people are liberal – maybe because those of us who are conservative aren’t getting out there and getting involved. Pope Francis said that ‘politics is the highest form of charity … because it seeks the common good.’”