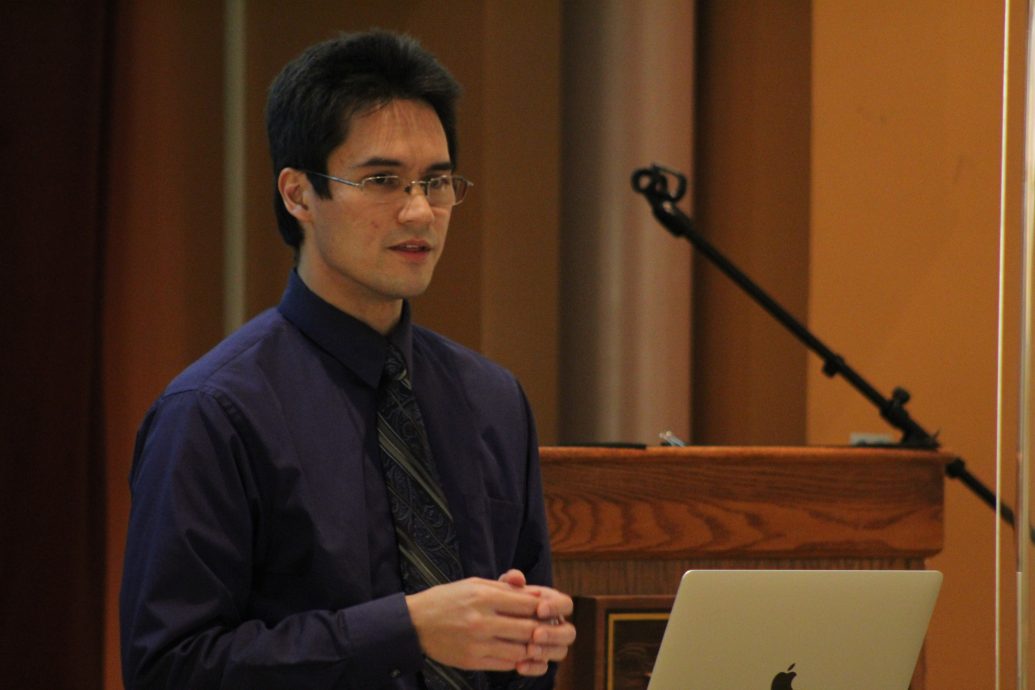 A talk from a biology professor, entitled “The Science of Abortion,” enlightened students on arguments for fetal stem cell research March 4 in the Gentile Gallery.

Derek Doroski, who holds a doctorate in biomedical engineering, began the explanation of the functions of embryonic stem cells with a reference to “The Wizard of Oz.

Doroski said that the pluripotency of embryonic stem cells makes them so valuable, along with their self-renewal.

But Doroski does not believe that the harvesting of these powerful cells is necessary or at all worth the sacrifice involved.

Doroski said there are three common arguments in defense of harvesting embryonic stem cells, and that each is faulty.

The efficiency argument states that if the embryonic stem cells are going to die regardless, one might as well use them for something productive, Doroski said.

Doroski said that this argument’s fundamental principle is: “If someone is going to die, it is OK to kill them for research purposes.” This statement is very easy to refute, Doroski said.

He said he had similar criticisms of the utilitarian and the “burning building” arguments.

The last third of Doroski’s talk covered ethics and the humanity of the embryo. He again quoted Thomson and said, “If human embryonic stem cell research does not make you at least a little bit uncomfortable, you have not thought about it enough.”

Dr. Doroski lastly said that the pro-life opinion of the beginning of life was also completely scientific.

“If you trust the science,” he said, “then you have to believe that the human embryo is a human being.” This fact can be found in almost every published biology textbook, he said.

Sophomore Alex Casey said, “It was a fantastic talk. I liked that he focused on the arguments for embryonic stem cells and took apart each one. It was very informative and helpful and I feel confident that I can now defend the Catholic views on stem cells.”