Bioethics specialist discusses the ethics of in vitro fertilization 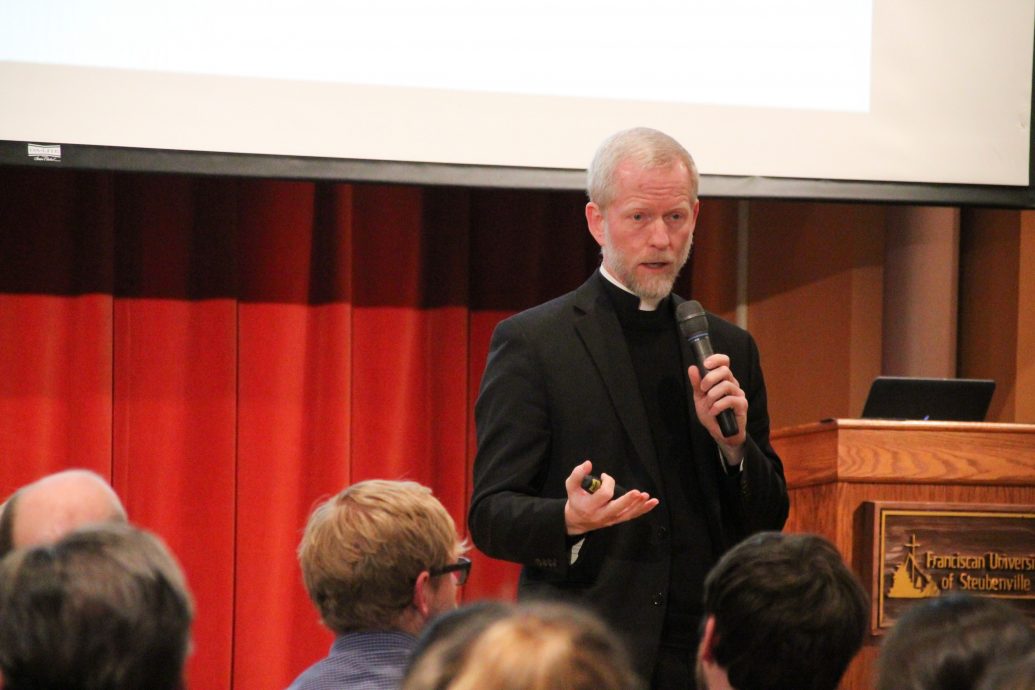 The director of education at the National Catholic Bioethics Center addressed the ethical problems with in vitro fertilization Monday in the Gentile Gallery, explaining why Catholics should not use artificial means to conceive.

The Rev. Tadeusz Pacholczyk, who holds a doctorate in neuroscience, discussed with about 185 students the ethical concerns involved in the various ways couples might artificially try to have children.

The most popular method, in vitro fertilization (IVF), harvests a woman’s eggs and a man’s sperm to create mature embryos in lab glassware, some of which are then ejected back into the uterus while the others are either discarded or frozen in liquid nitrogen. Pacholczyk said this can lead to many ethical issues because the lab chooses which embryos are the most optimal to implant into the woman.

“What we have going on here is actually a form of discrimination against certain humans,” Pacholczyk said.

“Procreation is one of the most personal of choices that we can be partaking of,” Pacholczyk said. “It can never be reduced to some kind of manufacturing protocol.”

In addition to providing thought experiments to place IVF in perspective, Pacholczyk provided an example of a woman who told him that she understood that there were issues with IVF despite having a lax Catholic upbringing.

“She was able to see this — even in the absence of any explicit Catholic teaching growing up — that this was something you couldn’t possibly do,” Pacholczyk said.

While artificial means of conception involve ethical issues, Pacholczyk said that there is still hope for couples who are infertile, such as natural family planning and NaPro Technology. He also said that God may have a larger plan for infertile couples.

“What does it mean to be fruitful as a man and a woman?” Pacholczyk asked. “Does it just mean having a baby of your own flesh and blood? Or is there sometimes a bigger design that God is revealing to this couple?”

The talk was sponsored by the Students for Life club.