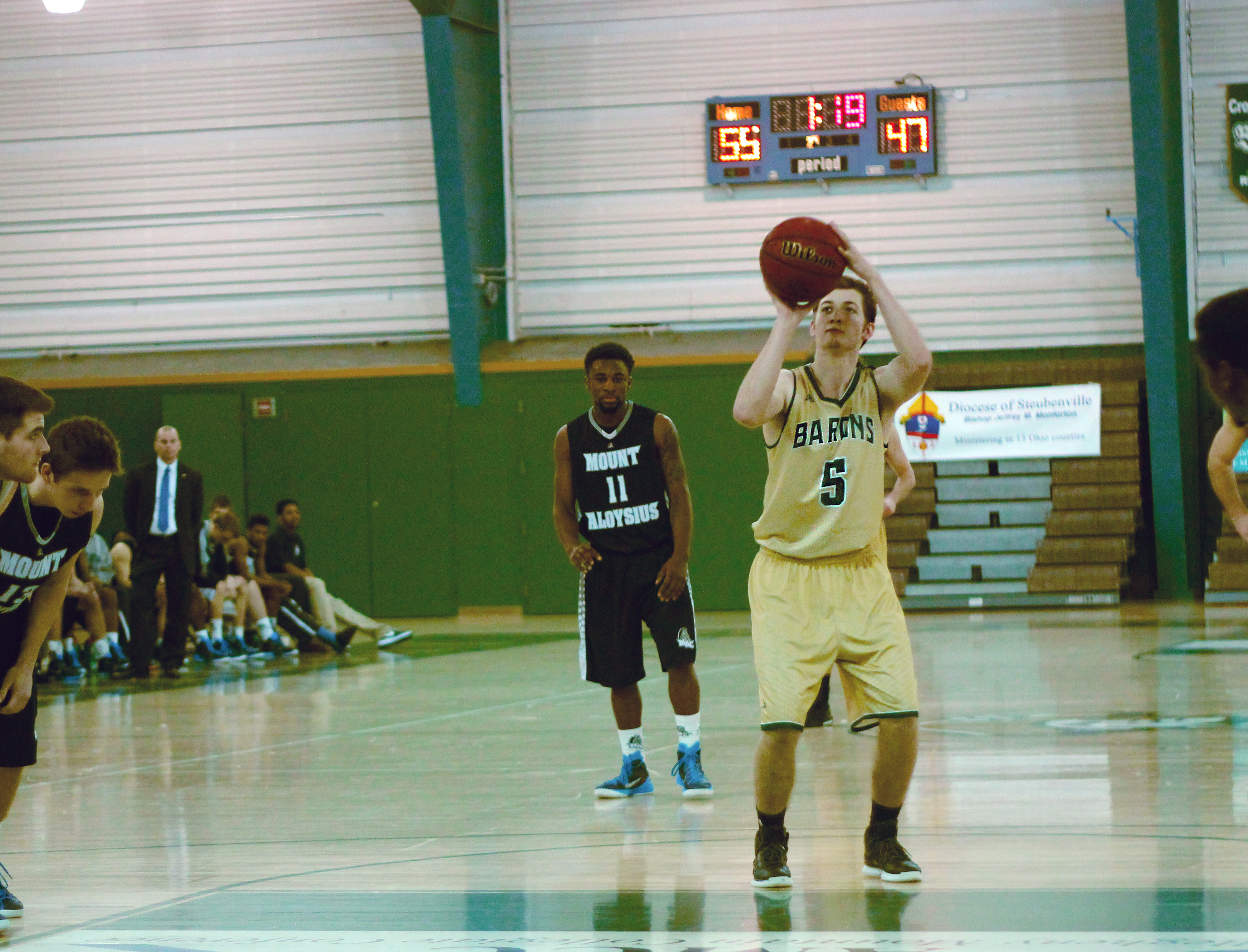 Baron basketball continued Wednesday night as the Franciscan University men slid by to gain victory over the Mount Aloysius Mounties.

Up by 11 with less than four minutes to play, it seemed like the Barons had the game on lockdown. However, things got interesting when the Mounties cut it to three points with less than a minute left.

Coach John Lamanna commented on the intense ending. “We just told them that if we can get defensive stops, rebound the ball and hit our foul shots, then the game will be over,” he said.

Franciscan executed Lamanna’s plan well. Shooting nearly 80 percent from the foul line on the whole night and outrebounding their opponents, the Barons came away with a six-point victory over the Mounties.

Despite the win, Lamanna was concerned with his team’s ball security.

“The big story is our turnovers,” said Lamanna. “We still turn the ball over too many times and many of them were unforced. If we did a better job of taking care of the ball, the end of the game might not have been as close.”

This was the Barons’ second win in a row, and they look to get their third conference win in a rematch against University of Pitt.-Bradford Saturday.

“What we’re going to do is keep the defensive focus and the defensive mentality,” said Lamanna. “The goal is to go out there and really guard them. If we look at our game the first time we played Pitt.-Bradford, we didn’t defend as well as we’re defending now so that’s crucial.”

The Barons have eight games left in the season, all of which are part of conference play. They will be back in Finnegan Fieldhouse on January 31 to take on Hilbert College.